Don’t sleep on the job! Dozing builder gets a rude awakening Don’t sleep on the job! Dozing builder gets a rude awakening when colleague topples CONCRETE blocks like dominoes onto his HEAD

This is the hilarious moment a dozy builder gets the fright of his life after falling asleep on the job.

Footage shows an unnamed worker searching for his colleague after he appears to have inexplicably disappeared out of sight where they’re both supposed to be working.

The film which was shot in Stoke on Trent on Friday April 20, just after lunchtime,  shows one man making an attempt to track down his missing mate.

As the man talks to the camera to bemoan his colleagues’ disappearance from duty; he turns a corner only to discover that in in fact he is not working but asleep on one of the hottest days of the year so far.

The one builder says as he films: ‘He’s fallen asleep on the job again.’ 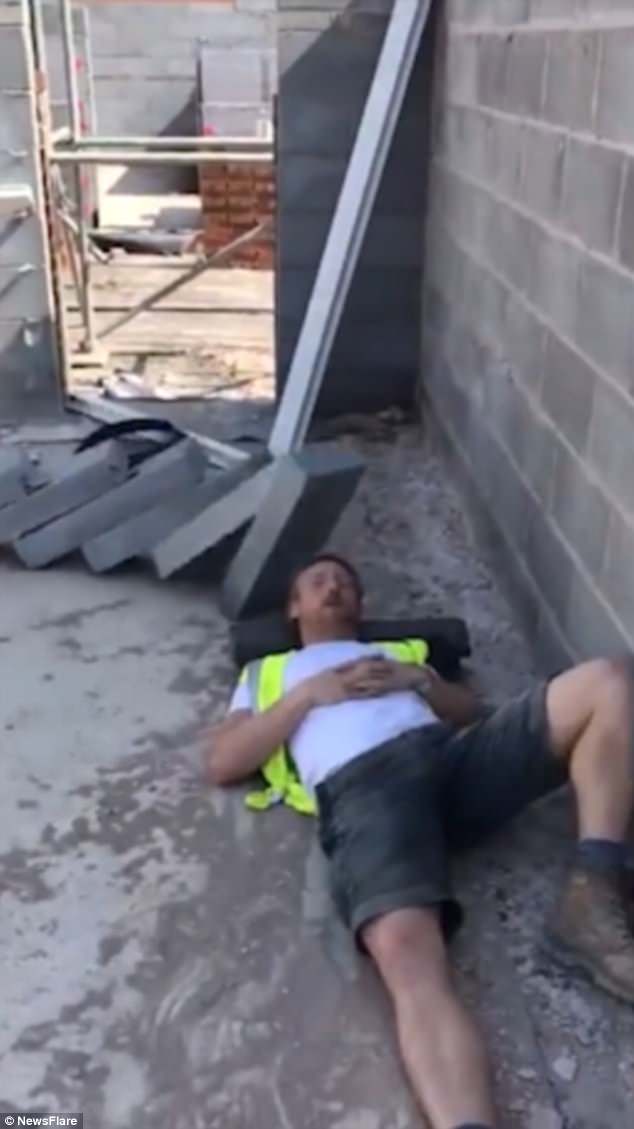 The man holding the camera then finds his wayward workmate who is wearing construction clothes lying on the ground having 40 winks next to a row of a dozen concrete slabs standing on their ends.

The unnamed video-grapher, not impressed by his friend’s lazy work ethic, then tips on the slabs, causing a domino-like effect with each of the blocks landing one after the other before the final slab comes crashing down on the sleeping worker’s head.

“We made sure it would be memorable. 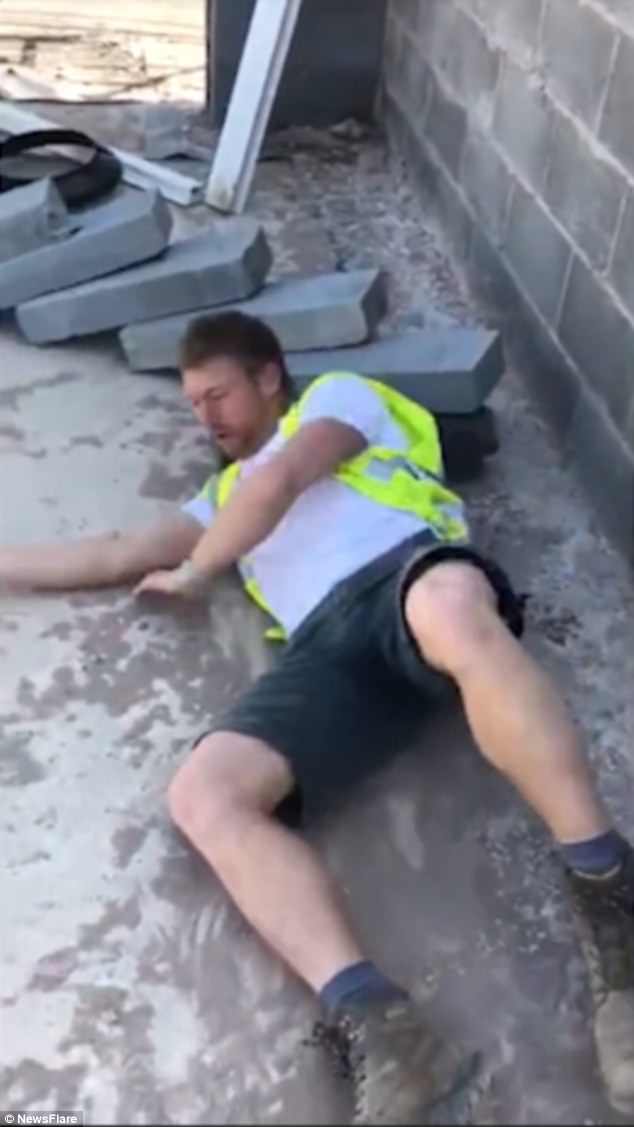 The clip was filmed on April 20 which was one of the hottest days of the year so far.

It was shot in Stoke on Trent as the workmen were supposed to be going about their daily duties.