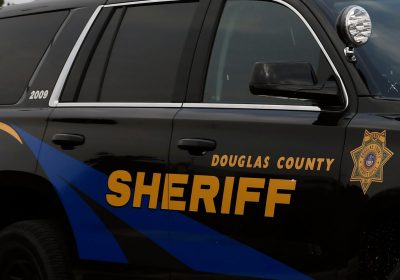 A Douglas County deputy who shot and killed a man who fired a semi-automatic rifle at deputies was justified in using deadly force, according to the district attorney’s office.

On April 23, Deputy Christopher Lippolis shot Samuel Yeager, 23, at the Interstate 25 interchange at Happy Canyon after a man called 911 to report an armed man in the area, according to a review letter of the incident by the DA’s office.

The day of the shooting, Yeager failed to comply with Deputy Brent Butler’s commands to drop the weapon, which initially was in a soft carrying case, according to the review. Yeager removed the gun from the case, while lying on the ground, and assumed a shooting position, pointing the weapon at both Butler and Lippolis.

“Based upon my review of all materials, I find that Deputy Lippolis legally and justifiably shot Samuel Yeager based on his reasonable fear that Samuel Yeager was about to fire on Deputy Butler, that Yeager did in fact fire at the deputies, and that Yeager’s conduct constituted an imminent threat of death or serious bodily injury to himself, Dep. Butler, and citizens traveling on or near the I-25 and Happy Canyon junction,” according to the June 4 letter to Sheriff Tony Spurlock signed by Chief Deputy District Attorney Gary Dawson.

Prior to the shooting, Yeager had been hiking with a friend and acting irrationally, according to the review. The pair, who had smoked marijuana, were going to “go shooting” after the hike, but Yeager made several paranoid and delusional statements and his friend felt threatened. The friend was driving Yeager back to his car, “but then dropped Yeager off” on the side of the highway off-ramp where the shooting unfolded.