What a laugh! A dramatic marmot, laid-back chimp and laughing zebras lead the pack at the Comedy Wildlife Photography Awards

From windswept penguins to laughing zebras and playful lion cubs, the fourth annual Comedy Wildlife Photography Awards has shown adorable creatures joking around and getting up to some silly antics.

A selection of cheeky monkeys are also included in the shortlist of 40 glorious pictures, including a pair caught in an uncompromising position and a baby chimp leaning back and relaxing.

Other confident critters include a marmot who appears to be dramatically performing to the other animals and a sparring pair of foxes who end up taking a tumble.

The awards were founded by Tanzania-based wildlife photographers Tom Sullam and Paul Joynson-Hicks, who said this year was an ‘absolute delight for the judges with possibly the best entries we have ever had.’

As well as providing a smile, the competition works alongside the Born Free Foundation to highlight a more serious matter – the importance of conserving our planet’s beautiful wildlife. 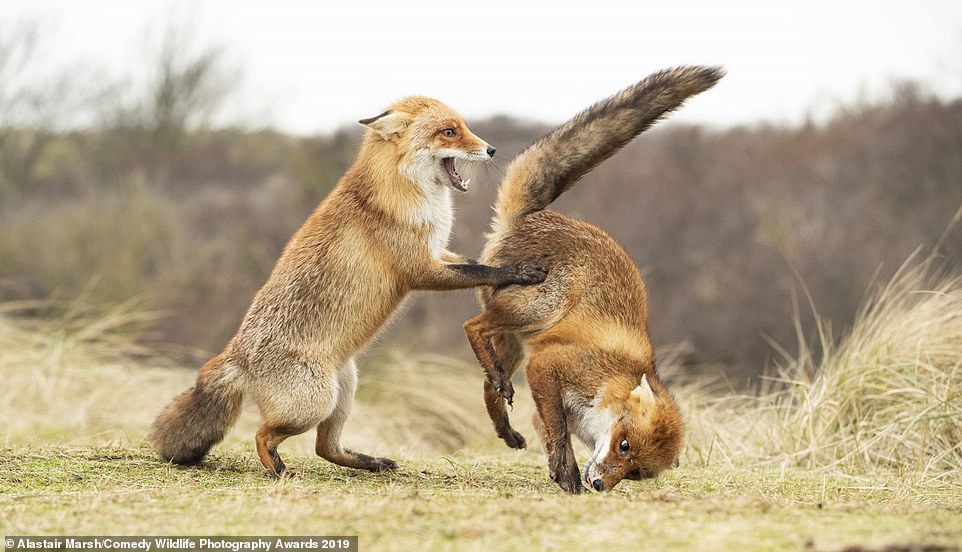 Taking a tumble! These two foxes were caught in the heat of the moment and fighting in the grass for this fantastic picture 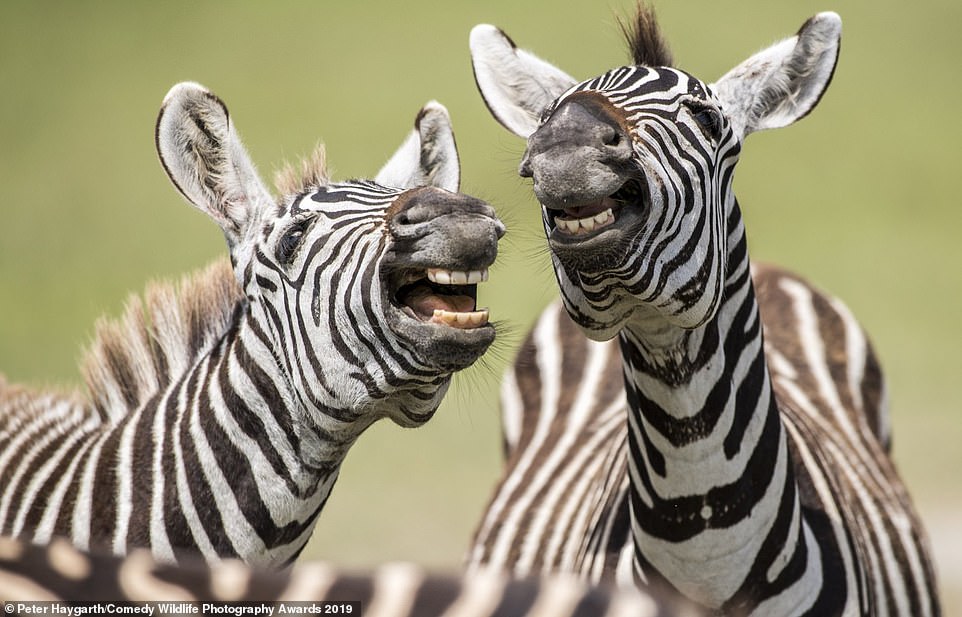 Smile! A pair of zebras also made the shortlist for showing off their pearly white teeth to match their beautiful stripes 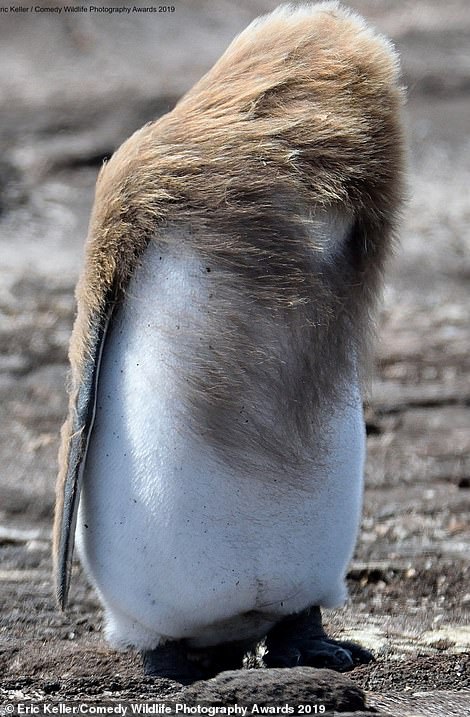 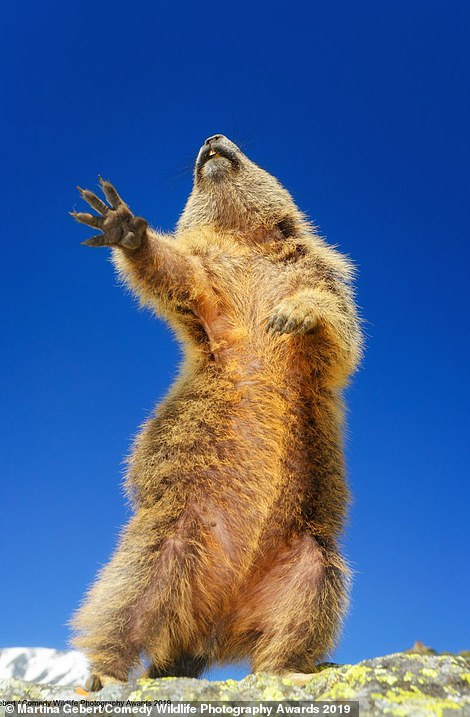 Strong performers! Animals including windswept penguins, left, and a dramatic marmot, right, photographed by Martina Gerbert in the Alps were also picked by judges to be included in the final of the Comedy Wildlife Photography Awards 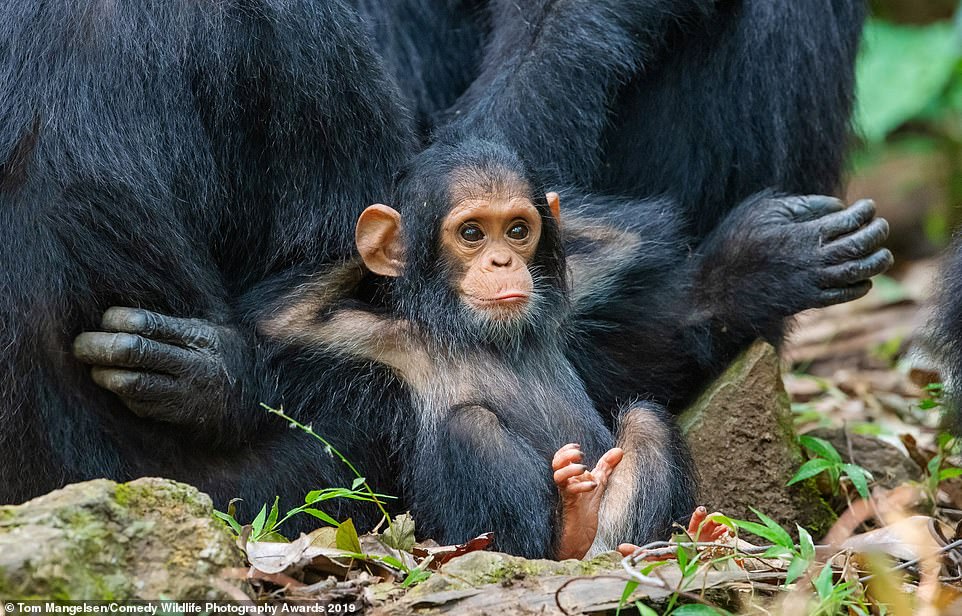 Chilling to the max! He may only be a baby, but this chimp knows how to kick back and relax – even using an adult as a rest 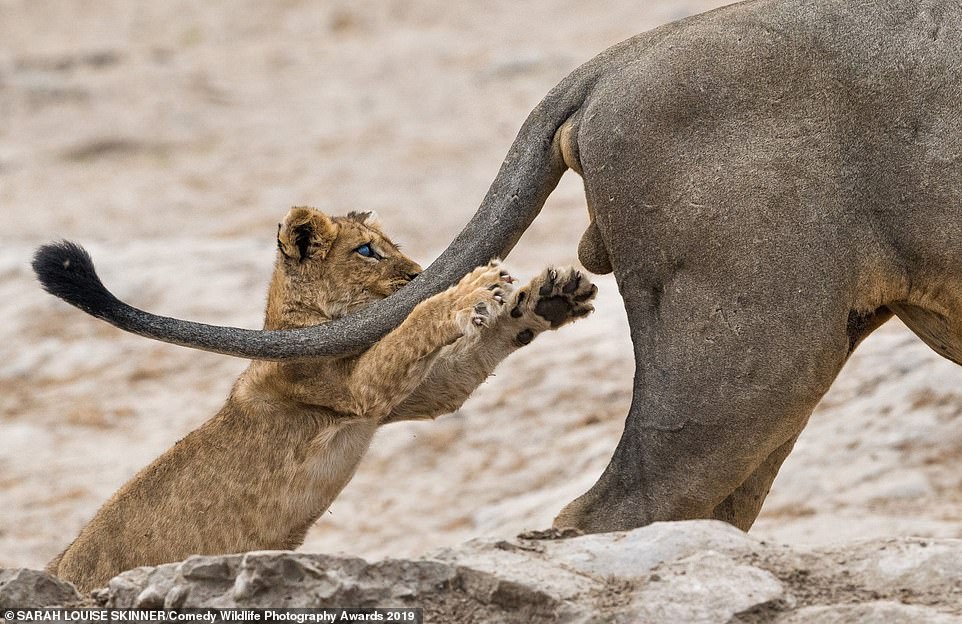 Cheeky! This playful lion cub stayed a little too close for pouncing practice while out for a walk with its parents 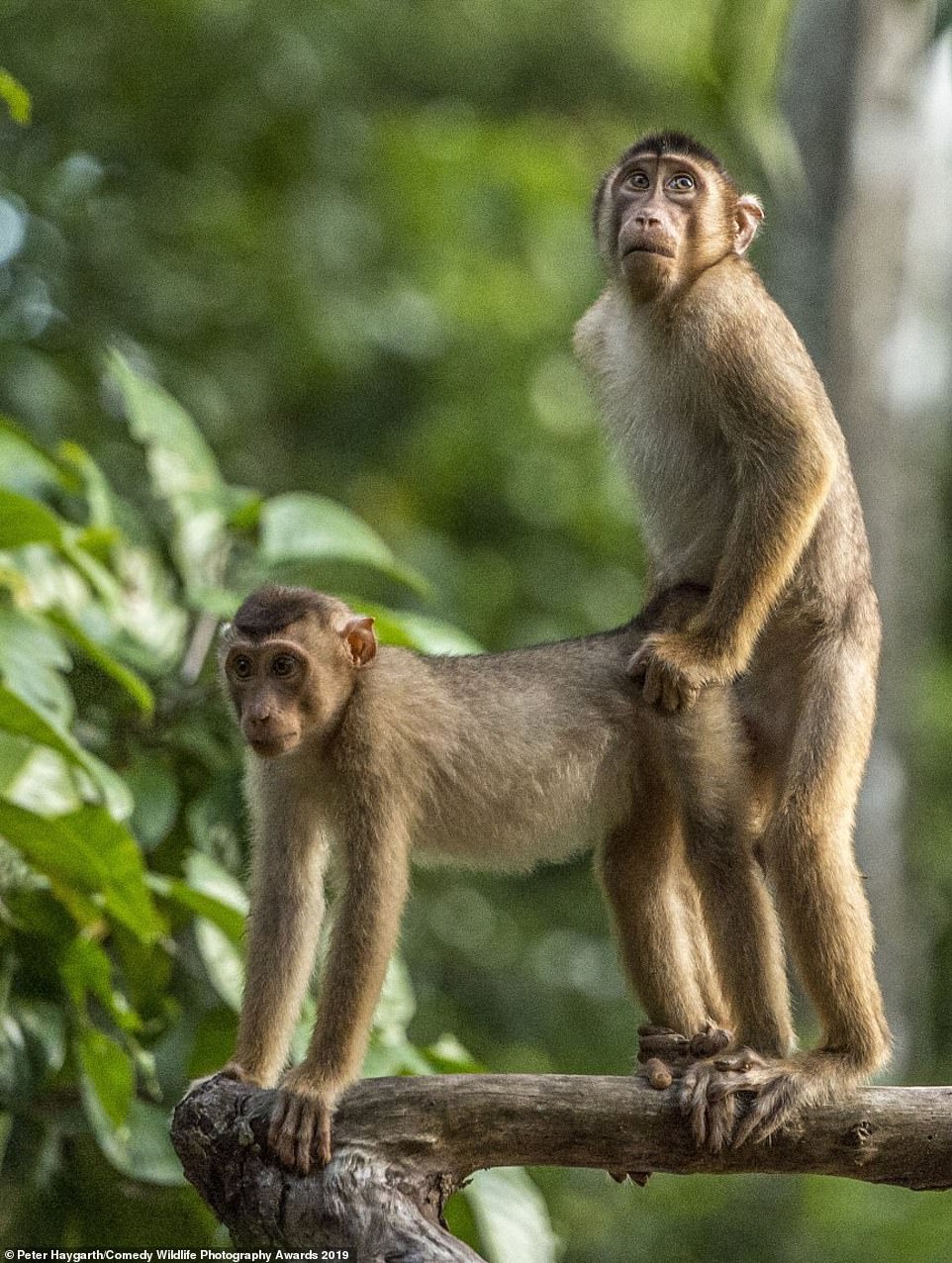 Caught in the act! These two were photographed in an uncompromising position but made it into the final 40 photographs 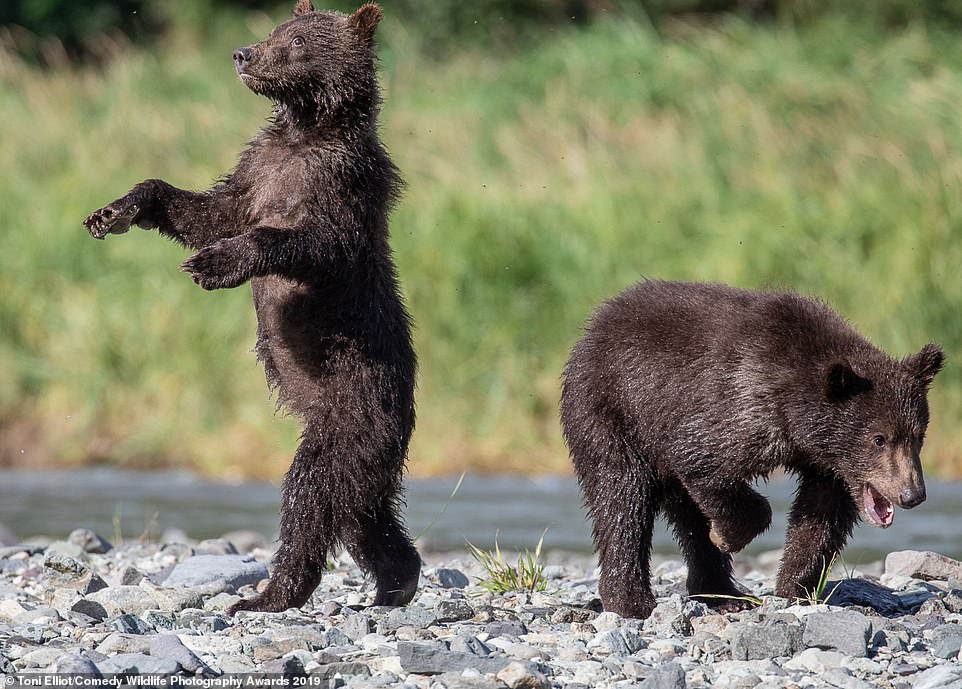 Walking away! It is not clear what happened between these two, but this independent spirited bear showed it could stand on its own feet by moving away from the other animal which appeared to be unimpressed at the taste of something 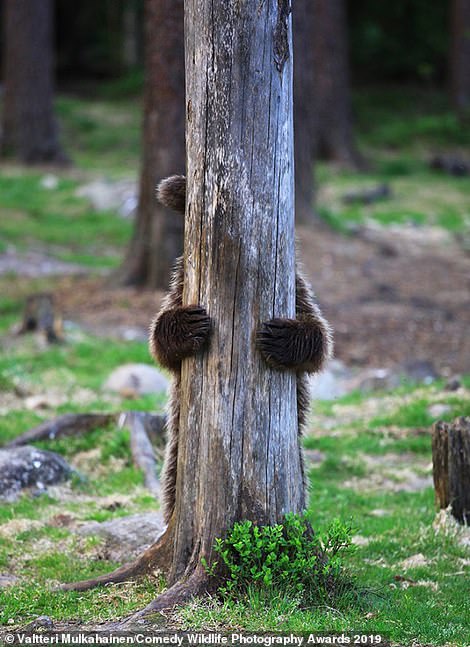 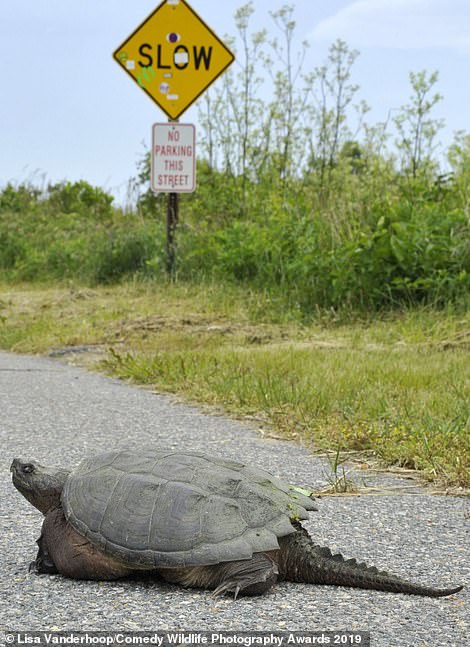 What are you doing there? Photographers spotted animals such as a shy bear, left, and a curious turtle, right, in unusual spots 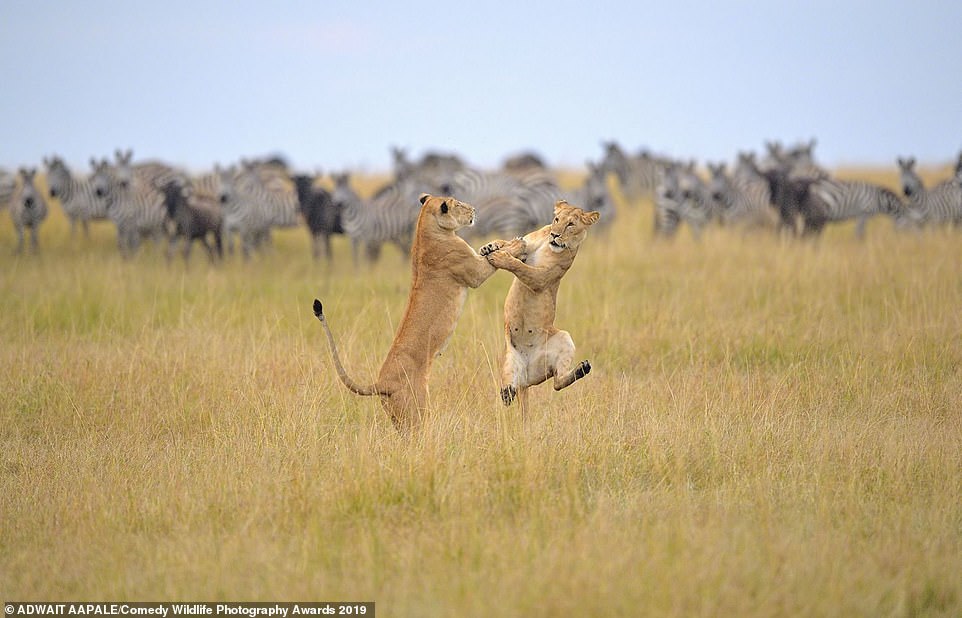 Cat fight! These lionesses showed off their sparring skills as a heard of zebras gathered to watch the ferocious boxing match 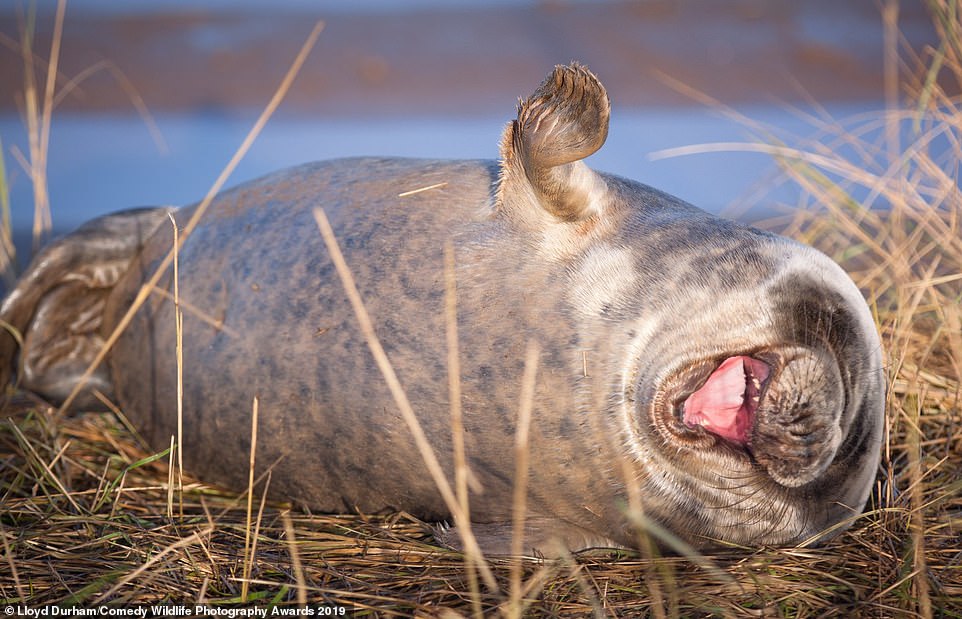 Hilarious! This seal doesn’t take sea-life seriously and enjoyed having a giggle as a photographer captured an impressive shot 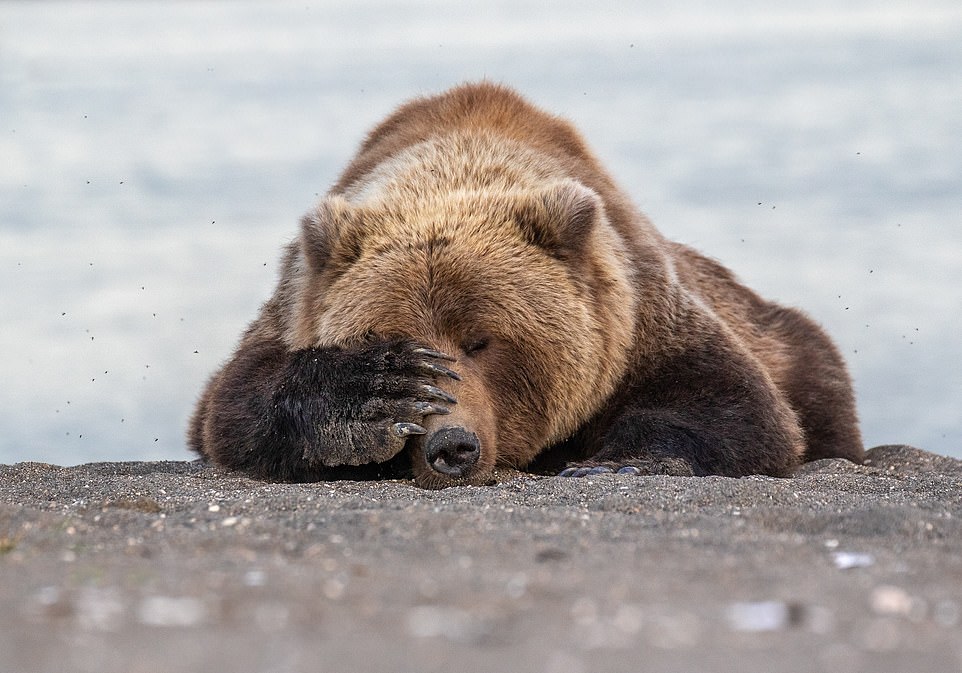 Oh dear! It all seemed too much for this sleepy bear, who placed a large paw over its eye while taking a nap on the floor 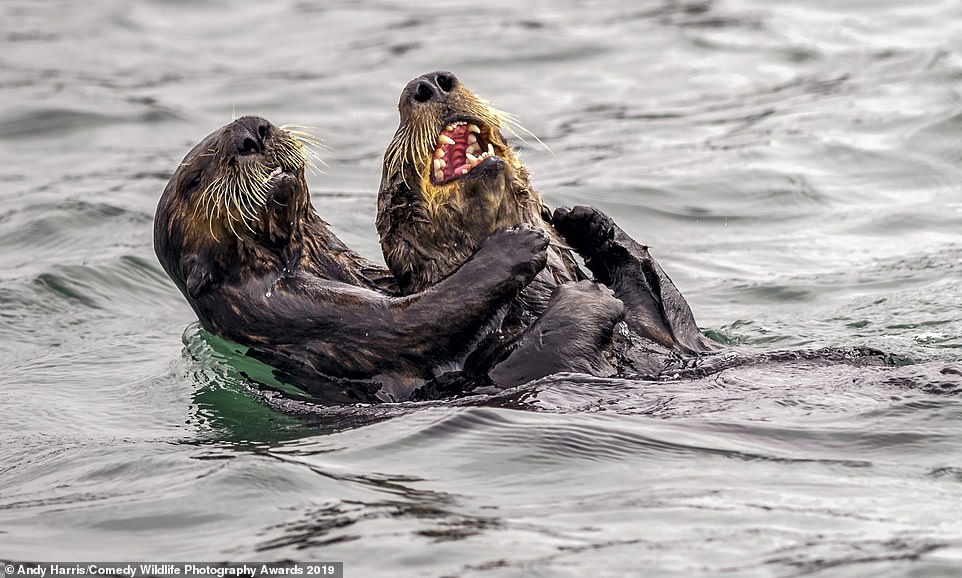 Tickle time! Two playful sea otters were spotted joking around in the water and cheekily trying to tickle each other 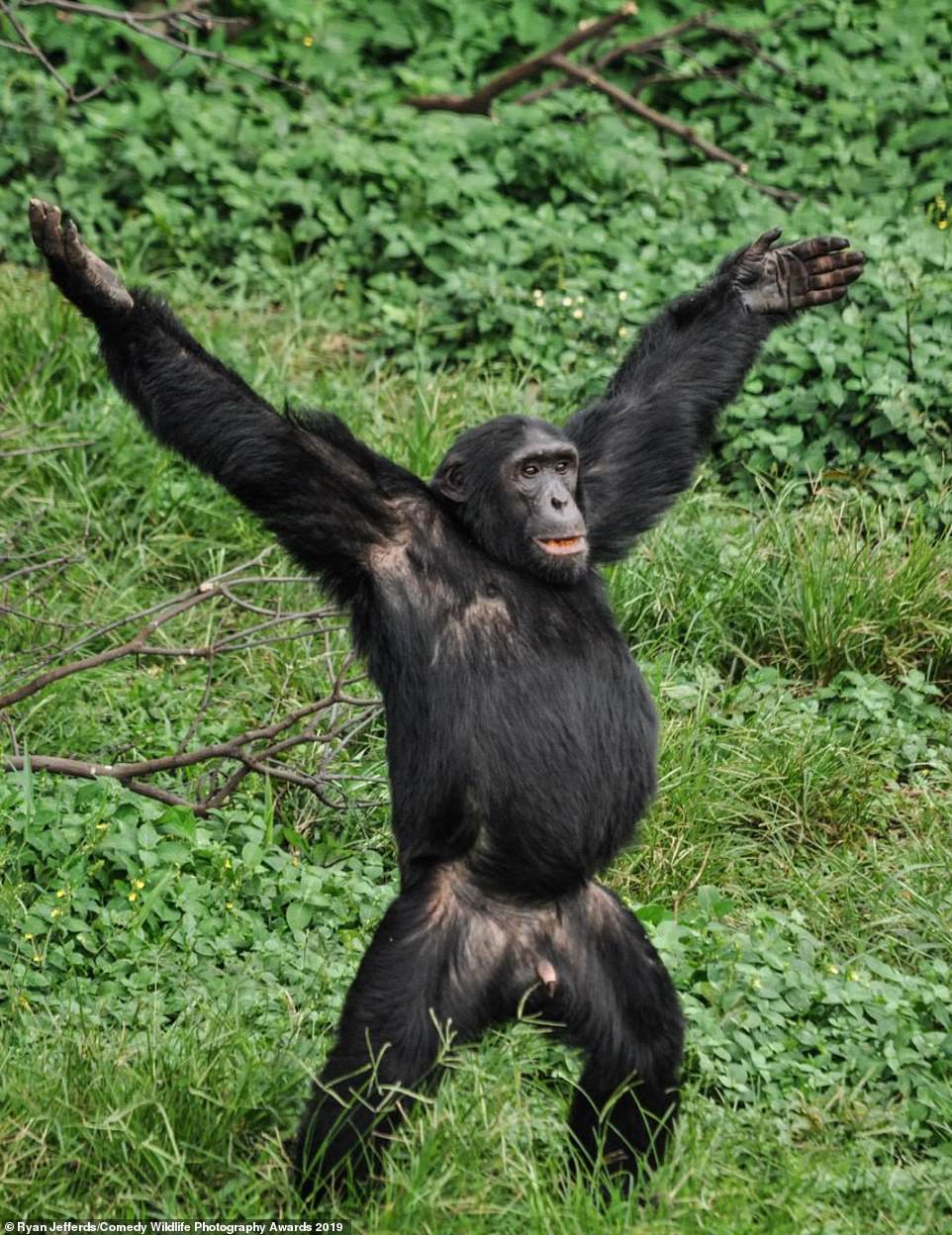 Show off! A gorilla was snapped throwing his arms into the air and presenting itself to the world in this funny nature picture