Fellow shoppers were forced to step in and defend staff as the pair went on the rampage through the aisles after ranting at staff. 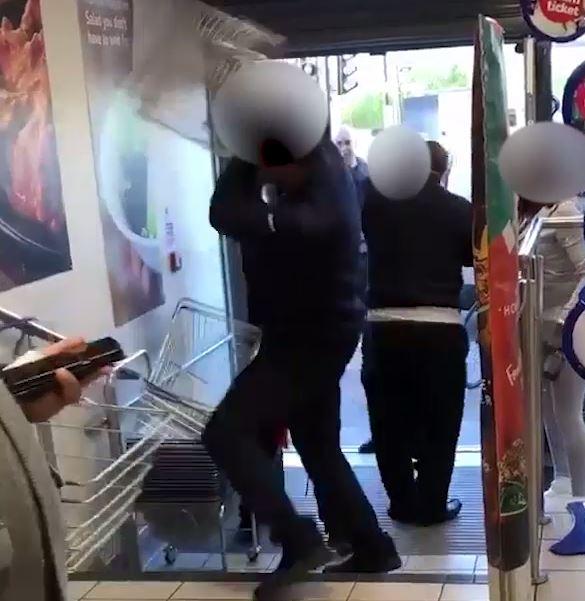 Tesco and Metropolitan Police are now investigating the incident which is believed to have begun when a shopper was accused of shoplifting.

Footage filmed by a customer shows the worker standing in the doorway as a man and a woman shout abuse at him and Tesco colleagues.

The male shopper then threw two shopping baskets at the staff member's head. 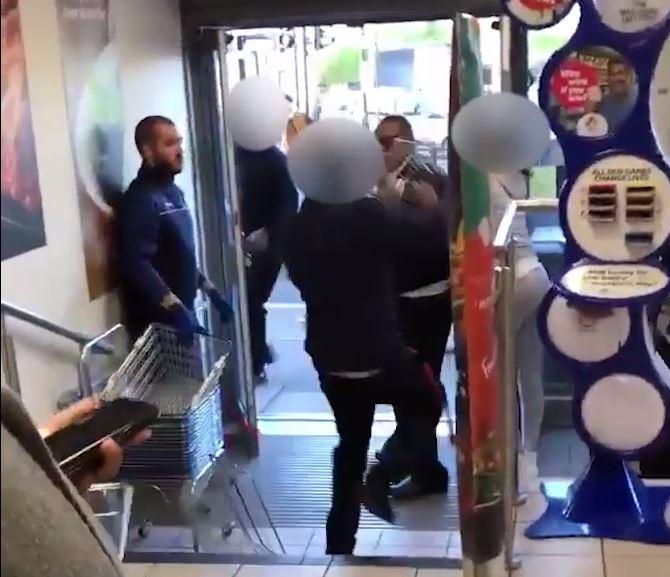 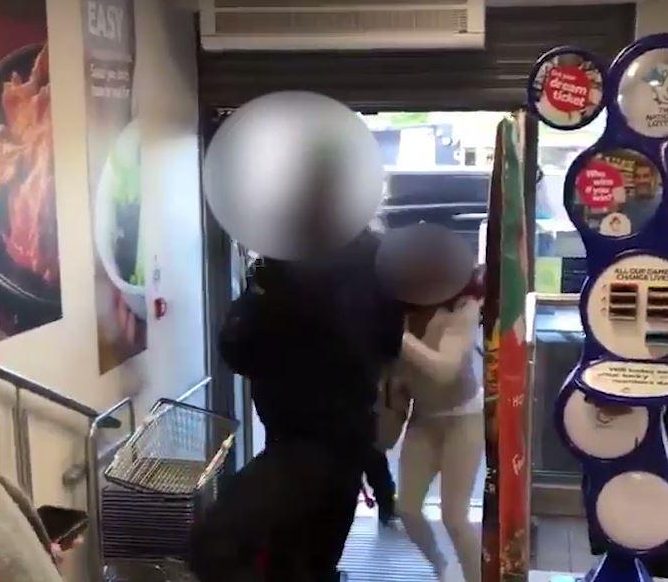 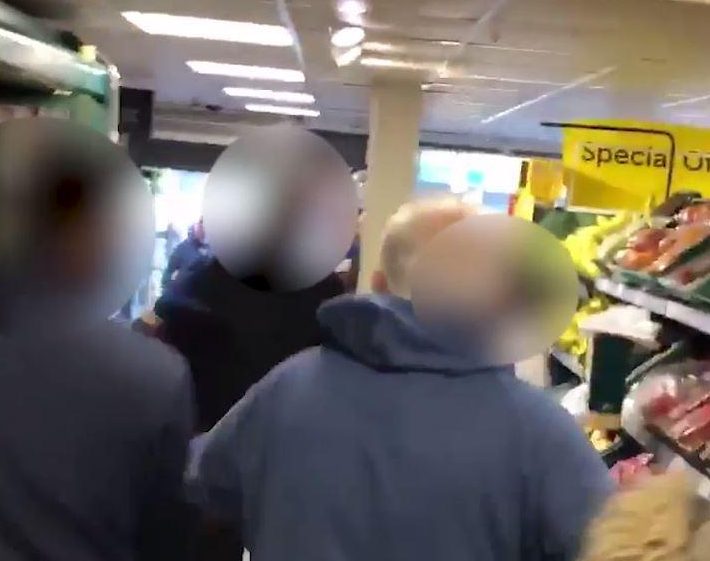 The Tesco employee picked up one of the baskets and appeared to push it against woman. The female shopper screamed: "Don't f***ing hit me… what the f*** you hitting me for?"

The ranting man then came back into the store to confront the worker before colleagues rushed to hold him back.

Before the customers left the store, a number of items were left strewn down the aisle and a Lotto display was pushed over. 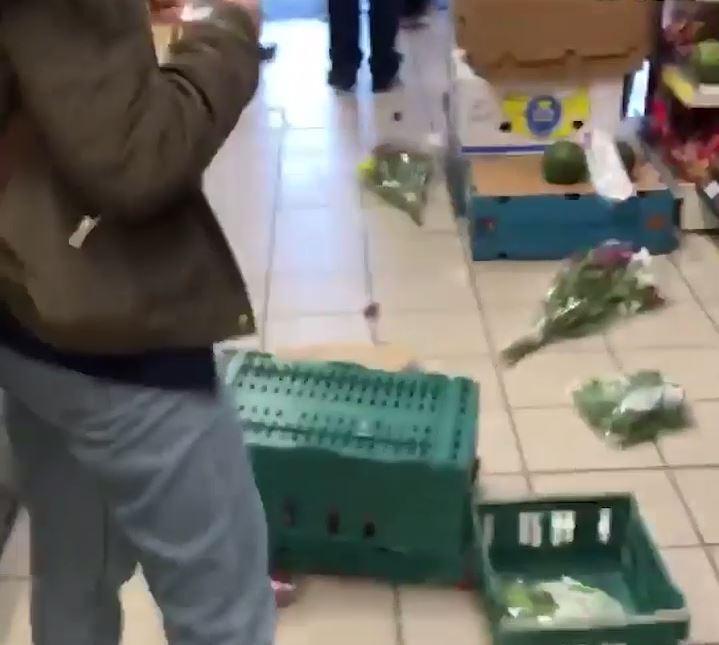 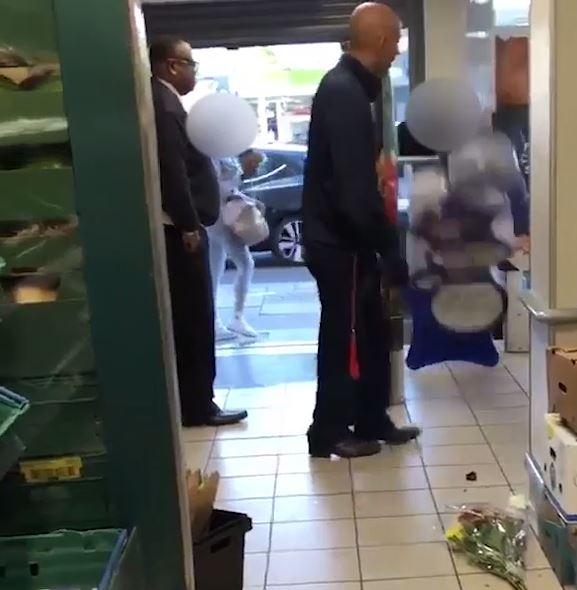 Police were called and an investigation is ongoing.

A Tesco spokesperson said: “We are investigating an incident involving a shoplifter at our Bounds Green Road Express store and are assisting police with their enquiries.”

It is not yet known if anyone has been arrested. Metropolitan Police has been contacted for comment.