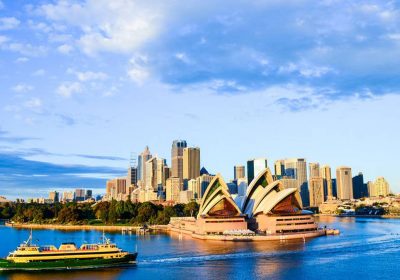 An Australian meth dealer told New Zealand border staff he was visiting a sick family member – but couldn’t provide a name or contact details for the relative.

The court heard Navarro had a sibling who’d experienced meth addiction, but that didn’t stop him getting involved in the illicit trade.

The judge said Navarro was separated from his Chilean mother for six years and used cannabis daily or frequently from age 13 to 21.

Navarro developed a sense of abandonment and had trouble trusting people.

“After frequent truancy during the previous two years, you left school at age 15,” Justice Davison said.

The court heard Navarro’s heavy cannabis use might have impacted his decision-making but Navarro, to his credit, now took responsibility for his mistakes.

Navarro had visited New Zealand three times in 2018 and the following year.

Each time he declared he was making a short trip, once saying he was in New Zealand to visit a sick relative.

On his penultimate visit, he arranged for the windows of a unit in Manurewa to be tinted.

On his third visit he arrived a fortnight after Alan Tran, his associate.

He and Tran travelled by truck to the Manurewa unit. Tran then drove the truck to a storage unit in St John’s.

The next day, Tran collected Navarro and both bought high-visibility clothes at a shop.

They then visited a Bunnings Warehouse store and bought protective gear and a circular saw.

Police raided the Manurewa unit, an Avondale address, the storage unit and vehicles linked to Tran and Navarro.

Justice Davison said the meth had 80 per cent purity and 2kg of the drug on average was in each pallet.

Authorities found $76,550 and the criminals have forfeited that money.

The court heard Navarro was essentially trusted to carry out his role alone, or with Tran, even though it was likely an international syndicate was behind the drugs.

It was unclear if Tran or Navarro was a supervisor.

Tran was sentenced in October to 14 years and sevens months’ imprisonment.

Navarro got discounts for his guilty plea, and for personal mitigating factors including his age.

Navarro was 25 at the time of offending and Justice Davison said a recent study showed men might not mature in the area of impulse control until well into their 20s.

He was jailed for 12 years and 7 months, and must serve at least half that time in prison.

The judge told him: “You say you know realise how good your life was in Australia.”

He will return there one day.

The court heard on finishing his jail sentence, Navarro will be deported.