Home » World News » Eagle eyes are on Taiwan, but is China distracting us from a ‘second Pearl Harbour’?

Eagle eyes are on Taiwan, but is China distracting us from a ‘second Pearl Harbour’?

The first sign that it’s started is when the world’s internet fails and showers of shooting stars fill the sky.

Vital undersea cables have been cut by specialist subs and ships and intensive cyberattacks are under way; the shooting stars are satellites falling to earth. 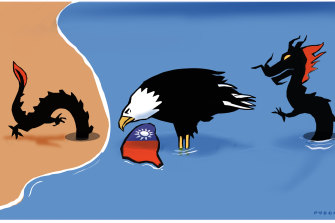 With surveillance satellites destroyed, they can’t detect the launch of China’s missiles. The first wave slams into US air force and navy bases across the Western Pacific, almost simultaneously.

Beijing has not used its nuclear warheads, but it doesn’t need to. Its high-explosive missiles are accurate to within 10 metres through mid-course correction.

Just 10 or so missiles targeting key points at each base are enough to put the American stations out of action and to destroy the aircraft and ships they host.

“Just as in 1941 in Pearl Harbour, US aircraft including fighters, tankers, surveillance aircraft, bombers and intelligence-collecting aircraft are mostly parked in neat, straight lines clearly visible from space,” writes Jim Molan, former major general in the Australian army and now Liberal Senator for NSW, in the opening to his new book, Danger on our Doorstep. 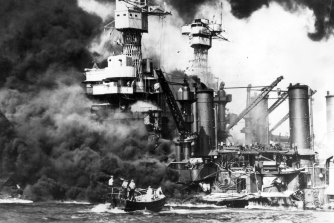 An American sailor is rescued from the sunken and burning battleship USS West Virginia during the Japanese attack on Pearl Harbour on December 7, 1941. Credit:Archive

This surprise attack on the US, its “second Pearl Harbour”, is more successful than the first. Because China’s commanders learn from Japan’s mistake and blow up the American fuel storage tanks as well. So any replacement craft arriving at the bases cannot refuel.

A second wave of Beijing’s missiles soon arrives to finish the disarming of America’s bases in the Western Pacific. They destroy stockpiles of bombs and missiles.

America’s stealthy submarines in the region remain submerged and mostly intact. They can detect some of the mayhem above, but they rely on US satellites to communicate. The sub commanders can’t report their findings or receive orders.

The US has two big navy battle groups in the region as the attack unfolds, standard for peacetime deployment. According to Molan’s scenario:

“Carrier-killer missiles from China’s east and south coasts are fired at the larger ships in both battle groups, with backup from smaller cruise missiles from Chinese ships and submarines in the vicinity, and from China’s old but usable H-6 bombers, which each fire two of the enormous anti-ship cruise missiles they haul into the air under their wings.” All the major combatants are torn apart, burn and sink.

“The cost in human lives is appalling,” writes Molan. Xi Jinping has delivered his message even as the world still struggles to restore communications. Xi’s message to America, as Molan puts it:

It’s merely a scenario, but is it plausible? Molan argues that we’re preparing for the wrong war. He thinks that we’re all standing around waiting for a limited Chinese attack on Taiwan. And while he says that’s possible, it would only happen if China’s strategists are silly.

If Xi struck Taiwan, his attacking forces would be vulnerable to a hammering from the US. Why would he accept that pain when he has the option of pushing America out of the hemisphere altogether, forcing it back to the region east of Hawaii?

Then he can take Taiwan at his leisure, probably without the use of force. And dictate terms to US allies including Australia, now cut off from its great ally.

And Xi can luxuriate in history’s acclaim as the ruler who ended half a millennium of Western dominance of the Pacific.

But is Molan’s scenario plausible? Or is he just an obsessive ex-army type who’s spent too much time alone with the internet and a paranoid imagination? 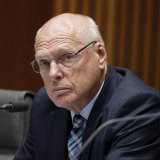 I turned to a well-regarded US strategist, Elbridge Colby, for guidance. Colby was the lead author of the US National Defence Strategy published in 2018. From his seat at the Pentagon as deputy assistant secretary of defence for strategy and force development, he was privy to America’s defence capabilities and all its secrets. And all US knowledge of China’s.

After reading Molan’s scenario, Colby’s verdict: “It is very credible. Molan clearly knows what he is talking about. I would say, if anything, he may well underestimate the scope and scale of a Chinese attack. It is possible they would go for a narrower strike, but it is also possible they would go even bigger than he lays out.”

In Molan’s vision, Australia would receive special attention from Beijing. Because if Washington decided to try to regroup and fight back short of nuclear war, its most likely operating base would be Australia, just as it was for General Douglas MacArthur in 1942.

So as part of its attack on the US, China positions eight of its submarines at four critical points around the Australian continent. They fire cruise missiles at the air force planes “sitting on criminally unprotected bases”. Australia’s “small but beautiful air force has been destroyed”.

Next, China’s subs send self-propelled, automated sea mines to seal Australia’s military ports. The navy is trapped until it can manage to clear them. And so on.

“The prospect of a war in the Western Pacific is dark enough for the US, but it is even darker for Australia, with our one-shot defence force, our enormous vulnerability” because of import dependence for fuel, pharmaceuticals, fertiliser and many other critical supplies.

Jim Molan hails from Australia’s political right; Hugh White is another ex-Defence Department strategist but hails from the left. They have very different views of the world. But Molan’s book and White’s latest Quarterly Essay, Sleepwalk to War, converge on two fundamentals:

First, Australia cannot assume that the US will protect it from China. Even if it wanted to. And, flowing logically from the first, is the second – Australia must plan to be able to stand alone. As Molan says, “a prudent Australia would have started to prepare 20 years ago”. We didn’t. We need a Plan B. We do not have one.

Peter Hartcher is international editor. He is scheduled to launch Danger on Our Doorstep in Parliament House, Canberra, on Wednesday.