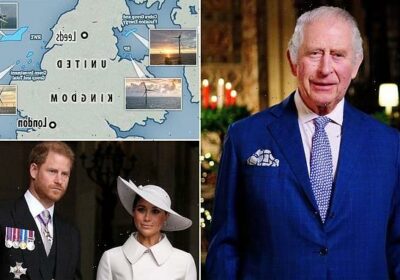 Charles III’s decision to hand back up to £250million-a-year in profits from offshore windfarms is a move by the King to draw a line under his errant son Harry’s new book and show Britain that the Royal Family is a ‘bargain’, experts told MailOnline today.

The monarch has asked the Government to ensure any profits from six new bumper green projects off the coast of the UK will go to the Treasury to spend on Britons during the cost of living crisis.

Charles, who is an avid supporter of both onshore and offshore wind power, has said that the £1billion-a-year from the windfarms, including his £250million-a-year cut, should be kept by the Government ‘to be directed for wider public good’.

The King’s wishes have emerged after Harry finished his PR blitz for Spare and the Sussexes’ Netflix series. It also comes after his first Christmas message, where he made clear he was aware of the financial hardship faced by many as inflation is at its highest since the 1970s.

Royal biographer Phil Dampier told MailOnline: ‘King Charles is rightly wanting to draw a line under the controversy over his son’ Prince Harry’s book and move on with good royal works’.

Commentator Richard Fitzwilliams said: ‘The “business as usual” approach is the monarchy’s only option, but the Sussexes posturing looks hollow in comparison’. 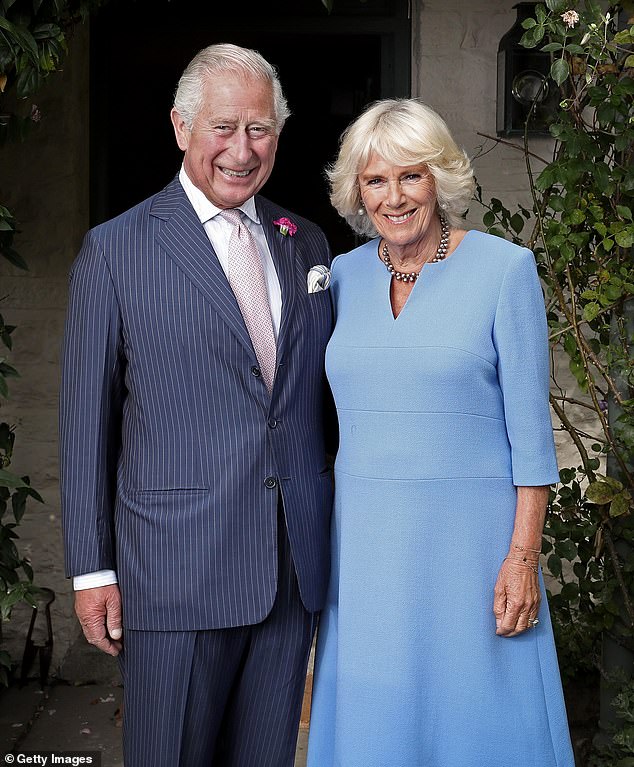 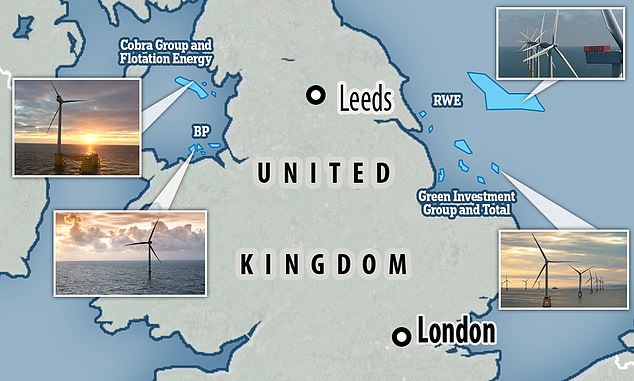 Pictured: A map showing the areas (in blue) where the wind farms will be allowed to be built

The Crown Estate is a £14.1billion UK real estate business which manages the Queen’s public property and land.

The Crown Estate is separate from the Queen’s private portfolio, known as the Duchy of Lancaster. 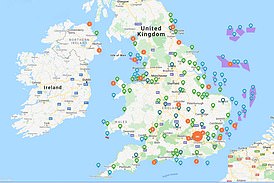 An map showing the assets of the Crown Estate

Since 1760, the net income of The Crown Estate has been surrendered to the Chancellor of the Exchequer by the monarch under successive Civil List Acts, passed at the beginning of each reign.

In the last 10 years alone, the money given to the treasury has totalled £2.9billion.

The Crown Estate currently employs around 430 people and its current CEO is Dan Labbad – who moved from a top European role at Australian property and construction firm  Lendlease.

‘Charles must be aware that at a time when people are struggling to put food on the table and pay their gas and electricity bills, it would look awful if the royal coffers were overflowing’.

Charles intent emerged several months before the Government makes a final decision on the next five-year settlement for the Sovereign Grant, which is currently £86million of taxpayers’ money given each year to cover the running costs of the royal household.

The profit from the windfarms would push Crown Estate annual profits up by £250million to at least £595million. Charles is entitled to 25%, meaning the Sovereign Grant would reach £148.7million, but the King has moved to stop that happening so the cash can stay in the Treasury and help normal Britons.

It will fend off claims that Charles and his family will enjoy a new bumper pay-day during a cost of living crisis.

Commentator Richard Fitzwilliams said: ‘Charles knows that this gesture, following on from his Christmas Broadcast where he showed empathy with those affected by the cost of living crisis, will be widely appreciated.

‘It also shows he is prepared to alter the way the monarchy is financed in a way that will help hard pressed families.

‘The Royal Family has faced six damaging weeks of adverse publicity from the revelations from the Sussexes. As the Coronation approaches and with a state visit to Paris in March, this is a chance to show what a bargain for the nation the royal family really is.

‘The “business as usual” approach is the monarchy’s only option, but the Sussexes posturing looks hollow in comparison’.

Many have praised King Charles’ decision as he moves towards modernising the monarchy and trying to improve its popularity. But some have claimed that if he was really serious about handing cash to the taxpayer, he should also pay inheritance tax on his mother’s estate. He is currently exempt.

The six new wind farms worth £1billion-a-year were agreed last night. Three are off the Yorkshire and Lincolnshire coast and the other three are off North Wales, Cumbria, and Lancashire. They will produce enough energy to heat and light 7million homes.

Because the projects are on Crown-owned seabed, the King would be entitled to a quarter – around £250million – more than twice the £86.3million Sovereign Grant the royals receive each year, a figure based on the Crown Estate’s £345million profits notched up in 2019/20.

The six offshore wind leases are expected to add £1billion to the Crown Estate’s annual revenues from 2024 for at least three years up to a maximum of ten years.

The leases were provisionally handed out two years ago, before the current cost-of-living crisis took hold, the Telegraph reports.

For the year to the end of March 2022, the Crown Estate generated revenues of nearly £491million, meaning the additional income could see this figure more than treble.

But Buckingham Palace has said King Charles wants the percentage of Crown Estate profits paid to him to be reduced from 25 per cent to a lower figure so the public reaps the benefits. 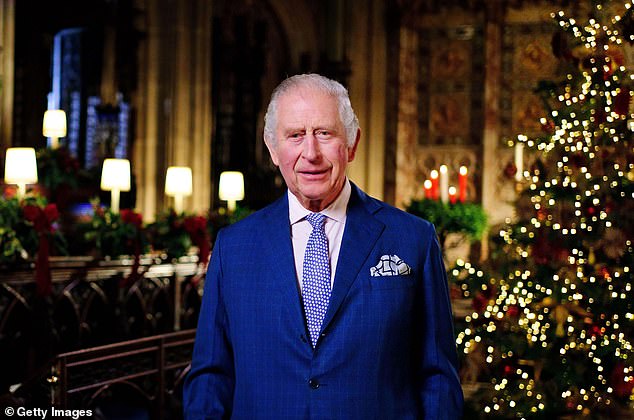 In the King’s first Christmas message, he made clear he was aware of the financial hardship faced by many and he has tried to back this up 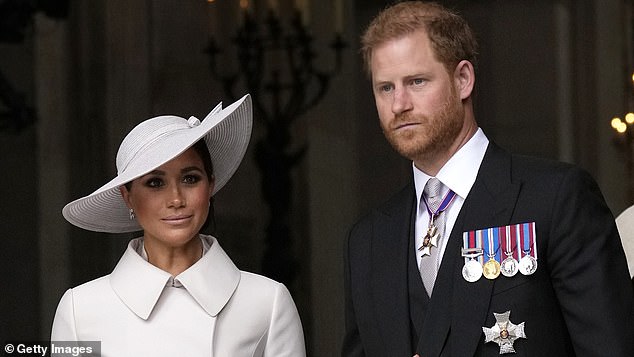 The decision to reduce the percentage paid to the monarch and by how much is not made by the King but by the trustees of the Sovereign Grant: the Prime Minister, the Chancellor and the Keeper of the Privy Purse, Sally O’Neill.

What is the Sovereign Grant, how is it calculated and how much does the Royal Family get each year?

The Sovereign Grant, also known as the Civil List, is paid by the taxpayer for the monarch’s expenditure as head of state.

Currently the royals receive £86.3million each year, a figure based on the Crown Estate’s £345million profits notched up in 2019/20.

The bulk of the bill is made up of staff salaries.

The funding arrangement dates back to 1760, when George III reached a deal with the Government over the Crown Estate.

All existing lands owned by the Crown were managed on behalf of the Government, with surplus revenue going to the Treasury.

This happened when it became clear that Crown’s revenues were no longer enough to pay for the costs of the state, such as ships, prisons and courts.

In return, the sovereign would receive a fixed annual payment, determined by Parliament.

The Sovereign Grant was originally set at 15 per cent of the Crown Estate surplus. An additional 10 per cent was agreed for ten years from 2017/2018 to fund the renovation of Buckingham Palace.

The new funding arrangements for the Sovereign Grant will be announced later this year.

The revenue boost is likely to net a large windfall for taxpayers as the Crown Estate’s profits are paid into the Treasury’s coffers for ‘the benefit of the nation’.

Over the past ten years, the revenue paid to the Exchequer is £3billion.

A Buckingham Palace spokesman said: ‘The Keeper of the Privy Purse has written to the Prime Minister and Chancellor to share the King’s wish that this windfall be directed for wider public good, through an appropriate reduction in the proportion of Crown Estate surplus that funds the Sovereign Grant.’

The Crown Estate manages the seabed around England, Wales and Northern Ireland and so plays a key role in the UK’s offshore wind industry.

Overall, the Crown Estate has awarded rights to build wind farms around the UK totalling 41 gigawatts of power – more than four fifths of the Government’s target of getting offshore wind capacity up to 50 gigawatts by 2030.

Dan Labbad, the chief executive of the Crown Estate, said: ‘The UK’s offshore wind achievements to date are nothing short of remarkable, and this next generation of projects points to an even more exciting and dynamic future.’

He added: ‘They demonstrate the far-reaching value that our world-class offshore wind sector can deliver for the nation: home-grown energy for all, jobs and investment for communities, revenue for the taxpayer, clean energy for the benefit of the environment.’

Three of the new windfarms are off the North Wales, Cumbria and Lancashire coast, and three in the North Sea off Yorkshire and Lincolnshire.

The giant wind farms will provide around eight gigawatts of electricity – enough for seven million homes.

Dan McGrail, chief executive of trade body RenewableUK, said: ‘This announcement represents a major step forward not just for these major offshore wind projects but also for the industry as a whole, as these lease agreements will strengthen our energy security, create jobs and support development of new UK supply chains.

‘It demonstrates the continuing ability of the UK to attract billions of pounds in private investment due to the maturity of our world-class offshore wind market, which is enabling the redevelopment and regeneration of all areas of the UK, especially in coastal communities which need levelling up.

‘Offshore wind is playing the leading role in the UK’s transition to clean power, becoming the backbone of our future energy system, and helping us to reach net-zero as fast as possible.’