The First bus is understood to have hit a barrier, mounted an embankment and overturned at around 7pm tonight. 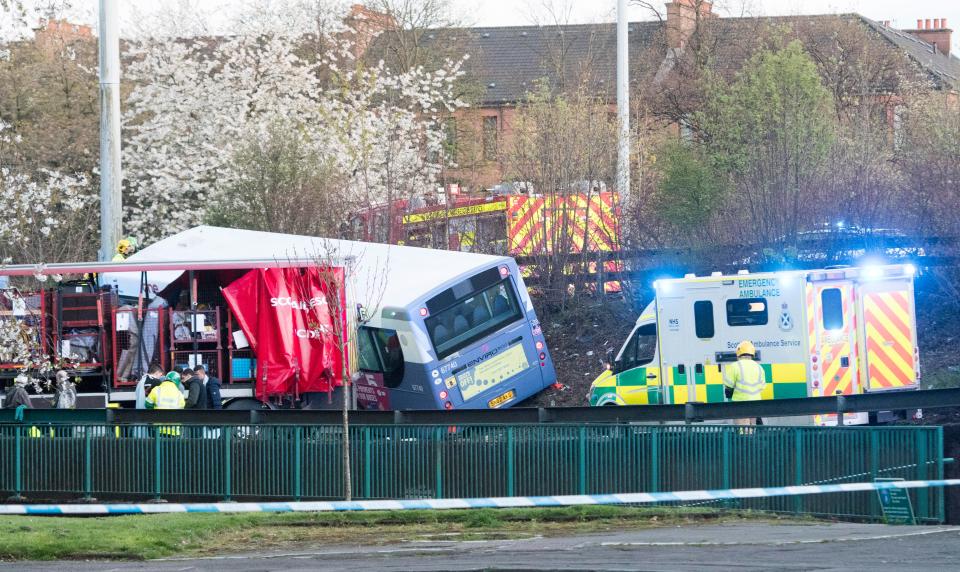 Eighteen people were injured in the smash in Glasgow with eight currently being treated in hospital.

One is at Glasgow Royal Infirmary, a further five – including the driver – are at Queen Elizabeth University Hospital, and two are at the Royal Alexandra Hospital.

A patient in critical condition is being treated at Queen Elizabeth.

Dramatic photos show the bus tilting on its side surrounded by ambulances following the horror tonight. 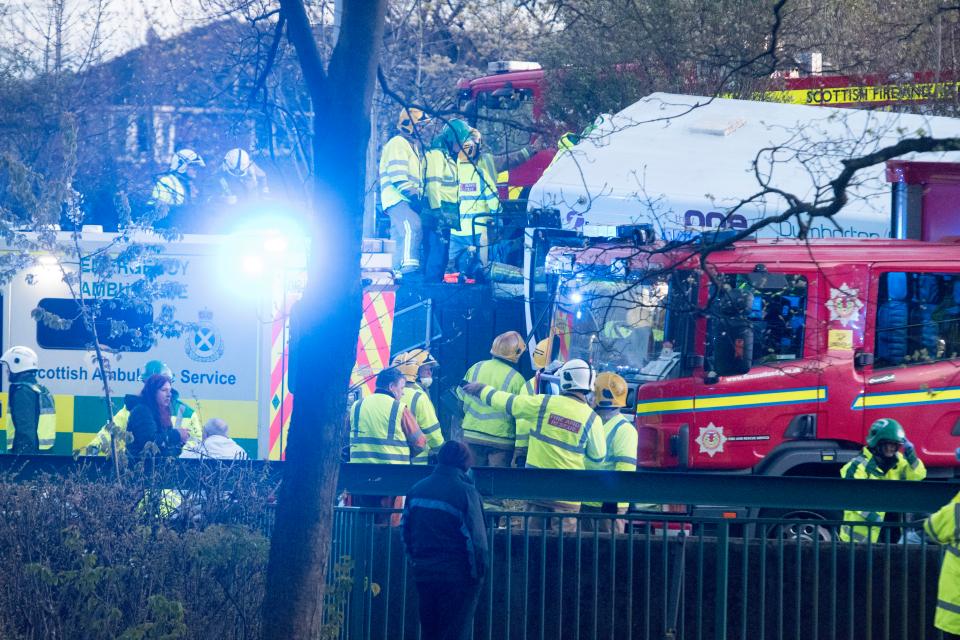 Police and fire crews are still on the scene and say the road is likely to remain closed northbound for some time.

A spokeswoman for the Scottish Fire and Rescue Service said: "We were alerted at 7.08pm on Sunday to reports of a road traffic collision involving a single decker bus.

"Operations control mobilised a number of fire engines to the A814 slip road near the Clyde Tunnel.

"Crews currently remain on the scene working with their emergency service partners to make the area safe."

Police Scotland confirmed they were scrambled to the smash tonight as they urged drivers to avoid the area.

Andrew Jarvis, managing director for First Glasgow, said: "I can confirm that one of our vehicles containing passengers has been involved in an accident tonight on the Clyde Expressway.

"Unfortunately, there have been a number of injuries and our thoughts are with all those involved in this serious incident.

"We have members of our team at the scene to assist the emergency services, who we cannot praise highly enough for their quick response and professionalism during this incident."