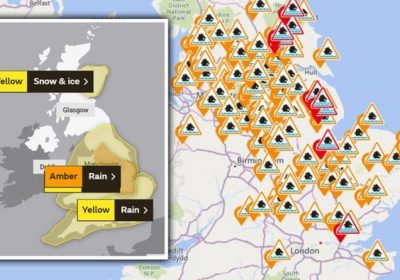 BBC Weather: Flood warning issued for parts of the UK

Storm Christoph has been named, and the system is expected to bring heavy rain to parts of the UK this week. The Met Office has issued weather warnings over Tuesday to Thursday, including severe amber rain warnings for parts of England.

With heavy rain expected across the country, the Environment Agency is urging people to check their flood risk in their local area.

The agency tweeted today: “There are a number of flood warnings in place across England, with heavy rainfall expected in the next few days.

“By knowing what to do in a #flood, you can reduce the impacts to your home, family and possessions.” 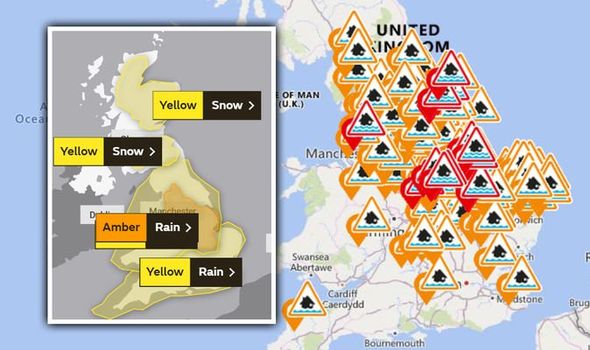 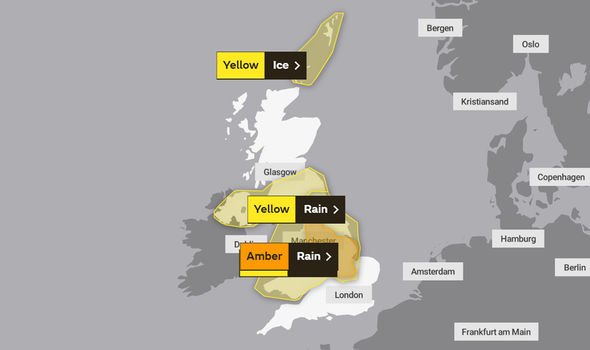 Flood warnings, which mean immediate action is required for expected flooding, have been issued for the following areas:

You can check the latest flood warnings and alerts on the Government website HERE. 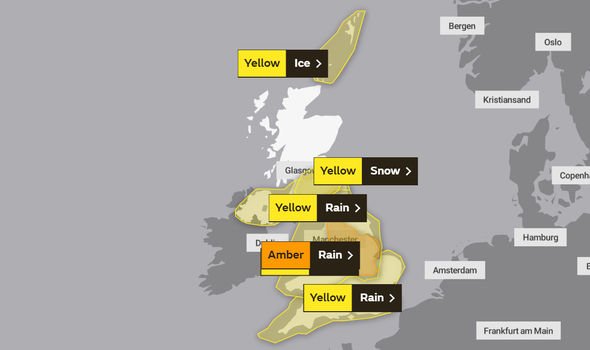 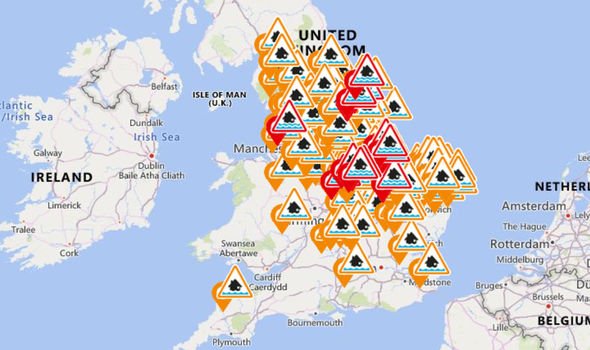 A yellow rain warning has been issued across much of northern England, the Midlands and Wales from midnight on Tuesday until 12pm on Thursday.

Parts of Scotland, northern England and all of Northern Ireland is under a yellow rain warning from midnight on Tuesday until 12pm on Wednesday.

A yellow snow and ice warning has also been issued for parts of eastern Scotland from 3pm on Wednesday until 12pm on Thursday.

Additionally, a yellow rain warning has been issued for southern England and parts of eastern England from midnight on Wednesday until 12pm on Thursday. 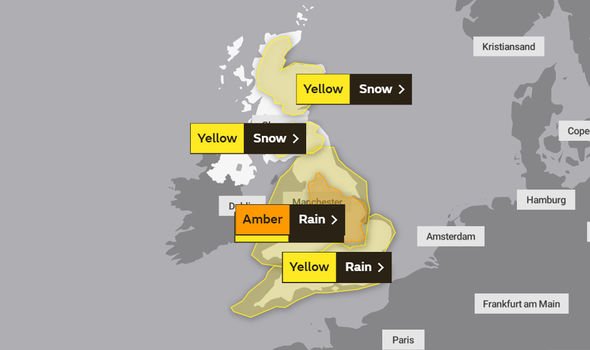 An amber rain warning has also been issued for parts of the Midlands, eastern and north-west England from 6am on Tuesday until 12pm on Thursday.

Up to 200mm, or eight inches, of rain could fall in some areas under the amber warning zone this week.

“Rain will be heaviest and most persistent across western facing hills. 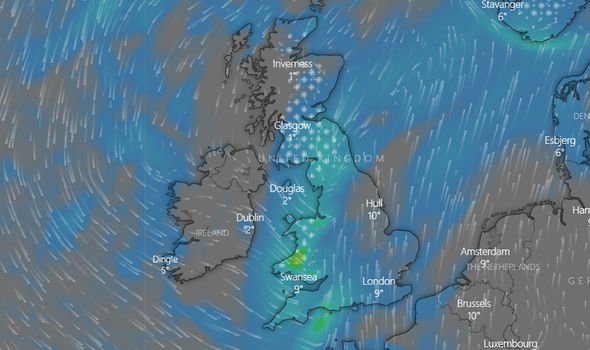 “Over 100mm of rain is expected across the higher ground with the potential for 150-200mm of rain in the most exposed areas.

“The rain will also lead to rapid melting of any remaining lying snow across the higher peaks adding to water entering the river network.

“Strong winds will accompany the rain at times and may add to travelling difficulties across higher and more exposed routes.”

“Some locations could see over 100mm of rain falling through the course just a couple of days with up to 200mm possible over higher ground.

“These amounts of rainfall along with snow melt present a real threat of flooding and people should keep a close eye on flood warnings from the Environment Agency and Natural Resources Wales.

“As the system moves away into the North Sea Wednesday night and Thursday morning there will be strong winds along the east coast for a time.

“Meanwhile, colder air coming southwards into the weather system brings the risk of further snow on the back edge of this system.

“Temperatures will gradually fall across the UK through the end of the week and into the weekend bringing a return to widespread overnight frosts.”