Joe Biden looks poised to become the new US President as he continues to lead Donald Trump in the polls. When the results of the US election emerge on November 3, US foreign policy could take a seismic shift. President Trump has attacked the EU with verbal tirades and trade war threats in his four years as US President. Meanwhile, Mr Biden has consistently been a friend of Brussels during his political career.

However, the Democrat hit out at two of the EU’s most controversial leaders – the presidents of Hungary and Poland – as he lamented Mr Trump for befriending “thugs”.

Last week, the former Vice President said: “You see what’s happened, in everything from Belarus to Poland to Hungary, and the rise of totalitarian regimes in the world, and as well, this President embraces all the thugs in the world.”

In 2019, the US President said Mr Orban was doing a “tremendous job”. 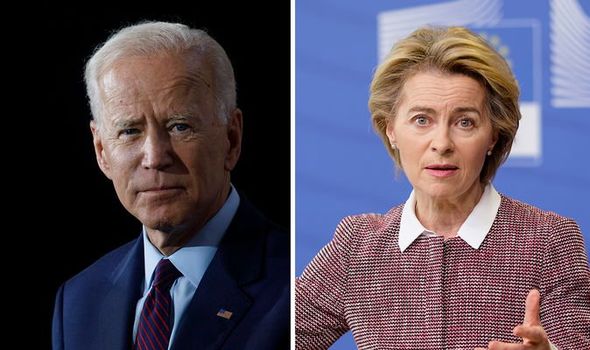 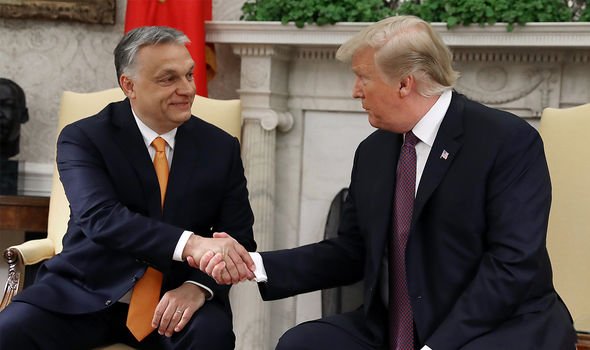 He added: “You’re respected all over Europe. Probably, like me, a little bit controversial, but that’s OK.

Mr Orban said his government and the Trump administration were aligned on some global issues.

He said: “I would like to express that we are proud to stand together with United States on fighting against illegal migration, on terrorism, and to protect and help Christian communities all around the world.”

Mr Orban wrote this month in a conservative newspaper: “We are rooting for another victory for Donald Trump because we are very familiar with the foreign policy of US Democratic administrations, built as it is on moral imperialism. 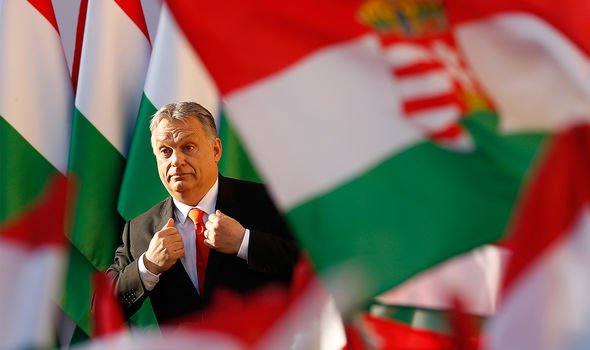 “We have tasted it — albeit under duress. We didn’t like it and we don’t want a second helping.”

His endorsement wasn’t unexpected ‒ in 2016, he became the first European national leader to back Mr Trump’s presidential bid.

Hungary and Poland have come under fire within the EU for failing to abide by the rule of law.

He said: “I don’t know what is the personal reason for the Dutch prime minister to hate me or Hungary, but he is attacking so harshly, and making very clear that because Hungary in his opinion does not respect the rule of law, [it] must be punished financially. 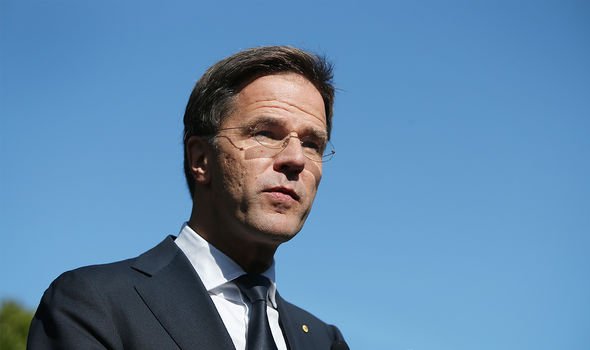 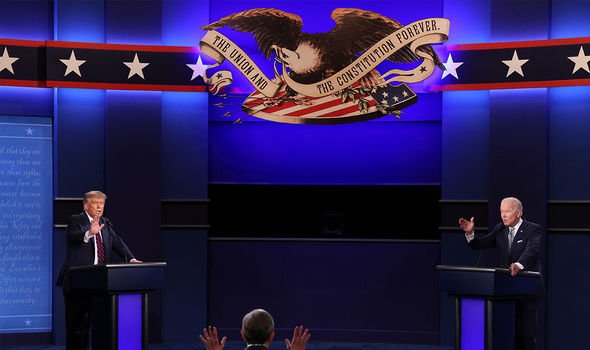 “That’s his position, which is not acceptable because there is no decision about what is the rule of law in Hungary.

The EU has already launched the Article 7 procedure, sometimes referred to as the nuclear option, against Hungary and Poland.

The measure can ultimately lead to a country being stripped of its voting rights.

It has also pursued legal cases against the two states at the European Court of Justice.