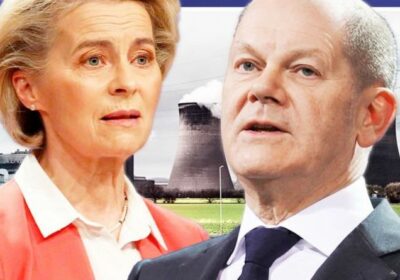 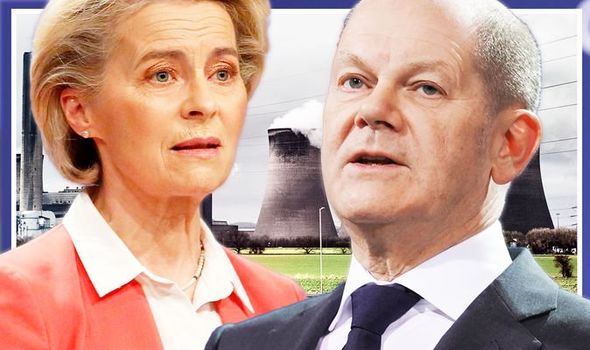 According to the European Commission, environmental crime is the fourth largest criminal activity in the world, with annual revenues in the bloc accruing between €4billion and €15billion annually. Brussels is seeking to strengthen EU law to curb environmental crime, but has run into trouble attempting to force other members to abide by the same rules.

Data from Eurojust, the EU agency facilitating judicial cooperation among countries, shows environmental crime have been rising since 2018.

Out of the 109 cases of environmental crime reported since 2014, 15 were waste trafficking, 14 were wildlife trafficking, 13 were air pollution and eight were illegal trade in hazardous chemicals.

Due to divergent rules within the EU’s member states, criminals are able to exploit different waste trafficking rules.

Éric Figliolia, France’s deputy representative at Eurojust, claimed traffickers will label plastic waste imports as “raw material or recycled material… when in fact it’s waste that has never been treated”.

Italy and other Central European countries have long been regarded as safe havens for environmental crime, but Jan op gen Oorth, spokesperson for EU law enforcement agency Europol said it is an issue across the bloc.

He said Belgium, the Netherlands and Luxembourg is “very attractive for criminals because it has lots of airports, big ports, good infrastructure, good highways, and you’re well connected to the German, the French and the English markets”.

Speaking to POLITICO, Mr op gen Oorth said when “certain crimes are less strictly punished in a country or another”, havens for crime emerge.

He told the outlet: “Every crime area is always competing with others when it comes to allocation of budget, allocation of priorities in law enforcement.

“We are also a little bit in Europe the victims of our high standards. From the moment we decide that we want to live in a society that’s clean, that’s not polluted, that means waste needs to be taken care of — in a certain way creating an opportunity for criminals.”

“Environmental crimes cause irreversible and long-term damage to people’s health and the environment. Yet, they are hard to investigate and bring before a Court, while sanctions tend to be weak.

“That is why we need to strengthen our environmental criminal law. A high level of environmental protection is not only import- ant for present but also future generations.”

It comes after Germany hit out at an EU plan to include nuclear energy and natural gas in its green labelling system for investments in the energy sector.

In a draft seen by POLITICO, the Commission told member states “it is necessary to recognise that the fossil gas and nuclear energy sectors can contribute to the decarbonisation of the Union’s economy”.

Robert Habeck, Germany’s Economy and Climate Protection Minister from the Green Party, told German press agency dpa on Saturday that the Commission proposal “waters down the good label for sustainability.”

He said: “From our point of view, it would not have needed this addition to the taxonomy rules. We do not see an approval of the new proposals.”

Mr Habeck also added it was questionable whether “this greenwashing” would be accepted by the financial markets.

On January 21, Austria and Luxembourg signalled they are ready to take the dispute over nuclear energy with the EU to court.

Austrian Climate and Energy Minister Leonore Gewessler said on her arrival to a meeting of EU energy ministers in Amiens, France, on Friday: “We have always said, when the Commission continues on this road, Austria will take legal steps.”

She said Vienna has “serious concerns” about nuclear energy being too expensive and too slow to actually help in the fight against climate change”.

She added: “It is as if we are giving our children a backpack and saying ‘you’ll get rid of it one day’.”