Everything King Charles III has ever said about becoming King 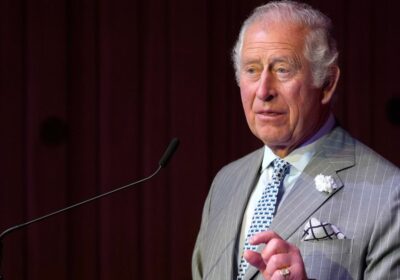 King Charles grew up knowing it was his destiny to be king.

It was a responsibility that would only come about on the death of his mother.

At the age of three, Charles became heir apparent – the first in line to the throne, facing a lifetime of being groomed to wear the crown.

His friend, Nicholas Soames, once said: "Being heir to the throne is not an ambition but a duty and one which will befall him on a sad moment later in his life."

In his biography, Jonathan Dimbleby wrote: "Prince Charles is far more aware of the prospective burdens of kingship than its pleasures." Charles told him: "If at some stage in the distant future I was to succeed my mama then obviously I would do my best to fulfil that role… Sometimes you daydream the sort of things you might do."

He added that there was "an enormous weight of expectation" which could be very difficult to come to terms with but that he had been brought up to feel he had a particular duty to the country.

"The difficulty is most of the time not feeling that one is worthy of it, inevitably," he said.

Dimbleby said Charles had never, despite the problems in his personal life and the intense media coverage, seriously contemplated surrendering his duty. In 2013, it was reported that the prince believed becoming king would be akin to "prison", which Clarence House denied.

Journalist Catherine Mayer, who was given rare access to Charles, said he was "joylessly" increasing his royal workload as he geared up for his role as king and that he was "impatient to get as much done as possible" beforehand.

Ms Mayer said: "Far from itching to assume the crown, he is already feeling its weight and worrying about the impact on the job he has been doing."

Charles was quoted as saying: "I’ve had this extraordinary feeling, for years and years, ever since I can remember, really, of wanting to heal and make things better. I feel more than anything else it’s my duty to worry about everybody and their lives in this country, to try and find a way of improving things if I possibly can."