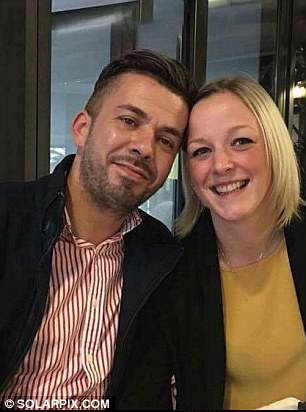 But he admitted failing to go to police after his alleged accomplice pal ‘admitted’ to him he had maimed the 29-year-old brunette when their near two-year relationship ended.

Jobless waiter Gouveia, 35, insisted Edmundo Helder Fonseca, due to be tried separately over the May 6, 2017 attack but currently being held in the same jail in the Algarve town of Silves, had acted alone.

Asked by his defence lawyer Etelvina Gomes on the second day of his trial at Portimao Court how he felt about being accused of trying to kill his ex-girlfriend, Madeira-born Gouveia said: ‘I am appalled. I have been put in jail for something I haven’t done with consequences to my family, my six-year-old nephew who asks about me every single day.

‘The man responsible for this is in prison in Silves, right next to me. Ask him. Why am I being tried?

Telling the three women judges trying him why he was interrupting the second day of the hearing to talk after refusing to say anything on day one of the court case, he added: ‘I was too nervous in the first session but I want to give evidence to clear all doubt.

‘I have been waiting to talk for 11 months. Most of the accusations against me are false. I never ordered anyone to kill my ex-girlfriend.’

Ellie, from Newport on the Isle of Wight, suffered second- and third-degree burns to more than 50 per cent of her body after being lured to a fake dinner date in the Algarve resort of Alvor. 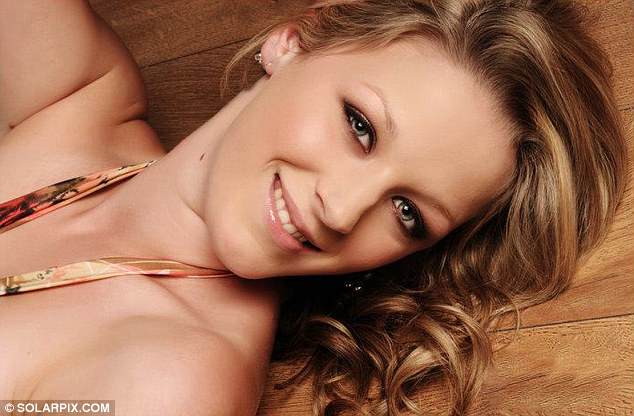 Ellie, from Newport on the Isle of Wight, suffered second- and third-degree burns to more than 50 per cent of her body after being lured to a fake dinner date in the Algarve resort of Alvor

She was expecting to meet a wealthy businessman who called himself Diogo on a false Tinder account.

The sickening attack happened after Ellie and her family went to police in the UK and Portugal to tell them her ex-boyfriend was threatening to track her down and kill her after she left him in Madeira two months before she was attacked.

Gouveia admitted making two trips to the Algarve with alleged acid hitman Fonseca just before the attack and the day she was targeted – but insisted he was just helping his friend with a drugs deal and had no idea Ellie had relocated to Alvor to work at a four-star hotel.

He insisted under questioning from lead judge Cristina Mira that he left Fonseca to do his ‘drugs business’ alone while he watched a football match in a cafe around the time Ellie was attacked.

And he claimed his friend was ‘nervous’ when he met up with him again and said he was being chased by police and they had to ‘hurry back to Lisbon.’ 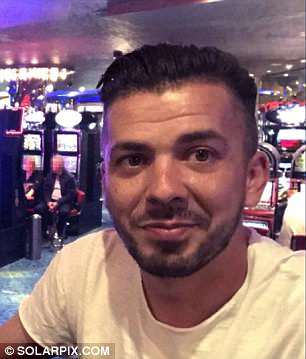 He told the court: ‘Edmundo wasn’t sent to do any acid attack and I know it was him that did it because he told me.’

Asked to expand on his startling confession, he added: ‘We went back to Madeira after our trip to mainland Portugal.

‘Edmundo never told me anything until one day a close friend called Raquel called me saying she wanted to speak with me.

‘She came to my house and told me that over a coffee, Edmundo had confided he had done a bad thing to my ex-girlfriend with acid the last day we were on the Algarve.

‘I knew nothing about the acid attack at the time. Raquel showed me the newspaper articles about it on her phone which said an ex-boyfriend was a suspect.

‘I got concerned and I called Edmundo and told him to come to my house. He confessed what he had done. He told me he threw acid over her.

‘Edmundo had drug problems and was an unstable person. But he was also angry with Ellie and thought she had betrayed me. He seemed more hurt with her than I was.’

Admitting he threw his friend out of his home but failed to inform local detectives, he added: ‘I tried to convince him to go to the police.

‘A few days later I ended up going to the police to ask if they had anything against me but I didn’t talk about Edmundo. I thought he should be the one to tell them.

‘The meeting where Edmundo confessed was on May 9 three days after the acid attack. I was arrested on May 29.’

Asked if he would have flown to mainland Portugal from Madeira if he had known of Fonseca’s ‘plan’ to attack Ellie, he told the court: ‘Ellie was someone I loved in the past. It’s like a brother you don’t want to hurt. Of course I wouldn’t have come.’

Gouveia denied sending death threats to his ex in the run-up to the attack – but confirmed he sent naked X-rated pictures of Ellie on March 10 last year to her mum Diana Newman from his email with the chilling message: ‘That’s what your daughter does when I’m not at home. I’m going to burn her face if I ever see her again.’

He said he had sent the message while he was ‘upset, depressed and under medication’ following the break-up with Ellie and his mum’s death the previous August. 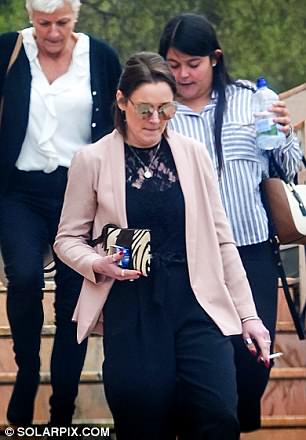 ‘She proposed threesomes to many of my friends’, he claimed while being quizzed by the three women judges following an unexpected court address which lasted for around an hour,’ he said.

‘I didn’t agree with those proposals to friends and strangers but I didn’t want to upset her because I knew it was her fantasy.

‘At the beginning I would say ‘no’ but I ended up conceding because we had a lot of arguments in which she was always complaining we only did things the way I wanted.

‘Ninety-five per cent of our arguments were related to these threesomes.’

No date has yet been set for Fonseca’s trial. The 44-year-old was extradited to Portugal last month after being held in Belgium on a European Arrest Warrant.