Ex-Gov. Andrew Cuomo aide killed after being ordered to exit Lyft on a Delaware highway

A former aide to ex-New York Gov. Andrew Cuomo died on Sunday when a car struck him after he was standing on a Delaware highway following a dispute with a Lyft driver who made him and five others exit the vehicle, police said.

Sid Wolf, 43, was with five friends in a Lyft ride traveling on a highway in Dewey Beach at 1:45 a.m. to a residence in Bethany Beach when “a disagreement occurred” between the group and the Lyft driver, police said.

The argument resulted in the driver stopping in the middle of the southbound left lane and demanding all six passengers get out of the vehicle, according to a news release by the Delaware State Police.

A 27-year-old man driving a 2016 Toyota Corolla was traveling southbound when he changed lanes to avoid hitting the rear of the stopped Lyft vehicle and struck Wolf, who had exited the right rear passenger seat and was “standing on the roadway,” police said. 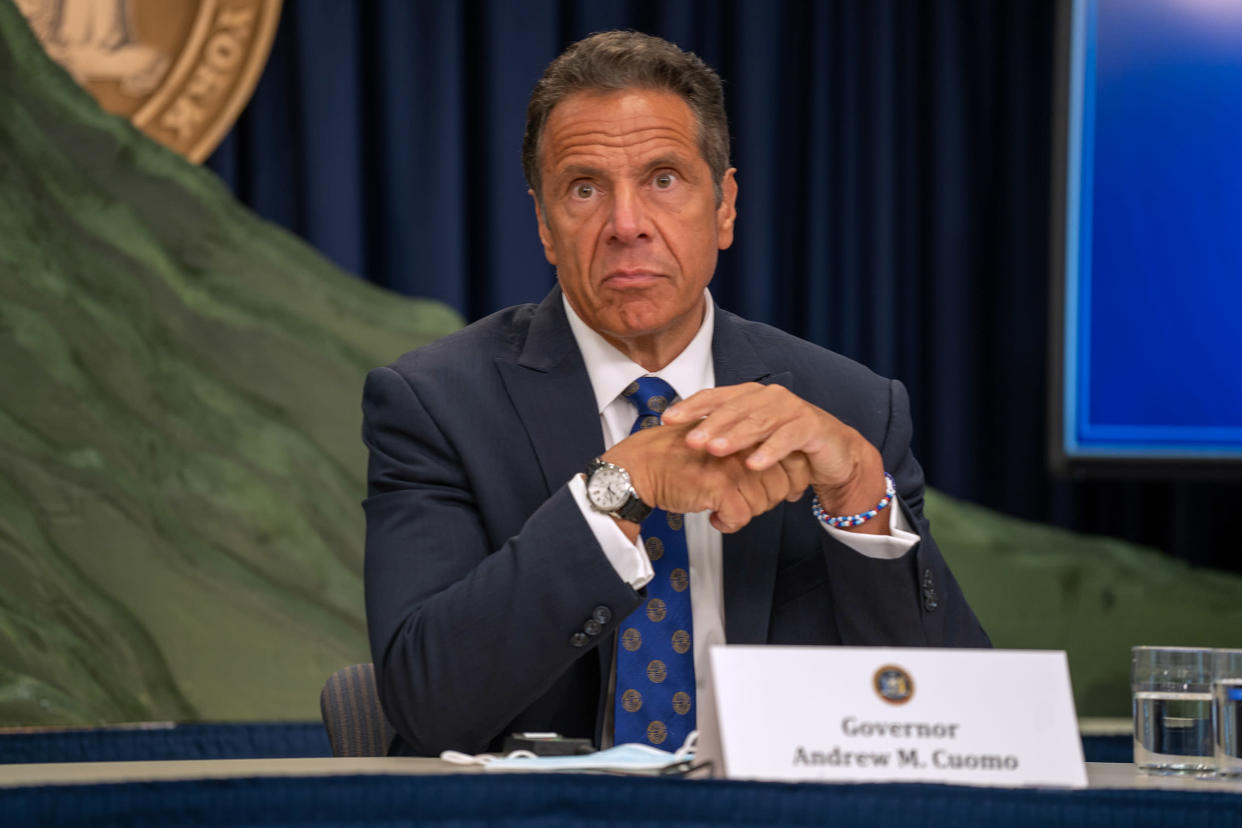 Wolf, a married father of two, was pronounced dead at the scene, while the other five passengers were unhurt, police said.

The Lyft driver, whom police said fled in his vehicle after the crash, has not yet been identified and remains under investigation, according to police. The driver of the vehicle that struck Wolf remained at the scene.

On Monday, police identified the victim as Wolf, who was from Clarksburg, Maryland, north of Washington, D.C.

Wolf worked for Cuomo as the associate director of federal affairs from 2019 until 2021, advocating for state agencies in front of Congress, according to his LinkedIn profile.

Cuomo released a statement on Wolf’s death on Twitter on Tuesday night.

Shocked & saddened to hear this tragic news. Sid was a phenomenal public servant who worked relentlessly for the betterment of all NY’ers

My heart goes out to Lindsey & his two young daughters

Gov Cuomo staffer killed after being ordered out of Lyft https://t.co/ODiGaWRez3

“Shocked & saddened to hear this tragic news,” he tweeted. “Sid was a phenomenal public servant who worked relentlessly for the betterment of all NY’ers. My heart goes out to Lindsey & his two young daughters.”

Family friends who organized a GoFundMe page for Wolf’s wife and daughters also remembered him.

The crash is being investigated, and the Delaware State Police are asking for help from anyone who witnessed the collision.

Wolf had most recently been working as the campaign manager for Montgomery County Councilmember Sidney Katz, who is seeking re-election.

“Sid was a people magnet,” Wolf’s obituary reads. “He was the first to welcome you with a hug; his life force was unmistakable and irresistible. He effortlessly collected friends and treasured family above all. To see him with his daughters was to see love embodied.”

Lyft did not immediately respond to a request for comment from NBC News. The company told Washington’s local ABC News station they were cooperating with police.

“We are heartbroken by this incident,” Lyft said in a statement to local WJLA-TV. “Our hearts are with Mr. Wolf’s loved ones during this incredibly difficult time, and we’ve reached out to the ride requester to offer our support. We have permanently removed the driver from the Lyft community and are in contact with law enforcement to assist with their investigation.”