‘Every parent’s nightmare’ sex attacker, 23, grabbed and molested 10-year-old girl while high on Spice – but she escaped when he stopped to light a cigarette during the attack 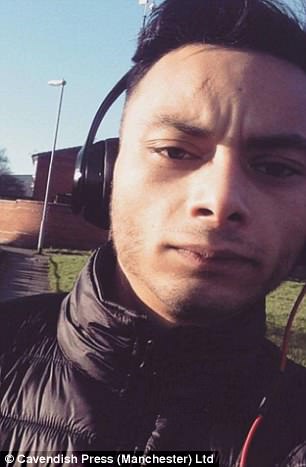 Artus Kozlovski, pictured, was jailed for five years today after he sexually assaulted a 10-year-old girl while high on the zombie drug Spice

A sex attacker was branded ‘every parent’s nightmare’ by one of Britain’s top judges today as he was jailed for sexually assaulting a 10-year-old girl while high on the zombie drug Spice.

Artus Kozlovski, 23, dragged the youngster into bushes after ambushing her on a canal path in Manchester when she was walking home from visiting friends.

During the sickening attack, Kozlovski placed his hand over the youngster’s mouth and left her fighting for breath before pulling down her leggings and molesting her.

She only escaped when he halted the sexual assault to light a cigarette.

The girl ran for life out of the bushes and collapsed weeping in the arms of a woman walking her dog.

She was said to be hyperventilating and barely able to speak saying only: ‘Don’t let him get me.’

Police arrested Kozlovski following a manhunt in which CCTV of him attempting to chase the girl and then prowling around a corner shop near his home in Openshaw, Manchester, was issued as part of a public appeal.

A neighbour recognised him from his distinctive hooded top with a rose emblem.

The attacker initially denied wrongdoing but later told officers: ‘I am so sorry for what I have done. The last few days I have been lost. I have been on spice.’

Police stepped up patrols in the area after the incident.

At Manchester Crown Court, Kozlovski, a former Iceland shop worker who arrived in the UK from Latvia in 2011, was jailed for five years after he admitted sexual assault. 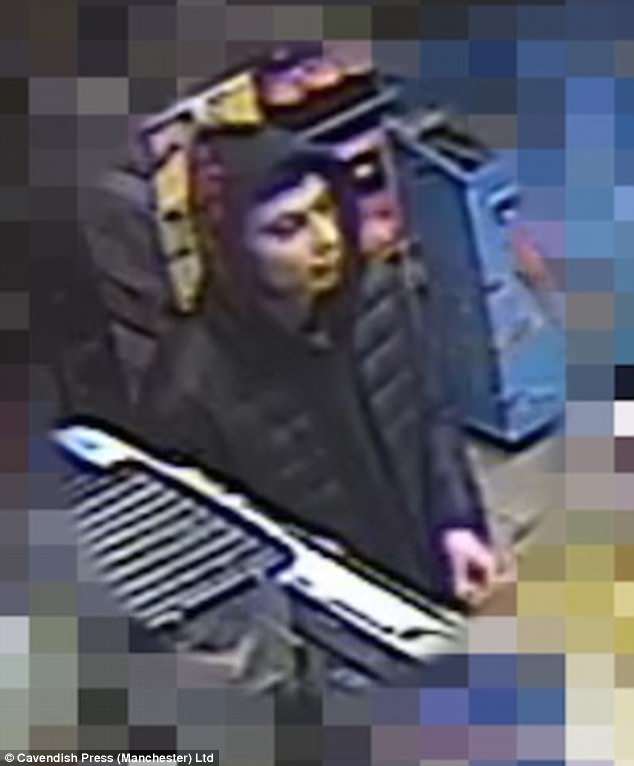 Police arrested Kozlovski following a manhunt in which CCTV of him (pictured) attempting to chase the girl and then prowling around a corner shop near his home in Openshaw, Manchester, was issued as part of a public appeal

A second charge of false imprisonment with intent to commit a sexual offence was dropped at an earlier hearing.

The judge Mr Justice William Davies ordered Kozlovski to remain in licence until 2026 after he is freed from jail and said he had to sentence him on the basis he would stay in the UK.

The judge said: ‘This was a 10-year-old girl on her way home and you approached her affected by drugs and she ran because quite rightly she was concerned. You didn’t let her get away and chased after her and grabbed her and pulled her into some bushes. You pulled down her clothing and touched her.

‘This is the nightmare of every parent and you bought that nightmare to the parents of this girl who as a result suffered badly. I have no doubt she will continue to suffer badly.

‘At the time you had a stable background, a family and a job and there is nothing in your life which should have caused you to go off the rails except drugs. But you did behave in this way – and it was a grave way towards a young girl.

‘There must be a significant risk of you doing this to another small girl and I must sentence you on the basis that you will remain in this country.’

The incident occurred at 2pm on February 10 when the girl was walking home along a canal path and noticed Kozlovski walking towards her.

Prosecuting, Andrew Ford said: ‘He stopped and asked her where she was going. Sensing danger, she began to run away but the defendant gave chase and with one hand over her mouth he dragged her into some bushes.

‘The complainant struggled but the defendant was stronger and there was a smell that made her think the defendant had been taking drugs. The defendant pushed her to the ground, pulled down her leggings and touched her sexually.

‘At this point the complainant saw her friend and shouted for help but was prevented from doing so by the defendant who had his hand over her mouth an she found it hard to breathe. 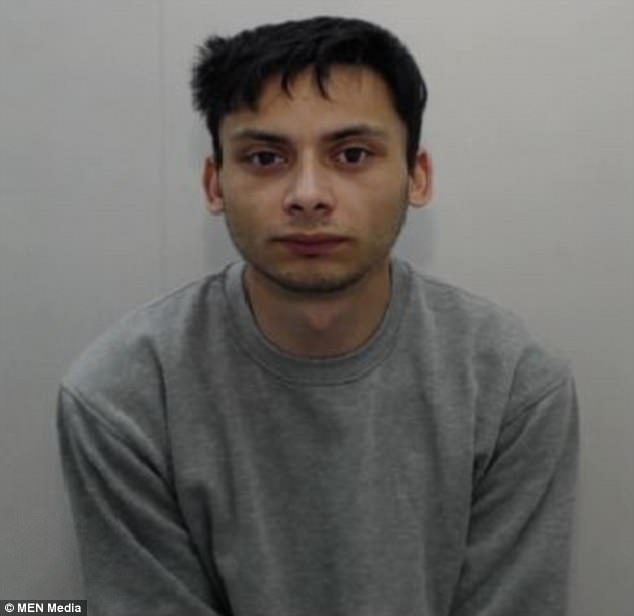 ‘He stopped and said: “Wait there while I pull a smoke out.” This provided her with her chance to escape and she ran through the bushes running for her life. She came across a woman who was walking her dog.

‘She was crying and hyperventilating and almost couldn’t speak but the woman heard the complainant say: “Don’t let him get me.”

‘She took the complainant home and police were contacted immediately. In the early part of the investigation the police released CCTV images they received calls from members of the public who recognised the man.

‘At the police station he denied everything saying he chased the complainant because he thought she had stolen something. He later claimed she had asked for help because she was lost and accepted he was under the influence of spice.

‘It is clear that this was the most distressing event for the girl to experience and there is some psychological symptoms as a result of what happened.’

In mitigation defence counsel Miss Rachel Shenton said: ‘The defendant accepts the seriousness and the damage caused to the complainant. He has expressed his remorse and regret for his conduct. He simply cannot bear to contact his two sisters who live in the UK.

‘He came to this country when he was 16 and began working in Bradford and at the time of the offence was working in a factory for Iceland. He was already using spice which became an addiction.

‘He is a very hard working young man who behaved in a totally out of character way.’

Kozlovski was also made subject to an indefinite sexual harm prevention order. After the case Det Insp Claire McGuire of Greater Manchester Police said: ‘Every person that heard about this appalling case was genuinely shocked, struggling to comprehend that such a young girl could be so horrifically attacked by a stranger in their community.

‘However it is the people in this community I’d like to thank, both for their support of this young girl and her family, and for helping us to identify Kozlovskis, so that we could take him off the streets so quickly.

‘I wish this hadn’t happened and we did not have to discuss his depraved actions that Saturday afternoon, but I hope this awful case will send a clear message that we are prepared to work relentlessly to bring sexual predators like Kozlovskis to justice.

‘While we cannot undo the damage of his sickening behaviour, I hope this young girl and her family have some comfort knowing he will now spend the next five years behind bars.’