A family of six – including four children aged between 11 months and four years – have been found dead inside a car at their home in Texas, police said.

Officers were called to a house in Stone Oak, San Antonio, to do a welfare check on Thursday morning after a neighbour flagged concerns he had not seen one of the residents for a while.

They found “heavy, noxious fumes” coming from inside the house, which were later identified to be carbon monoxide, San Antonio Police Chief William McManus said.

Officers managed to get inside the property later that day and found a “cryptic” note on the door, before discovering six bodies and two animals inside an SUV parked in the garage, he told a news conference. 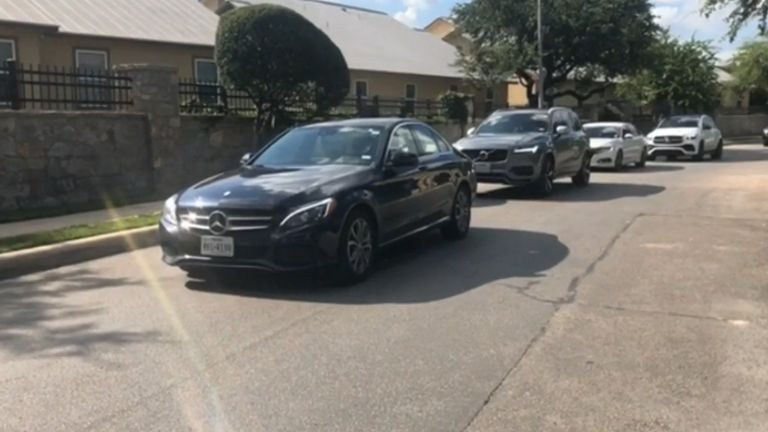 The bodies were identified as a husband and wife in their mid-to-late thirties and four children.

Two pet cats were also found in a basket on the front seat, with the man believed to be a member of the US military.

The family moved to the area in January, though neighbours told police they “never saw them” out and about, said the police chief.

“This is just the very beginning of the investigation,” he said.

“Although it appears to be a suicide they’ll be combing through the house to find any evidence they can of what happened in greater detail.”

Nearby residents were evacuated while police and chemical experts ensured there was no risk of an explosion at the house.

Anyone feeling emotionally distressed or suicidal can call Samaritans for help on 116 123 or email jo@samaritans.org in the UK. In the US, call the Samaritans branch in your area or 1 (800) 273-TALK.