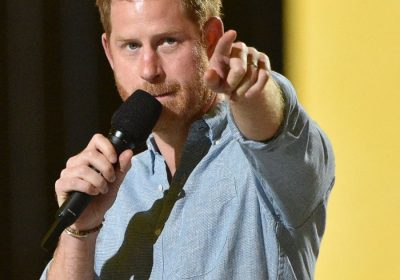 Prince Harry and Meghan Markle fans have praised the Duke of Sussex for his growth since leaving "Shutter Island".

Shutter Island is a novel by Dennis Lehane which was later made into a film by Martin Scorsese starring Leonardo DiCaprio, following the story of two US marshals who are sent to investigate a disappearance at an asylum on a remote island.

The couple announced in January 2020 that they would step back from senior positions in the Royal Family following talks at Sandringham between Harry, Prince Charles, Prince William, and the Queen, and finally left their positions at the end of March.

They moved to Montecito, California, with their son Archie last year, having spent the intervening period living in Canada, in hopes of a more private lifestyle.

The Sussexes have since announced multimillion-dollar deals with Netflix and Spotify, while Harry has also landed jobs at Aspen Institute's new Commission on Information Disorder and mental health app BetterUp.

Harry also this week announced he is set to speak frankly about coping with both trauma and grief in a new documentary with US TV host Oprah Winfrey for Apple TV titled The Me You Can’t See.

The first programme will focus on mental health as is set for release on May 21.

And fans have been full of praise for Harry after his latest move, saying he is thriving since moving to the US.

"This man has a Netflix deal, Spotify podcast, a charitable foundation, the CFO of a multimillion-dollar company, and his own production company. With his wife and kids by his side!

One person quoted Harry's wife Meghan from her interview with ITV's Tom Bradbury, writing: "'It's not enough to just survive something, right, you've got to thrive'.

"When thriving is your belief, and you plant your seed in an environment where it'll bloom, grow and thrive, your life will manifest it.

Another wrote: "Maaaan, he's doing his thing!!! I'm proud like I have something to do with it."

To which, another fan replied: "Many of us feel that way about Harry. It's exciting & gratifying to see H&M stepping boldly into their future. W is waiting for the crown, but H is the one destined for greatness!"

Others said it was as if Harry's mum Diana would be very proud of him.

"His mother is looking down on him with a smile. Diana would be so proud," one fan gushed.

"A good support system will do that for you… Meghan is awesome and exactly what he needed. It’s as if Diana sent her," replied another.