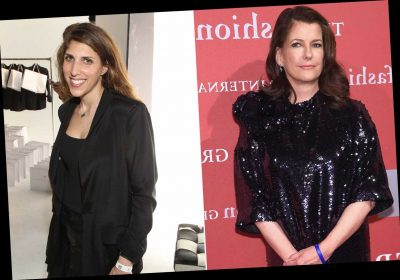 Oops! Star and In Touch run advertorials as news

Fashion “bible” Women’s Wear Daily continues to slim down even as its owner, Penske Media, beefs up via a $225 million merger with the publisher of The Hollywood Reporter.

Two top editorial executives quietly departed the trade publication at the end of the year, including one who had been there for 35 years, as the COVID-19 pandemic continues to crush the fashion industry.

Executive editor Bridget Foley and digital director Sophia Chabbott had been top deputies of editorial director Jim Fallon, who could not be reached for comment.

As The Post previously reported, WWD handed out pink slips in December amid cuts to advertising and subscriptions. It’s unclear whether these high-profile departures were part of that round but some WWD insiders were said to be upset that Foley was allowed to leave after 35 years with no fanfare and no farewell from the top.

She may, however, continue to write her column “Bridget Foley’s Diary” as a contributor, said a spokeswoman for WWD owner Penske Media.

“We are working with Bridget to continue her column for years to come, as well as collaborating with some of our other Penske Media Corporation brands on additional fashion initiatives with her,” the spokeswoman said. “This is not a termination but a restructure.”

“I love writing about the industry,” Foley said, but acknowledged, “the two industries I operate in, media and fashion, are going through tremendous changes.”

The departures come as cost pressures continue to mount for fashion publications as retailers shut their doors due to the pandemic and stuck-at-home consumers flock to casual wear.

But that hasn’t stopped owner Penske Media from beefing up in other places with a $225 million deal to acquire 80 percent of MRC Corp., the company that publishes Billboard, The Hollywood Reporter and Vibe. The mags will be merged into a new joint venture called PMRC that will include Penske’s Variety and Deadline titles.

Chabbott started her career at WWD before jumped to auction house Christie’s and becoming editorial director of Saks Fifth Ave. and online fashion editor at Glamour. She jumped to WWD in 2016 as director of digital and could not be reached for comment.