The FBI has released its file on Playboy founder and former editor-in-chief Hugh Hefner two years after his death.

The 58-page heavily-redacted document goes all the way back to 1958, five years after Hefner launched the magazine.

The file revealed that the intelligence service interviewed Hefner several times in the late 1950s and early 1960s over what the FBI called ‘obscene material’. 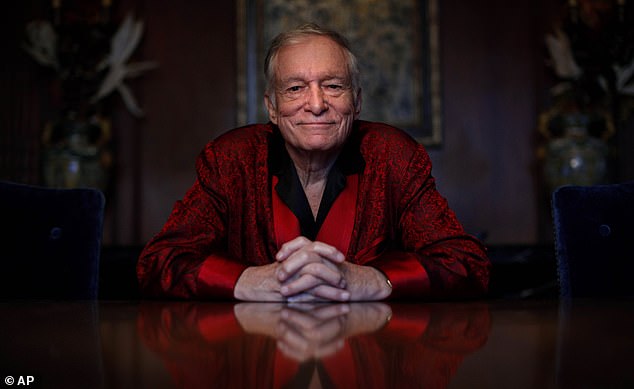 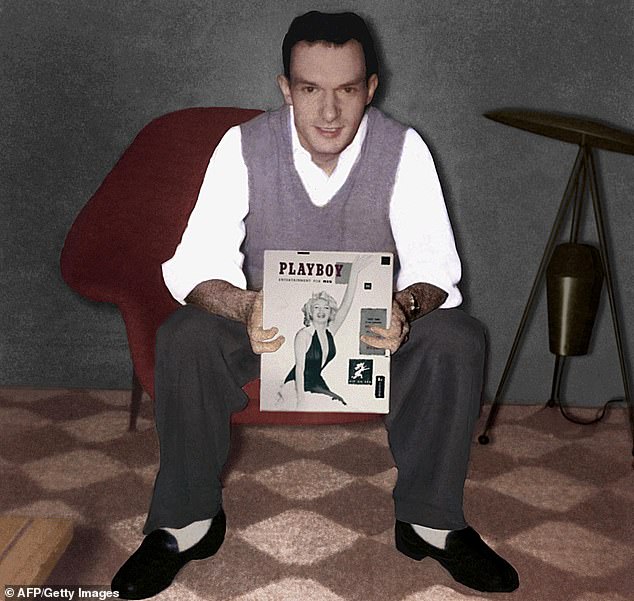 Hefner is pictured in 1953 with his first issue of Playboy Magazine. The FBI’s newly-released file reveals that it began watching him five years later in 1958 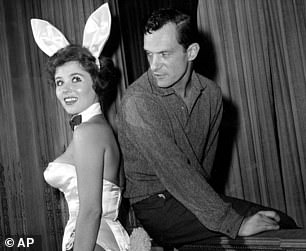 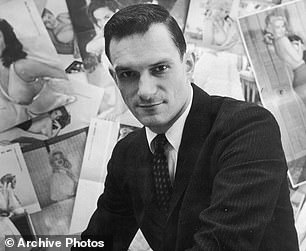 Hefner is pictured with a ‘bunny girl’ in 1961 (left) and as a young man (right). The newly-published FBI file reveals he was interviewed several times in the late 1950s and early 1960s over what the FBI called ‘obscene material’

In a memo to FBI Director J. Edgar Hoover, the agent in charge of Hefner’s file suggested that the FBI surveil Hefner to determine if he was breaking laws.

The question was whether Hefner and his photographer, identified by the FBI as Edward Oppman, wanted to transport ‘pornographic images’ across state lines.

Several of the grainy typewritten pages detail their movements.

But the FBI found Hefner and Oppman did not violate any laws.

‘Persons interviewed advised that Hefner too clever to violate Federal or local laws,’ a summary of the investigation reads. 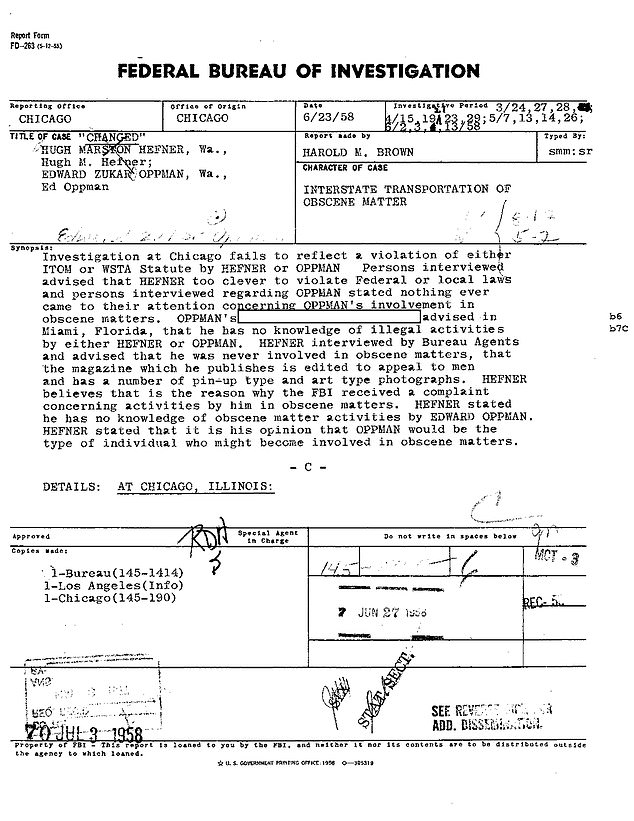 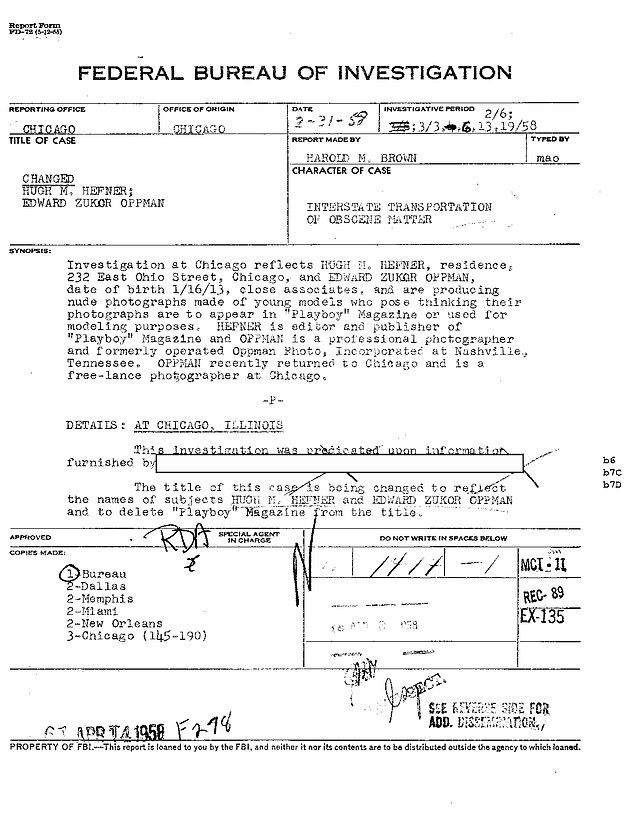 The FBI wanted to know whether Hefner and his photographer, identified as Edward Oppman, wanted to transport ‘pornographic images’ across state lines 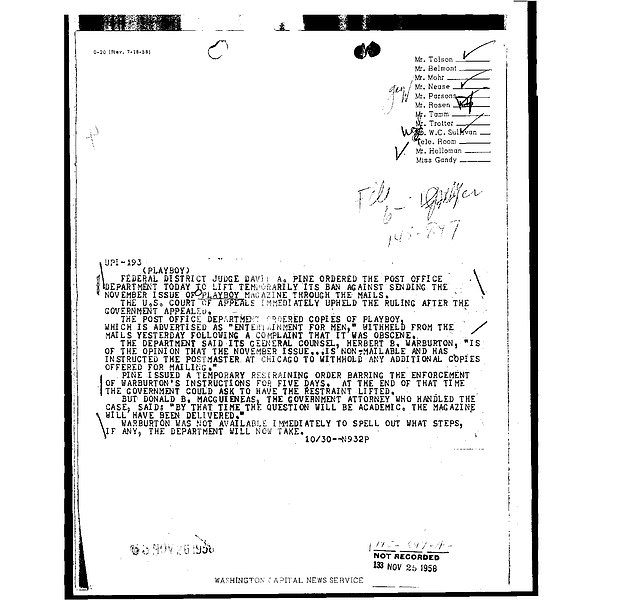 Hefner at the time told the FBI that his magazine was like Esquire.

He was temporarily banned in 1958 from mailing the magazine after a complaint that it was ‘obscene’.

He was arrested in 1963 by authorities in Chicago for publishing photos of actress Jayne Mansfield in bed with a man that the city deemed ‘obscene and suggestive’. 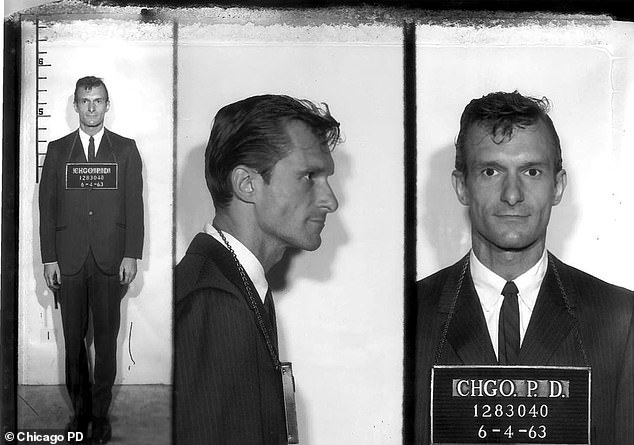 Mugshots of Hefner after he was arrested in 1963 for publishing photos of actress Jayne Mansfield that the city of Chicago deemed ‘obscene and suggestive’. He later beat the charges 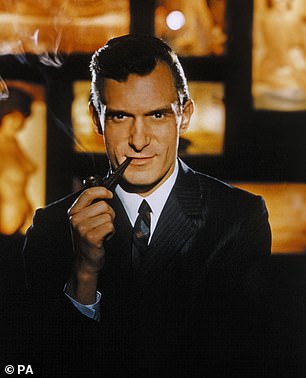 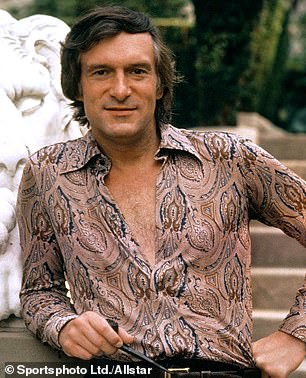 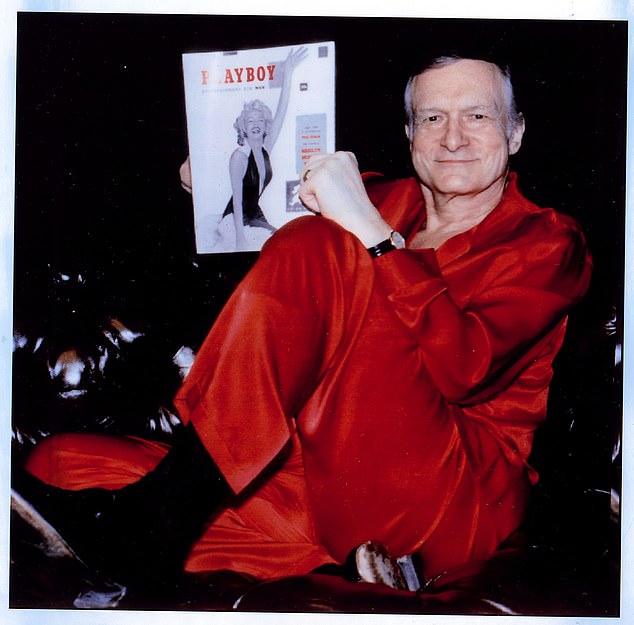 Hefner posing with the Playboy magazine that made him rich later in life. Hefner died of natural causes in September 2017 aged 91

One article says the pictures that led to his arrest on obscenity charges show ‘a well-endowed movie female sprawling about in various stages of nudity’.

‘Our view is that mass-produced lewdness can have a weakening, damaging effect on the moral framework of a community,’ the Chicago paper wrote.

Hefner beat the charges at a jury trial.

One page of the file reveals that a former Playboy employee left the company because he ‘did not approve of Hefner’s moral character’ and that the notorious ladies’ man ‘drinks excessively’.

The most recent pages of the file are from 2001, when the FBI said around 15,000 emails were sent to customers by someone from Hefner’s personal e-mail addresses and forged accounts.

When a person of public interest dies, the FBI takes the step of releasing their file on its records website.

It has taken seemingly the agency two years to process Hefner’s file before its release.

Hefner is one of many celebrities, including Michael Jackson, Elvis Presley and Frank Sinatra, investigated over the years, and whose investigative files are of public interest to journalists, fans and researchers.

Hefner was born in 1926 in Chicago, Illinois, and went on to become a millionaire after founding the influential men’s magazine in the early 1953.

Playboy hit with a splash, selling 50,000 copies of its first issue – which featured Marilyn Monroe on the cover – and went on to have seven million subscribers by its second year.

In 1971, Hefner bought the infamous Playboy Mansion, which became the place for Hollywood celebrities to be seen at Hefner’s famous parties.

He was a controversial figure, flaunting his taste for much younger women and boasting about sleeping with thousands of women.