First-time gun ownership skyrockets amid riots, increased violence across country: 'You can't really be too safe' 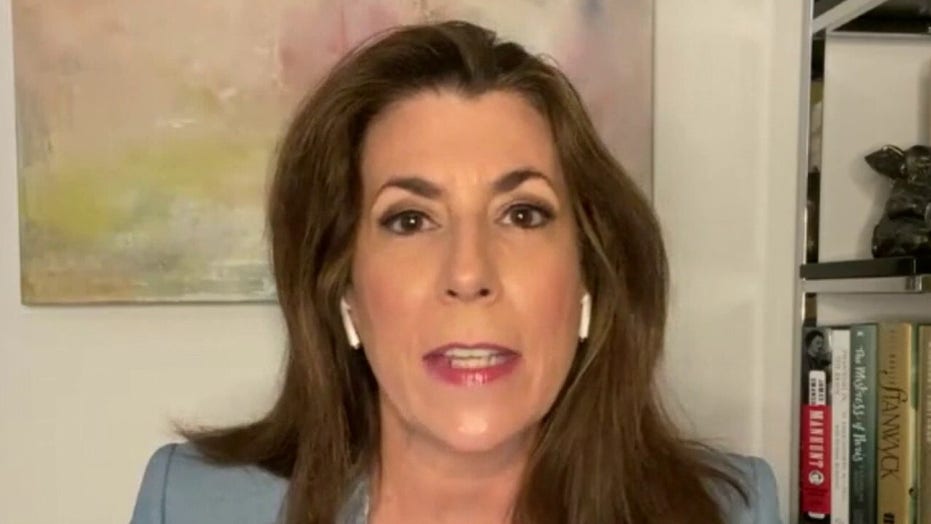 Tammy Bruce: If guns are so freely available everywhere else, why is Chicago such a bloodbath?

For years, Carlene and Jake went back and forth about purchasing a firearm.

The young parents from California – who did not feel comfortable using their last names or more specific identifiers when they spoke with Fox News on Sunday out of concern about possible backlash – said with the country “a little bit on edge right now,” it was the right time to make the purchase.

“Overall, our country is a little bit on edge right now.”

The couple is among the hoard of 2.5 million first-time gun buyers who have exercised their Second Amendment right to own weapons. The told Fox News they have received their licenses and are now waiting for their firearms to arrive because they’re on backorder.

“With everything going on in both the world and politics and everything, you can't really be too safe,” Carlene said. “We have a family, a young family, so I think that's always on the back of my mind, as well. I think with a lot of the riots and such like that, it's important to – if your First Amendment isn't protected, I guess you always have the second, right?"

She added: “Overall, our country is a little bit on edge right now.”

“We all have our own political standpoints and things like that, but these movements to, you know, defund the police, and these movements of Antifa and what they bring, it's definitely on the back of my mind,” she said. “Do I feel threatened every day? No. But I would say that I did contribute to our decision of finally pulling the trigger, no pun intended, on purchasing.”

A "family history of events” also contributed to their decision, but Carlene noted they also intend to use the guns recreationally. They are both making plans to enroll in handgun safety training. 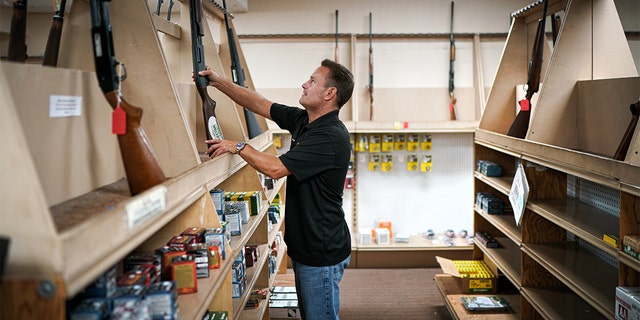 At the beginning of June, the National Shooting Sports Foundation announced that more than 2.5 million people had become first-time gun owners in the first half of 2020.

January to June 1 of 2020, was “unlike any other year for firearm purchases — particularly by first-time buyers — as new NSSF research reveals millions of people chose to purchase their first gun during the COVID-19 pandemic,” explained Jim Curcuruto, the shooting foundation's director of research and market development, at the time.

NSSF data shows a record number of gun transactions – 10.3 million – were processed in the country during that time period.

When asked if she was surprised by the number of first-time buyers during the first half of 2020, Carlene said “not at all.”

"When I went into this shop, to where we purchased our guns, they're completely on backorder," she said. "We don't even know actually the exact date that we're going to get possession because they have thousands of people on backorder.”

Gabrielle Gray, a 26-year-old from High Point, N.C., received her gun permit in December but didn’t decide it was time to go ahead and make the purchase until two weeks ago. She bought a Smith and Wesson pistol.

Gray, a photographer who also works for an insurance broker, waited to buy after being permitted because, as she told Fox News, she was “broke.”

“I never really did save up,” she admitted. But when she received her paycheck in July and also received a bonus, she decided it was “the perfect time." 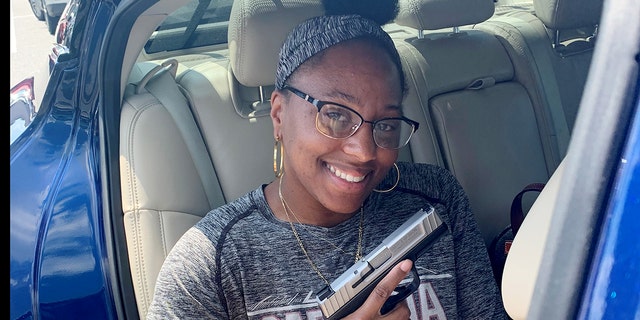 "Times are getting bad right now. Of course, it's good to make sure that you protect yourself. And also, I've gotten into politics recently and I learned my rights,” she said on Sunday. “Crime is rising, I feel like people are getting more bold to do more things now.”

She referenced the recent rioting and looting seen across the country as well as other concerns, however, she noted those types of crimes had not been as prevalent in her area recently.

Another first-time gun buyer, who asked to remain anonymous, told Fox News they did not want to be "defenseless" amid the rioting and increased crime."

"We also purchased a Taser, pepper spray, and stun gun in the hopes that we would never have to use any of them, especially the firearm," the person told Fox News.

John Lovell, the co-founder of firearms training forum Warrior Poet Society, said his company has seen a 30 to 40 percent increase in traffic to its YouTube videos – its “bread and butter” – since the beginning of March.

“Everything kind of went nuts,” he told Fox News.

In addition to its YouTube activity, which includes everything from training and tips to product reviews and light-hearted clips, the company sells firearm gear and apparel.

“YouTube is up around 38 percent, month over month, where we're usually closer to 1,500 hundred new followers every day. Our website is up about five times over our average,” Lovell said. "Those are new customers, about five times more. So we get a lot of website traffic, but every month we expect, prior to March, 631 new customers to hit our website. Whereas after March, we were seeing about 3,048 new customers.”

WPS received its highest-ever surge in new customers, with 10 times the normal amount, he said.

And it's not just the purchases of firearms that are going up. Safety classes have skyrocketed as well.

T.J. McDermott, co-owner of the Paladin Center, a training facility roughly 60 miles north of New York City in Hudson Valley, N.Y., said some classes are now selling out within an hour of being posted.

“[It’s] to the point where we're putting multiple classes on a month – classes that we would normally schedule maybe quarterly or once every four months, we're now doing multiple times every month.”

Now, he said, the center is scheduling an estimated three group classes per week on top of 20 to 30 hours of private instruction each week.

Marilyn Miller, one of Paladin’s firearms instructors, said she’s recently been teaching people who told her they “never would have thought of buying a gun until recently.”

“I went from a couple of students a week to probably at least a dozen a week,” she said. “Couples are bringing their kids, ages 14, 15, 16, all the way up to their 20s and want them all to know how to use the same gun that they're going to keep in the house … A lot of them came in afraid of guns, and came in to try shooting before they went out and purchased a gun.”

She stressed the importance of someone being properly trained in using a gun and noted, “There’s no such thing as accidents. It’s negligence.”

“Finger is always off the trigger, nuzzle is always in a safe direction. And if you're going to use it, know what's behind your target,” she said. “You've got to be very aware.”