The Mexican government has launched an investigation into a high-speed shootout between military troops and a cartel murder squad, after bodycam footage showed one soldier ordering his fellow servicemen to kill a surviving gang member when the battle was over.

Mexican newspaper El Universal obtained the unreleased body camera footage of the final moments of a war-like gun battle on a highway in Nuevo Laredo, Mexico on July 3.

The Army said it was monitoring the neighborhood of Fresnos, a 10-mile drive from the Juárez–Lincoln International Bridge, which connects the United States and Mexico over the Rio Grande, when the troops were met with fire from gang members using military weapons.

The convoy of the 16th Motorized Cavalry was attacked by the notorious Tropa del Infierno (Gang from Hell) – a hit squad tied to the Cártel del Noreste (Northeast Cartel). 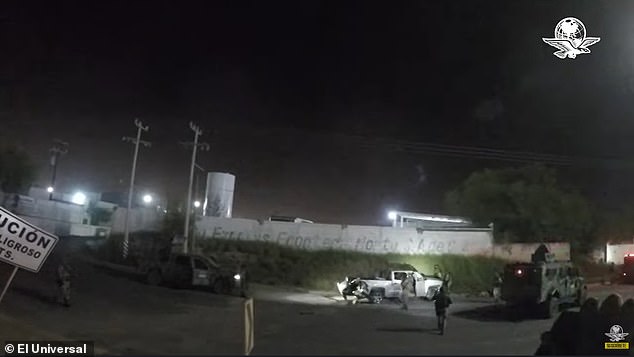 Footage obtained by Mexican newspaper El Universal showed the moment the Mexican military opened fired and killed a member of Tropa del Infierno, a street gang linked to the Cartel del Noreste, on July 3. Several soldiers fired at the pickup truck when a cartel member was seen moving on the flatbed of the vehicle after a military servicemen ordered a cease fire

The troops responded with an assault of their own and launched a high-speed pursuit of the gang’s pickup truck.

Eventually the cartel pickup came to full stop, and footage shows a soldier reloading his rifle and continuing to fire. Four military vehicles arrived at the scene as soldiers continued to shoot despite no response from the cartel.

Another soldier standing nearby is then heard yelling ‘kill, kill that mother******’ before additional shots are fired. 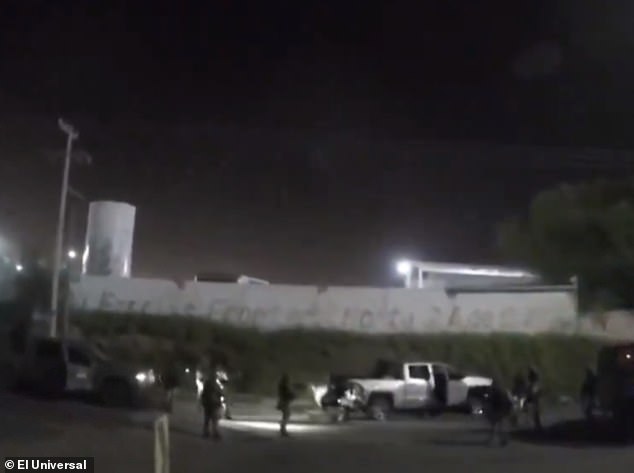 The bodycamera footage is at odds with the initial report filed by the troops involved.

According the initial report filed by Secretary of National Defense [SEDENA] after the shooting incident, none of the cartel members and kidnapped civilians were alive when the soldiers approached the vehicle.

The three civilians were identified as Arturo Garza 19, and siblings Damian Tercero, 18, and Alejandro Tercero, 16. All had been reported missing by their families.

‘I will never see my son again,’ Raúl Tercero told Noticieros Televisa. ‘What I want is justice to be served, for those soldiers to pay.’ 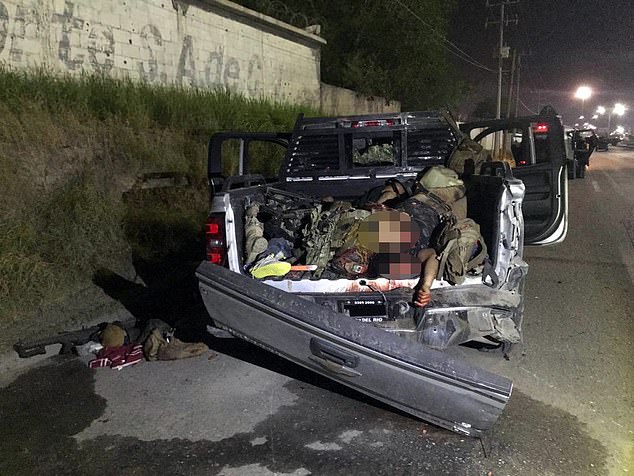 Pictured: members of the Tropa del Infierno and three civilians who died after the gang, which is linked to the Cartel del Noreste, engaged the Mexican Army in a gun battle July 3. The Mexican government announced Wednesday it will investigate 24 soldiers over the incident 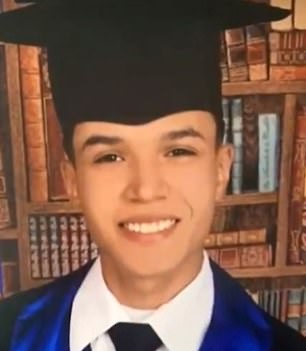 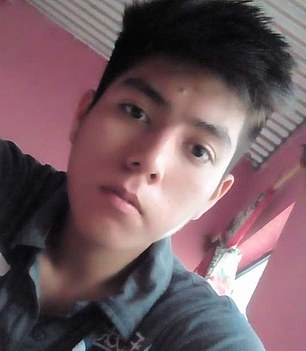 Arturo Garza (left) and Damian Tercero (right)  were among the three kidnapped civilians who were killed in a shootout between a cartel and the military July 3 in Nuevo Laredo, Tamaulipas 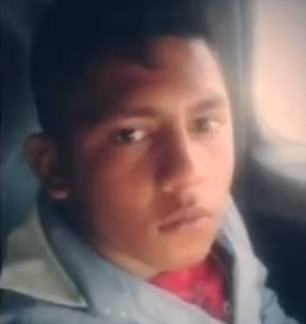 More than 200 shots were fired at the pickup truck.

During President Andrés Manuel López Obrador’s daily press briefing Wednesday morning at the National Palace in Mexico City, defense secretary General Luis Cresencio Sandoval said that at least 24 soldiers are being investigated for their role in the incident.

The United Nation’s Commission for Human Right in Mexico has called for a full blown investigation into the military’s operation and called their actions worrisome.

‘Images of the use of lethal force by members of [SEDENA] are concerning and reflect conduct that may constitute excessive use of lethal force and other human rights violations,’ the agency said. ‘These facts show the importance of the deployment of the armed forces occurring in an extraordinary, regulated, supervised, subordinate and complementary manner, as established in the Constitution.’