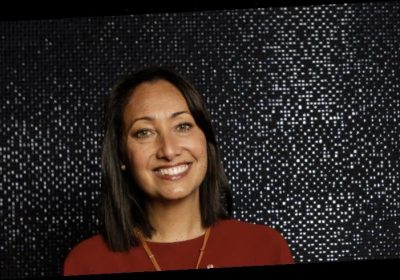 Thirteen years ago we witnessed a pivotal moment in Australian history and a seismic shift towards reconciliation: the Apology.

While long overdue, we can credit the timing of the 2008 Apology to an urgent act of bravery – to finally and formally acknowledge the suffering caused by decades of mistreatment of Indigenous Australians.

So many Australians had done the hard yards in the lead up to that day by learning about our shared history to better understand why an apology was necessary. 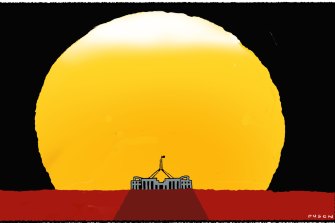 It’s time for a new conversation about Australia Day.Credit:Dyson

Together, we stood in schools, workplaces, public places, lounge rooms and on bridges in solidarity and unity, sharing a moment of deep reflection, sorrow, and pride to be Australian. On that day, I remember saying that we looked in the mirror – and we liked what we saw.

The 2021 State of Reconciliation in Australia Report presents that well-worn path and expertly examines the progress we have made, and the way forward. The five pillars of reconciliation, as set out in detail in the report, give us a strong framework for attention.

Action on these pillars can only be realised by being truthful; truthful to ourselves and truth-telling. That truth must begin by owning our personal biases, and confronting our nation’s collective racism, both overt and covert.

Bravery in the face of racism will be our change agent. Now is the time to take a deeply personal journey and have those uncomfortable conversations.

And we need to extend those conversations to those within our sphere of influence, both professionally and personally.

We might feel a degree of safety when discussing our organisation’s Reconciliation Action Plan, for instance, but are we prepared to step up our leadership roles, tackle racism head on and drive a reconciled nation at the risk of losing the support of constituents, or shareholders, or colleagues along the way?

Personal conversations are perhaps even harder to begin but are critically important.

Today as we approach the end of January, we are once again looking in the mirror and many of us are questioning what we see.

At the beginning of my term as vice chair of the National Australia Day Council, I called on all Australians – not just Indigenous Australians – to begin a formal conversation about whether we wanted to mark our nationhood on January 26 or on another date.

Today, the topic of changing the date has become a social movement of its own as a growing number of Australians now understand and acknowledge the brutal impact that colonisation has had on First Nations families and communities.

Let’s not celebrate our nationhood from the signpost of 1788; our collective story is so much stronger than that, and so much longer than that.

Will you, this week, have a brave conversation about how we celebrate as a nation on January 26 with your colleagues, mates or mum? Are you willing to listen, challenge and learn about yourself and others by diving into uncomfortable conversations about our your bias, beliefs and values?

Ultimately, the measure of our success as individuals will be the extent to which we have empowered ourselves and our sphere of influence — with the knowledge and confidence to face our biases and to create change.

As a nation, the measure of our success must be the position that Indigenous peoples find themselves in. That is, a safe, equitable, equal and fair environment filled with prospect and hope.

Let’s celebrate the progress outlined in the 2021 report and take action on the data and the crucial focus areas it illustrates. Let’s take an unapologetic, brave stance on racism to propel us faster towards a reconciled nation. Only then can we once again look in the mirror and rejoice in what we have become.

Shelley Reys, AO, is the CEO of Arrilla Indigenous Consulting and was the inaugural Chair of the Reconciliation Australia Board of Directors.