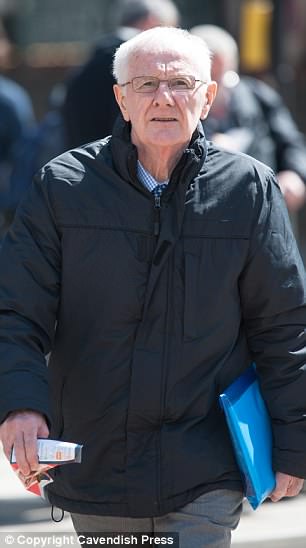 A Catholic priest began a relationship with a divorcee after he secretly fathered a love child with her teenage daughter and groped the youngster’s 11-year-old sister.

Alan Devine had become infatuated with the 15-year-old after she attended his Roman Catholic school in Stockport, Greater Manchester, a court heard.

After she gave birth to his baby, the infant was given up for adoption and she kept quiet about the identity of the father.

The clergyman, who was the chaplain at the school in the 1970s, then started dating the girl’s mother after he left the priesthood.

The scandal only emerged four decades later when the victim,  who is now 58, went to police to report the abuse.

And her younger sister, now 54, later came forward to say Devine had also molested her during the same period.

The older girl claimed she had sex with Devine in his office at the convent where she was a pupil. Her sister said she was groped whilst being taken to swimming lessons in his car.

Details of the affair emerged as Devine, now 74, of Stockport, was convicted of six counts of indecent assault on the two victims between 1972 and 1976.

During the two week trial at Minshull Street Crown Court, jurors were toldthe older girl had been a pupil at the Roman Catholic School, where Devine was appointed Chaplain in 1973 aged just 30.

He lived in a presbytery but was said to be ‘different’ from the the older stricter priests and was known for shunning cassocks in favour of wearing regular clothing and later he befriended the girl’s family. 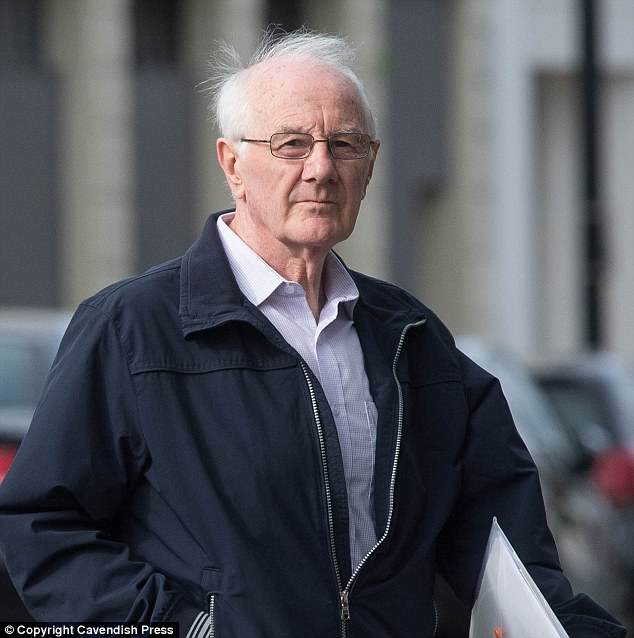 The victim claimed she had sex with Devine three times including an encounter in his office which she recalled had red flooring. She became pregnant by him aged 19.

‘He was a priest, he should not have been having sex with anyone I have no memory of my post natal time after giving birth.’

She said she later had flashbacks and was diagnosed with depression and she told her husband about the child and that Devine was the father.

In a statement to police the other victim said: ‘It was quite normal for a priest to be adopted into the family and I remember commenting that Alan was always there – that is how it felt.

‘One time when he took me swimming, it was just the two of us and I remember him coming up behind me saying something like: ‘You look nice in a bikini. Boys should fancy you because you look really nice in a bikini.’ I just laughed it off at the time.

‘Another time when I was about 11 or 12 he came up behind me whilst I was showering at the swimming pool and put his hand down my bikini bottoms. I remember telling him I didn’t want to do that but he said: ‘It’s fine because I’m part of the family.’

She added: ‘When I was a bit older he took me for a drive and pulled into a lay-by and asked me: ‘Do I get a kiss for taking you out.’ He started to pull his arms tight and told me he would show me how to kiss properly. 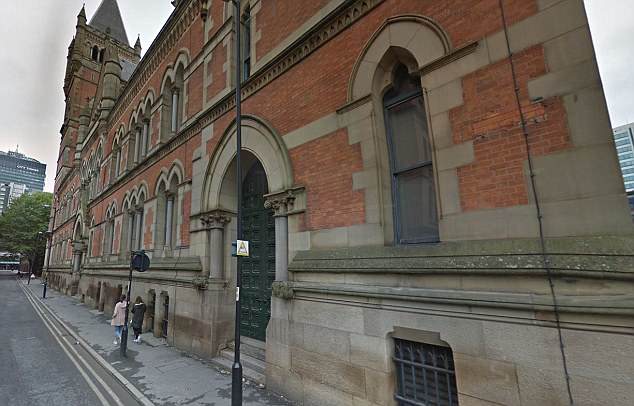 ‘One particular night it was very warm he leant in towards me and I could hear him whispering: ‘You smell really nice,’ whilst he was rubbing his hand on my thigh. He said: ‘I won’t tell anyone. It’s just between me and you.’

The victims’ eldest sister told the court: ‘Father Devine wasn’t like other priests. They always used to be older and strict whereas when Alan came he was very different. He was younger and he used to walk around in his normal clothing.

‘I didn’t have much to do with him at school but in around 1975 I began to see him a lot. He seemed to be at our house a lot during the week at night. He used to sit there and drink my father’s whiskey – he just seemed to be there all the time.

‘When my sister gave birth to a baby, I was not aware she was pregnant or had a boyfriend but the baby was given up for adoption. It was only in 2005 when I was made aware of who the father of the baby was.

‘My sister started talking about times he had come round to the house. She was describing it to say that it brought back bad memories. She also spoke about him going upstairs to her bedroom.

A family friend who ran a drama group at a local Catholic Church said: ‘I remember one of the girls was babysitting for us at our home and she said she said she had been in terrible pain.

‘I called an emergency doctor and I left them both in the spare room. He said don’t call an ambulance straight away, the baby will be born in your home. There was a shock element at the time. It did not seem appropriate or relevant to ask who the father was. She was adamant it was a one night stand the previous Christmas. I had not been aware of any boyfriends that she had.’

Another friend of the victim said: ‘She told me Alan had been the father of the baby she had given up. When she was in school, he had been a priest. It was a very strict all girls school. Alan had supported the family and became friends with them.’

Devine admitted fathering a child with the daughter but claimed the affair began after she turned 18. He confessed he was ‘infatuated’ with her but when asked why he got into her bed he said: ‘I think it was a spur of the moment thing’.

The girl’s mother claimed she thought Devine and her daughter were ‘just friends’ and said her own relationship with him ‘evolved slowly.’ Recalling her daughter’s pregnancy she said: ‘That was a shock, I went to the hospital she said that she would not be keeping the baby. She said that she had a one night stand with someone called Nick.’

Devine was bailed and will be sentenced next month.

He was ordered to sign the Sex Offender Register. He was cleared of two charges of rape plus various other indecent assault allegations after jurors deliberated for eight hours 37 minutes.