Former Labour MEP who falsely claimed £100,000 in expenses that he spent on a honeymoon to Hawaii, a Land Rover and his divorce is ordered to pay back £85,000 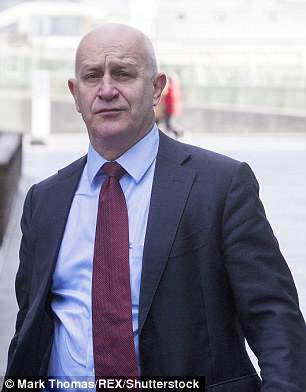 Peter Skinner, 56, of Snodland, Kent, was jailed for four years in 2016 after being convicted of wrongfully claiming cash from the European Parliament

A former Labour MEP has been ordered to repay £85,436.96 after falsely claiming more than £100,000 in expenses to spend on a car, his divorce settlement and holidays.

Peter Skinner, 56, of Snodland, Kent, was jailed for four years in 2016 after being convicted of wrongfully claiming cash from the European Parliament that should have been used to cover staff costs.

Some of the cash was used to buy a Land Rover Discovery for his ex-wife and monthly maintenance payments as part of his divorce settlement.

He also spent thousands on his honeymoon to Hawaii with his second wife.

Skinner was found guilty of one charge of fraud, one charge of false accounting and one count of making a false instrument at Southwark Crown Court and jailed in April 2016.

He came under investigation in December 2010 when officers from the Kent and Essex Serious Crime Directorate became aware of a potentially fraudulent document relating to consultancy work.

Skinner claimed it had been provided by his father but it was later established that the document, which authorised payments of £5,000 to his father’s business every three months, contained false signatures.

Through further audits of his personal and office accounts, the investigators also discovered numerous examples of Skinner spending money intended for staff on himself and others. 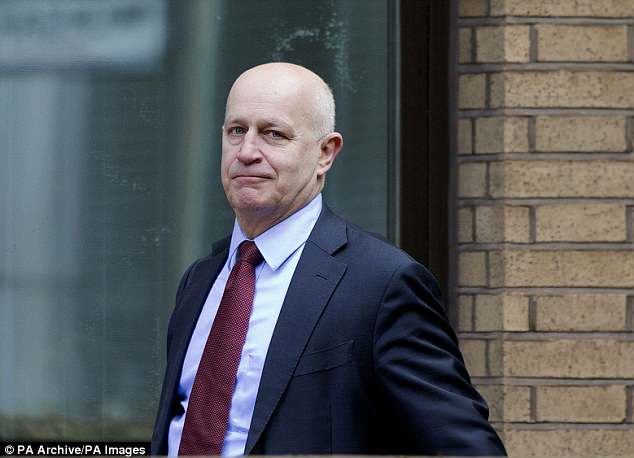 She issued an £85,436.96 confiscation order under the Proceeds of Crime Act to be paid within three months or serve another year in prison in default.

Detective Inspector Annie Clayton said in a statement: ‘Peter Skinner served as an MEP for 20 years and badly let down those who supported and trusted him throughout his time in office.

‘The abuse of his position to enhance his own lifestyle resulted in a prison sentence and now a confiscation order to the value of £85,436.96.

‘This should send a message to offenders that once they have been sentenced we will continue to investigate to recover any financial gain they have made from their activities and to reimburse victims where appropriate.

‘We will use the legislation that is available to seize any cash or property that we can prove they have obtained through criminal behaviour.’