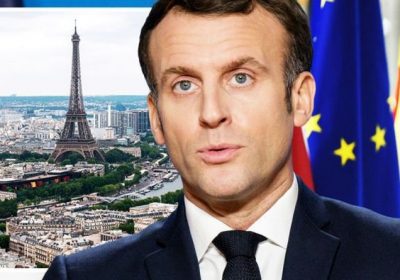 French President Emmanuel Macron has been hugely critical of Brexit since the historic referendum in 2016, with his Government regularly threatening to deadlock talks by voting down agreements if the terms did not adhere to their red lines. But now huge pressure is building on the French President, with the coined phrase ‘Frexit’ gathering significant pace on social media and even among France’s own MEPs. Florian Philippot, who was Vice President of the National Front in France establishing The Patriots party in September 2017, claimed the scaremongering over the UK’s departure shows Europhiles have now become “very uneasy”.

The former MEP of five years tweeted: “When the much-advertised (and desired) Brexit disaster does not occur, they claim the consequences will be visible over ten years.

“EU supporters are very uneasy, and it is starting to show. Frexit quickly!”

Mr Philippot was reacting to an article from French daily newspaper Le Monde entitled: ‘Brexit: in the United Kingdom, no economic collapse but a slow crumbling’.

The editorial claimed despite there not being the expected traffic chaos at the ports of Dover or Calais because of the new systems put in place to manage additional customs checks on goods, “the effect of Brexit is real but its effects will spread over more than a decade”. 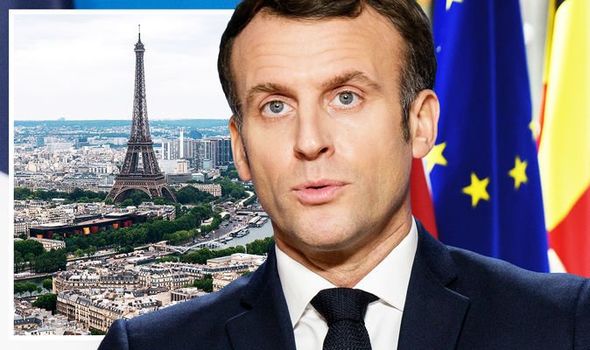 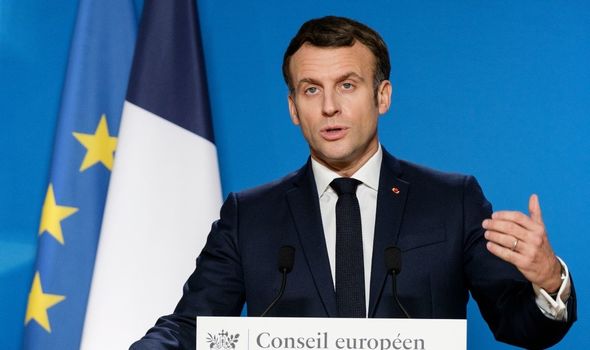 Charles-Henri Gallois, President of the political movement Generation Frexit, also lashed out at Project Fear from within the bloc.

Responding to an article from Euronews about the surprise around how quiet the ports of Dover and Calais have been following Brexit, he tweeted: “We wonder what lie the EU propaganda flag of European Union will now be able to find against the Brexit.”

Eric Noirez, who is also a member of the Generation Frexit Group, posted a series of tweets attacking Project Fear.

He first wrote: “Years go by, but the predictions of misfortune of our Europhile friends don’t resist. 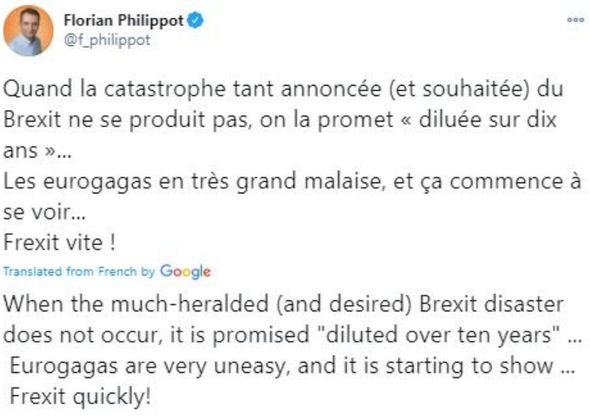 “Quite the contrary: #Brexit will therefore be to the stock market what the bug of the year 2000 was to a computer failure.”

Responding to the same article from Le Monde as colleague Mr Gallois did, he tweeted: “The #projectfear turns comical: so the #Brexit will be a disaster…but in only 10 years!!!

In a separate tweet responding to an article from Reuters in France entitled ‘Europe in dispersed order, London stands out despite containment’, Mr Noirez wrote: “As long as the reality comes to shatter the alarmist theories of #projectfear, the word Brexit disappears…as if by magic.” 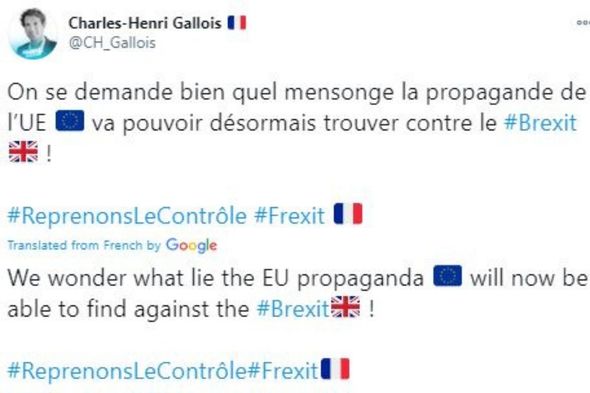 Late on Thursday, he continued to lash out against Europhiles and those promoting Project Fear.

Responding to the article from Euronews on the unexpected smooth running of ports at Dover and Calais after Brexit, he tweeted: “Poor EU supporters: even the small fleeting complications that we could fear in the early days of Brexit, they don’t have them!

“Missing toilet paper on planes that no longer take off, nothing that #projectfear promised has happened.”

Last week, Generation Frexit President Mr Gallois ramped up his campaign by tweeting: “If France is a democratic country, we must also give voice to the people about our EU membership.”

He also posted a link to the website referendum-frexit.org, which warns that following Brexit, France’s contribution to the EU will increase by €5billion a year to €29billion, which is the “equivalent of 720 hospitals or 14,000 schools that will not be built”. 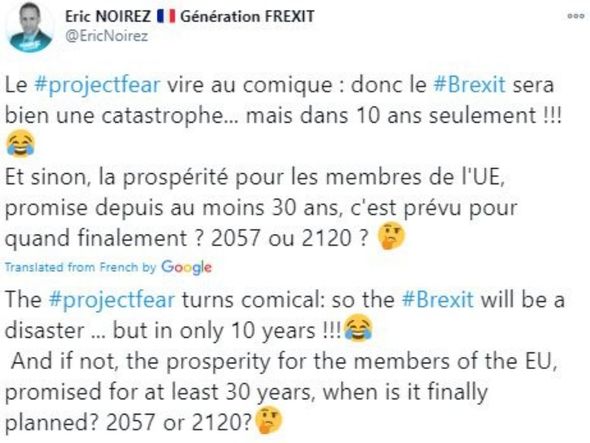 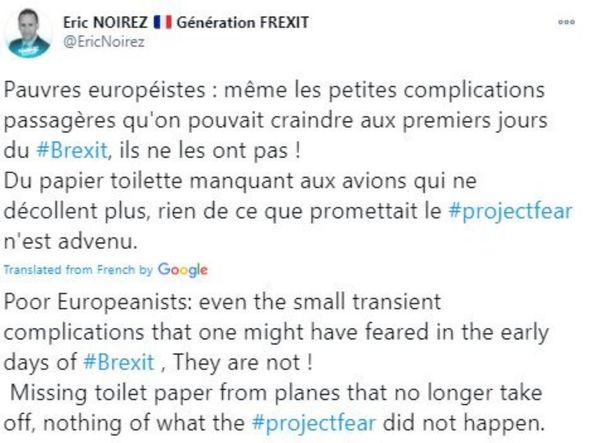 The website adds the “EU recovery plan” from the coronavirus pandemic will “bind France until 2058 and cost us dearly: €40 billion net.

“It is much more than if we had taken this loan directly on our own.

“Moreover, we will not have the free use of this money! It is the European Commission which will decide.

“A fortiori when we know that the membership conditions have changed significantly since the vote on the Maastricht Treaty!”

The website also warns: “What is all this money going to be used for? The EU has been around for 27 years.

“It has already cost us hundreds of billions of euros. However, the situation in France has continued to deteriorate. With Covid-19, we are now in full collapse.

“The time has therefore come to take stock of the European Union.

“We must vote by referendum on our membership of the European Union: respect for democracy and the future of the French people require it.”