I wanna be like YOU: Friendly orangutan mimics zoo visitor’s movement and even KISSES him through the enclosure glass

This is the adorable moment a friendly orangutan gives a tourist a kiss after mimicking his actions through the glass.

A couple who were visiting Louisville Zoo in Kentucky were lucky enough to receive lots of attention from one of the residents.

The great ape especially took a liking to the man who had his face up against the glass interacting with it. 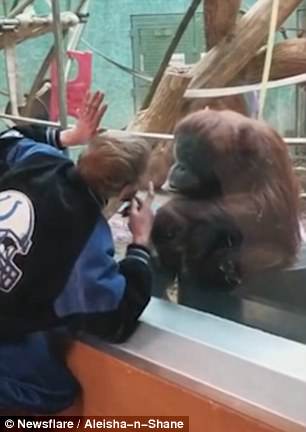 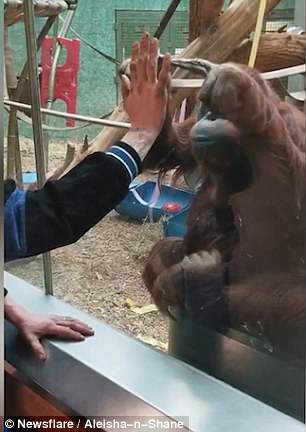 Remarkably the orangutan mirrors all of his actions and even plants a kiss on his lips through the glass window.

During the video a woman said: ‘Oh my god, is he giving you a kiss?’

The woman, who filmed the incredible moment, writes: ‘The chimpanzee really loved my fiance.

‘I think he has a new girlfriend now.’ 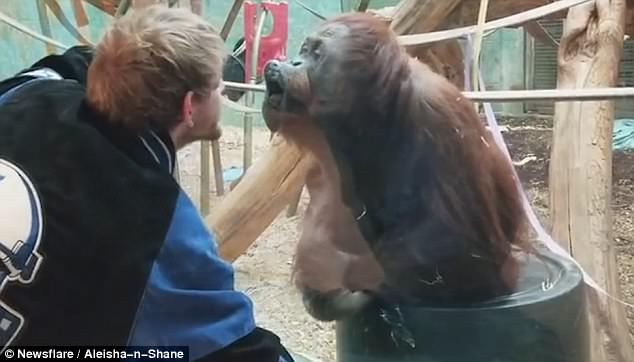