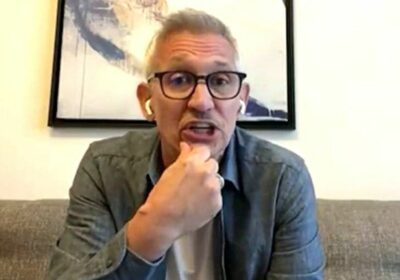 Gary Lineker hits out at BBC over past World Cup coverage

Gary Lineker has said he still “feels slightly uncomfortable” about the way he and the BBC covered the Russia World Cup in 2018, claiming that they were “sport washed”. He admitted he had “not talked enough about the other issues” surrounding the nation, which has, since hosting the tournament, invaded Ukraine and plunged the globe into an energy crisis. The former footballer’s comments came in light of the BBC’s new approach to tournaments held in controversial states. The broadcaster has chosen to be more vocal about the problems in Qatar, such as the criminalisation of homosexuality, poor worker’s rights and a lack of freedom of expression, among other issues, refraining from showing the opening ceremony to instead highlighting the problematic build-up to the tournament.

Mr Lineker said: “I think we were sports washed four years ago when [the World Cup] was in Russia. We were all talking about how great it was. That’s how sport washing works. We did not talk, perhaps, enough about the other issues.”

Mr Atkins asked: “Do you think the approach the BBC took on Sunday of talking about the broader issues around Qatar [instead of showing the opening ceremony] was, in some ways, a reaction to how you covered it four years ago in Russia?”

Mr Lineker said: “Yes, I think we learnt from what we probably felt was a mistake. I think it was, well at the World Cup there the streets were sanitised, and everything was different.

“We have seen what Putin has done subsequently… but he had done it before. I think looking back now, I think we should probably have spoken out more.”

He added: “I do not have any feeling of mistake about this one, at the moment, because of what we have done but I do look back four years ago and feel slightly uncomfortable.”

Reaction to Mr Lineker’s admissions has been mixed, with some praising him for “using his voice for causes beyond football”, while others have pointed to the appeasement of Premier League owners as evidence of hypocrisy.

One social media user wrote: “I have always respected Gary for using his voice for causes he believes in beyond football. I am proud to see an Arab World Cup.

“I appreciate the acknowledgement that the treatment of Qatar has been treated differently to Russia – this can come across as very hypocritical otherwise.”

Former Newcastle striker Alan Shearer was forced to address this issue, admitting that the “Saudis should be held to account over human rights” just like Qatar.

Rutland and Melton MP Ms Kearns, who chairs the Commons Foreign Affairs Committee said: “We should always be hopeful, but I do not meaningfully believe that holding the World Cup in Qatar is going to change anything on the ground.”

She added that “nothing about their behaviour has changed” since the country was awarded the hosting rights in 2010.

Fans have reported having rainbow items, including T-shirts and Wales bucket hats, confiscated by officials in Qatar during the tournament. A Danish television journalist was also approached by police and told he could not wear a “One Love” rainbow-coloured armband while reporting in Qatar.

Downing Street said it is closely monitoring the treatment of UK fans at the World Cup.