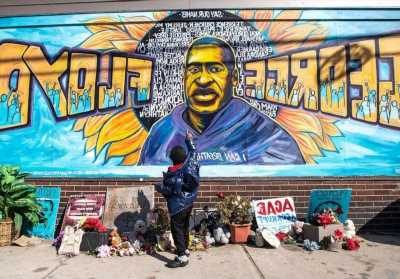 The jury has heard extensively about George Floyd’s drug addiction, but little has been shared to humanize the man prosecutors say died in the most inhumane way.

On Monday, prosecutors are expected to wrap up their murder case against Derek Chauvin by calling Floyd’s family members to the witness stand to provide what is known in Minnesota as “spark of life doctrine” testimony.

Stemming from a 1985 state Supreme Court case, Minnesota is rare in permitting such personal and often emotional testimony from loved ones of an alleged crime victim in advance of a verdict. In most states, such testimony is reserved for victim impact statements during sentencing if there is a conviction.

Prior to the start of the trial, prosecutor Matthew Frank told Hennepin County Judge Peter Cahill that he plans to invoke the doctrine during the trial, allowing the prosecution to call witnesses to testify about Floyd as a brother, son, father and friend.

“This puts some personal nature back into the case for somebody who’s treated so impersonally in an unfortunately biased system,” Frank told Cahill.

Lee Merritt, an attorney for the Floyd family, told ABC News that Floyd’s loved ones are looking forward to this portion of the trial. He said they want to add context to the man Chauvin’s defense attorney Eric Nelson has repeatedly maligned.

Nelson has argued and questioned witnesses on whether Floyd’s drug addiction and heart diseases more likely caused his death than the actions of Chauvin and three other officers involved in his fatal May 25, 2020, arrest.

“As you can imagine no one in the country is more invested in the outcome of this case than the family,” Merritt told ABC News.

The “spark of life” testimony will follow a week in which the Floyd family has had to endure the most graphic testimony yet of medical experts offering a second-by-second description of Floyd’s death and how his body was dissected during an autopsy.

“George Floyd has become a hashtag. He’s become a rallying cry, but the family wants the jury to know that he was a person, that his life had value, that if he wasn’t assaulted in the way he was, that he could have led a productive life, that family members relied on him,” Merritt said. “How that evidence is going to come in is going to be very important to this family.”

The “spark of life” doctrine emerged from a 1985 case in which a defendant charged with killing a police officer argued to the Minnesota Supreme Court that the prosecutor prejudiced the jury with a speech about the officer’s marriage and childhood upbringing that was so emotional the judge had to order a recess.

The state Supreme Court ruled that prosecutors could present evidence that a murder victim was “not just bones and sinews covered with flesh, but was imbued with the spark of life.”