Female German boat captain, 35, faces up to 20 years in prison in Italy for RESCUING more than 1,000 migrants in the Mediterranean

A German boat captain faces ‘up to 20 years in prison and horrendous fines’ for her part in saving migrants in danger of drowning after failed attempts to enter Europe through the Mediterranean.

Pia Klemp, a 35-year-old Bonn native, is thought to have been personally responsible for up to 1,000 rescue missions, according to some reports.

For doing so, she was charged in Sicily with assisting in illegal immigration before her boat was impounded in 2017.

Italy, under the influence of far-right interior minister Matteo Slavini, also moved to ban Klemp from sailing around their coasts all together. 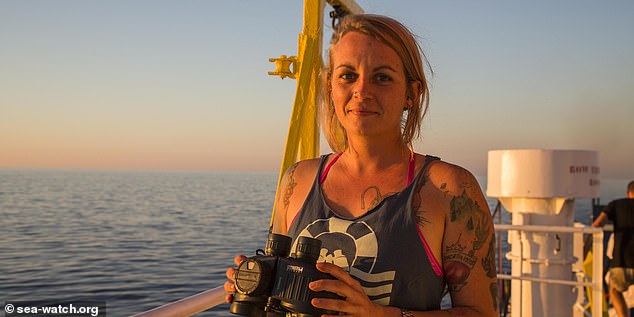 Pia Klemp is thought to have been personally responsible for up to 1,000 rescue missions

Now, Klemp – who volunteers for month every year to save people – says she is ready to take the fight all the way to the European Court of Human Rights in Strasbourg, France, if she has to.

At the time of writing, she has the support of 78,432 people who have signed a petition calling for impunity in her case and for wider incidences of sea rescues of this nature.

The author of the petition said that charging Klemp and fellow members of private rescue ships would signal the ‘unconditional surrender of humanity in Europe.’

Klemp has been under investigation since her vessel, the Iuventa, was impounded in the summer of 2017. 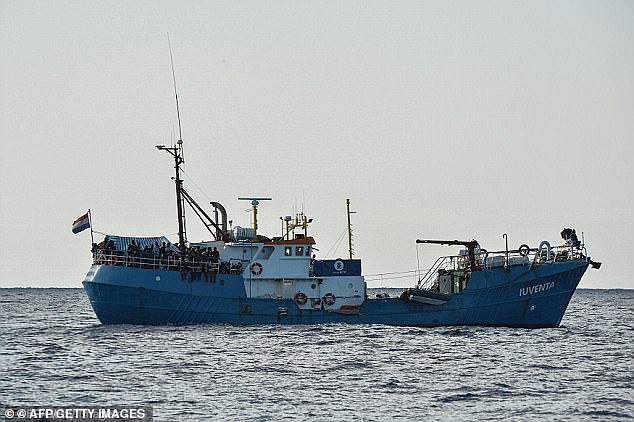 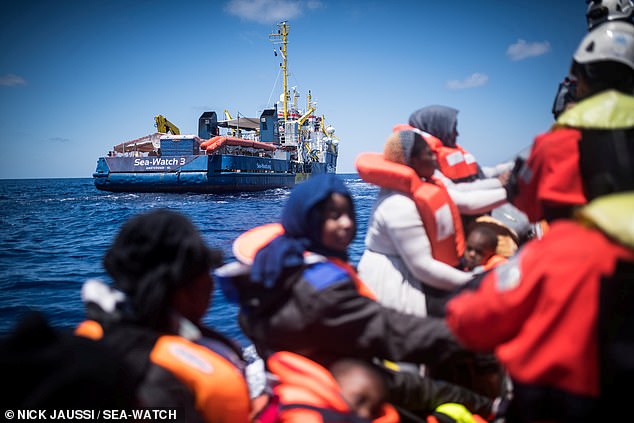 Migrants float on a dinghy before their rescue by the Sea Watch 3 German charity off the coast of Lampedusa, Italy May 15

In an interview with the Basler Zeitung daily on Friday, she said that her trial is almost ready to begin, leading her lawyer warn her about the possible repercussions for her actions.

She told the Swizz paper that although she may face legal travails, the worst thing about the episode is that the money she will use in her defence – partly raised through donations – could have been used on rescue missions.

‘But the worst has already come to pass,’ she said. ‘Sea rescue missions have been criminalized.’

Salvini, Italy’s Deputy Prime Minister, has been pivotal in making Italy even more of a fortress against migrants fleeing desperate situations, and in many ways he has become the face of the issue.

Klemp is critical of him but said some of the blame lies with the European Union for failing ‘to remember its avowed values: human rights, the right to life, to apply for asylum, and the duty of seafarers to rescue those in danger at sea.’ 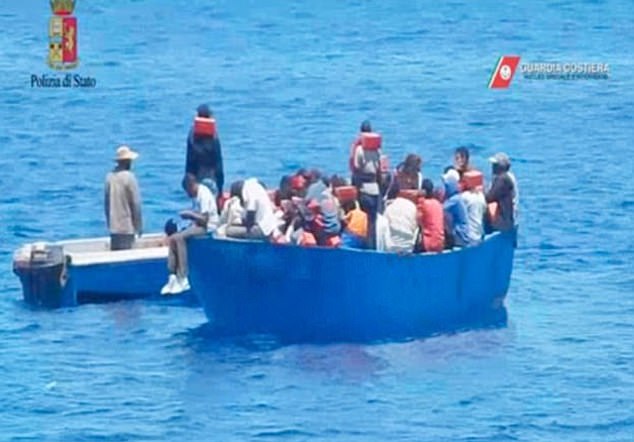 Also in 2017, it was alleged by investigators that Klemp’s ship was actually ‘collecting’ migrants at rendezvous points on the Med, effectively working with human traffickers.

Photographs captured by undercover officers show the criminals ‘escorting’ vessels packed with asylum seekers before being transferred to aid boats – including the Iuventa – bound for Italy.

German charity Jugend Rettet is also accused of towing boats used to ferry migrants back towards Libya, where most migrants hoping to reach Europe depart, to be reused by smugglers.

Details about the alleged collusion were contained in documents outlining the case prepared by prosecutors in Sicily following months of accusations about charities co-operating with smugglers.

However, the investigation concluded that there was no evidence that charity members received any money from the traffickers.

Ambrogio Cartosio, the chief prosecutor from the Sicilian city of Trapani who was behind the investigation, said that the motivation of the aid vessels was ‘humanitarian’.