INCREDIBLE pictures show a giant crocodile sending a small pig flying through the air before ripping it in half and devouring it.

The adult male saltwater crocodile – weighing 1100 lbs – can be seen flipping the feral pig over its head several times. 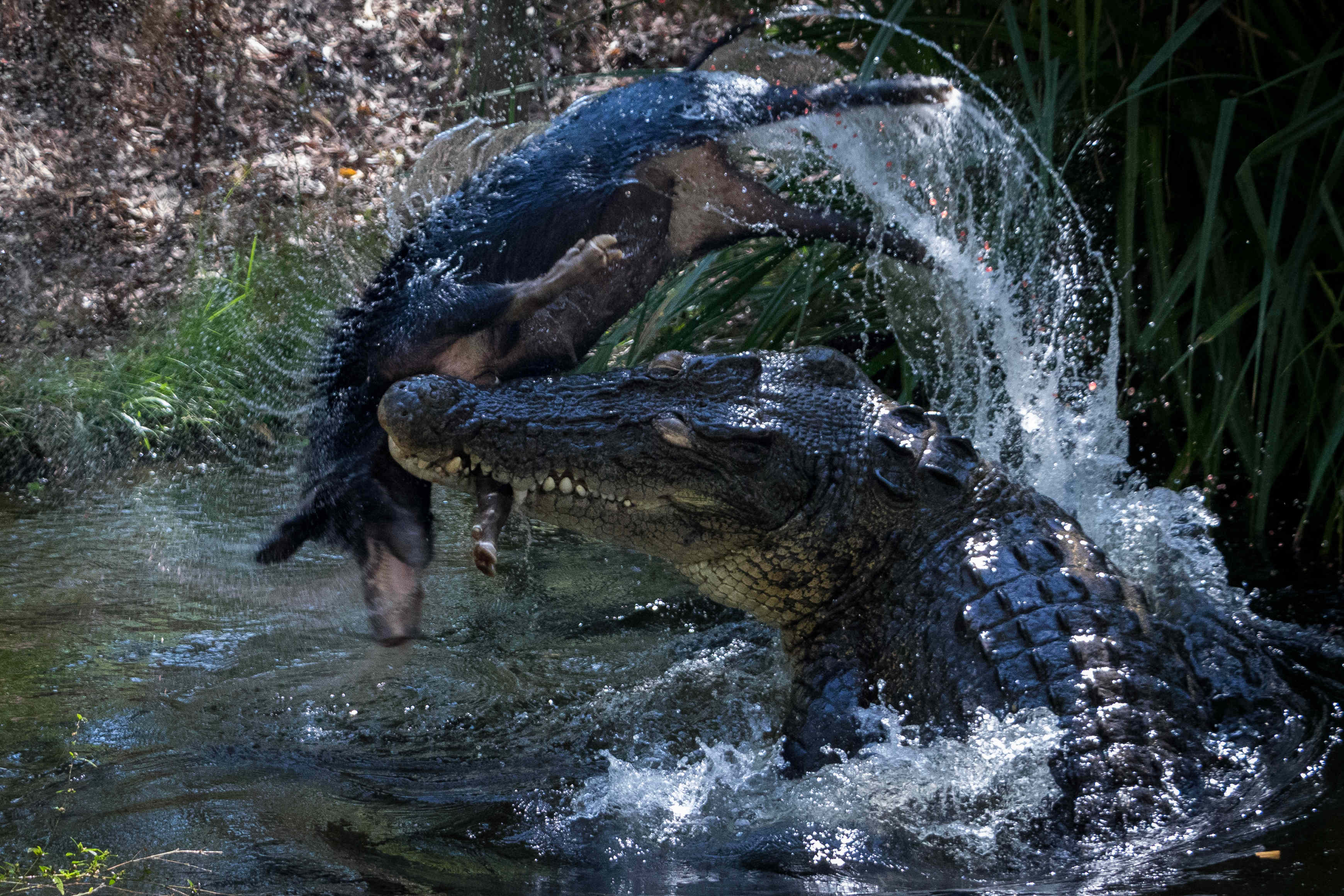 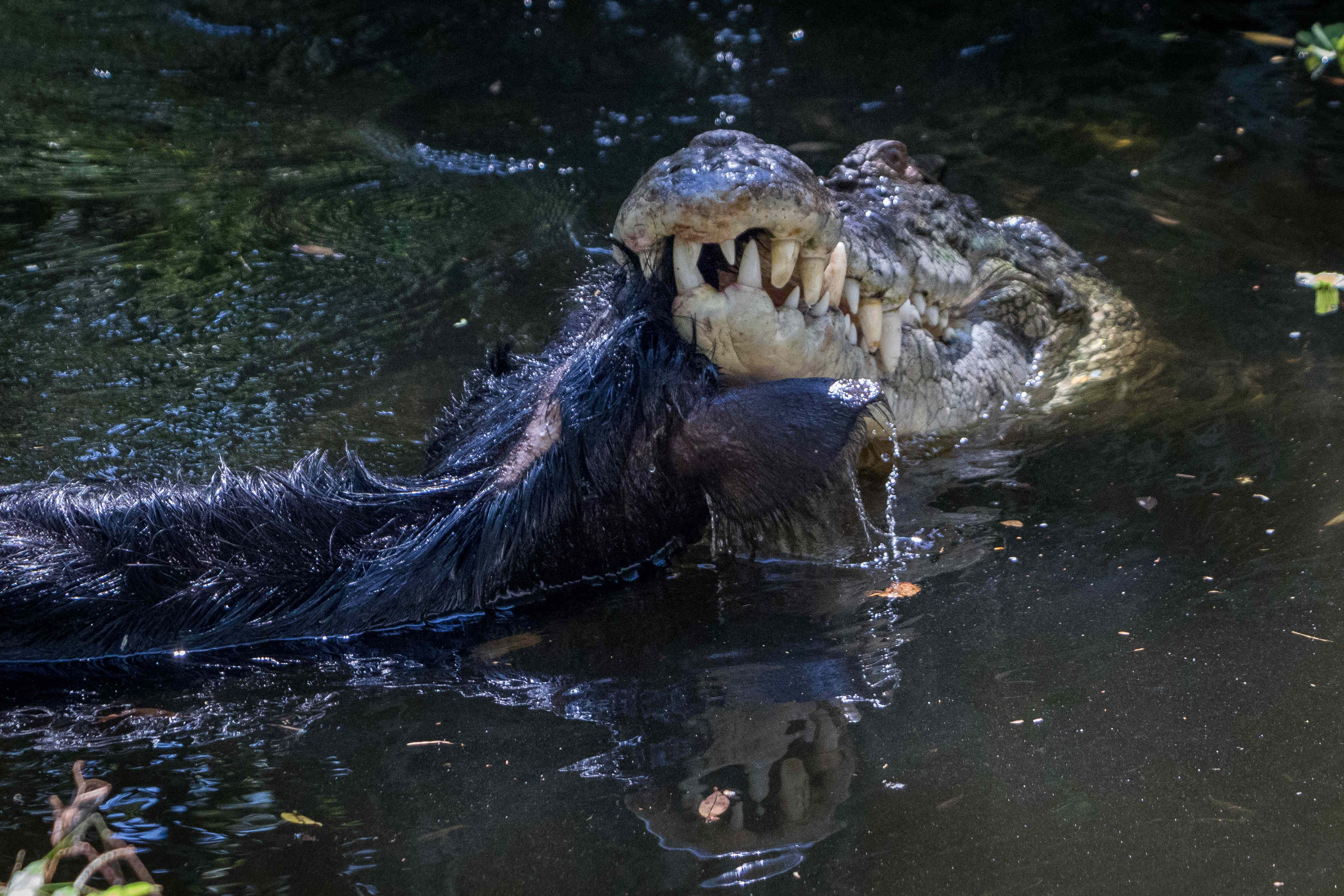 The force generated by the crocodile as it flicks the pig about can be enough to tear off a limb, according to a croc expert who took the pictures.

Zoologist and crocodile specialist Adam Britton said the pig was already dead, but the crocodile was waiting for it to "drown".

The 49-year-old from Wakefield, UK, took the shots of the 60-year-old pet reptile in his back garden located in Darwin, Australia.

The Aussie immigrant used a Canon EOS 7D MK II with an 18-135mm lens to photograph the beast.

He said the crocodile normally repeats the same process of flipping the animal about until the food starts to become smaller and smaller.

Adam said it took the pet reptile about 50 minutes to eat the whole pig. 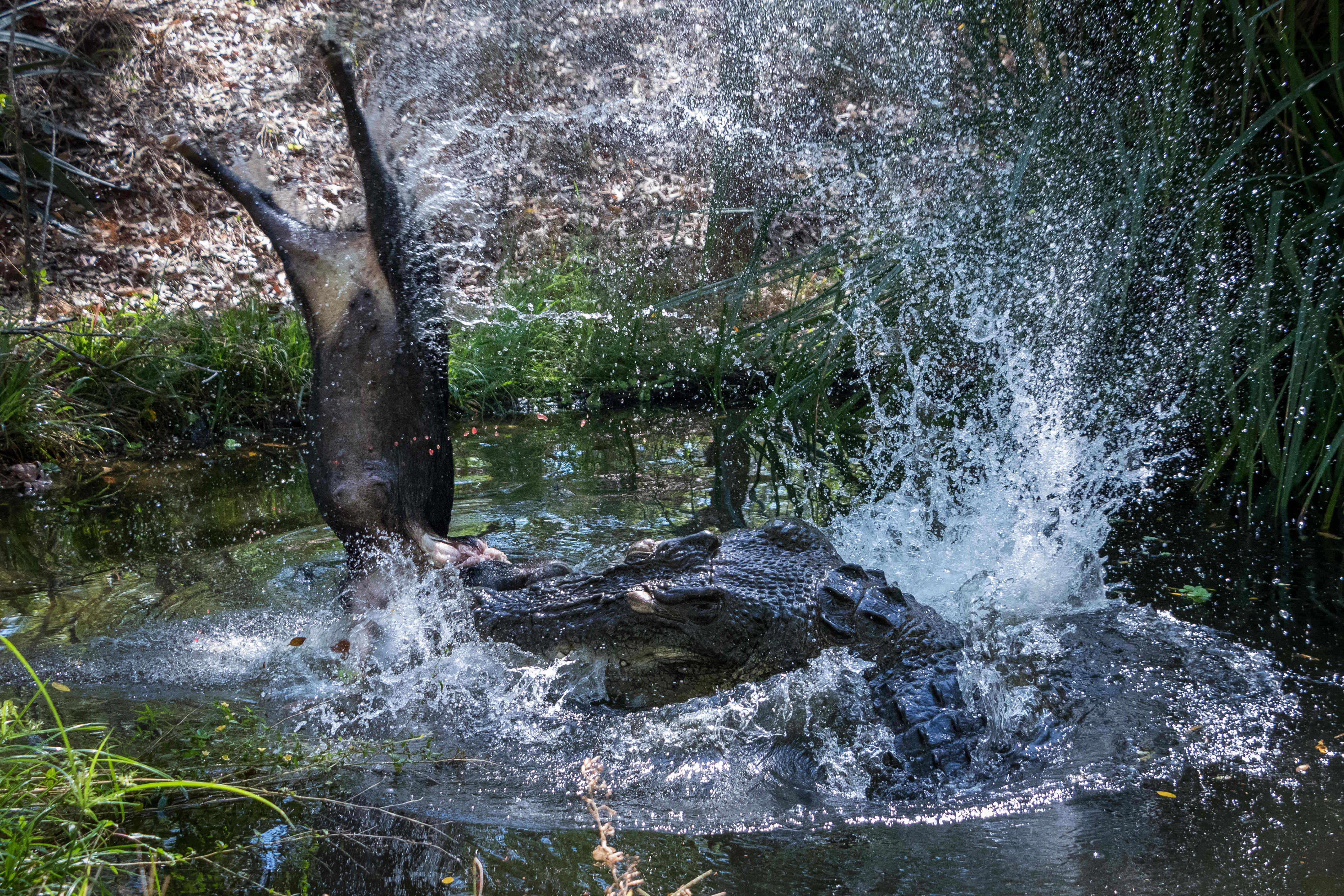 Some of the images show the crocodile looking content after devouring its catch.

And after that, the crocodile did not eat anything else for three weeks as its stomach was full, the croc expert said.

Adam said: "Although the pig was already dead, the crocodile waited for the pig to ‘drown’.

"It brought it back up to the surface and then held onto one end of the pig and started flicking it about.

“The force generated is enough to tear off a limb, or even tear the animal in half. 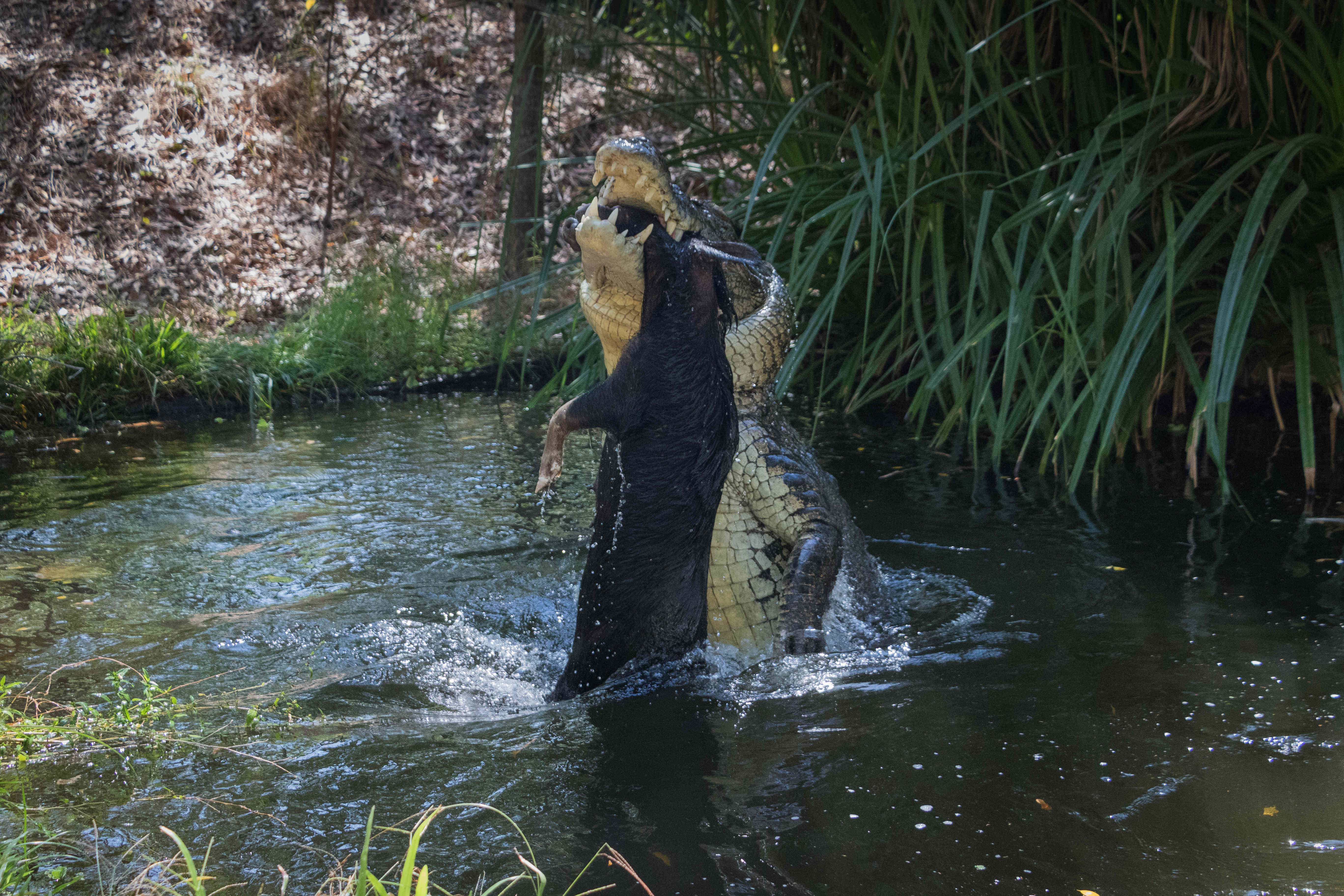 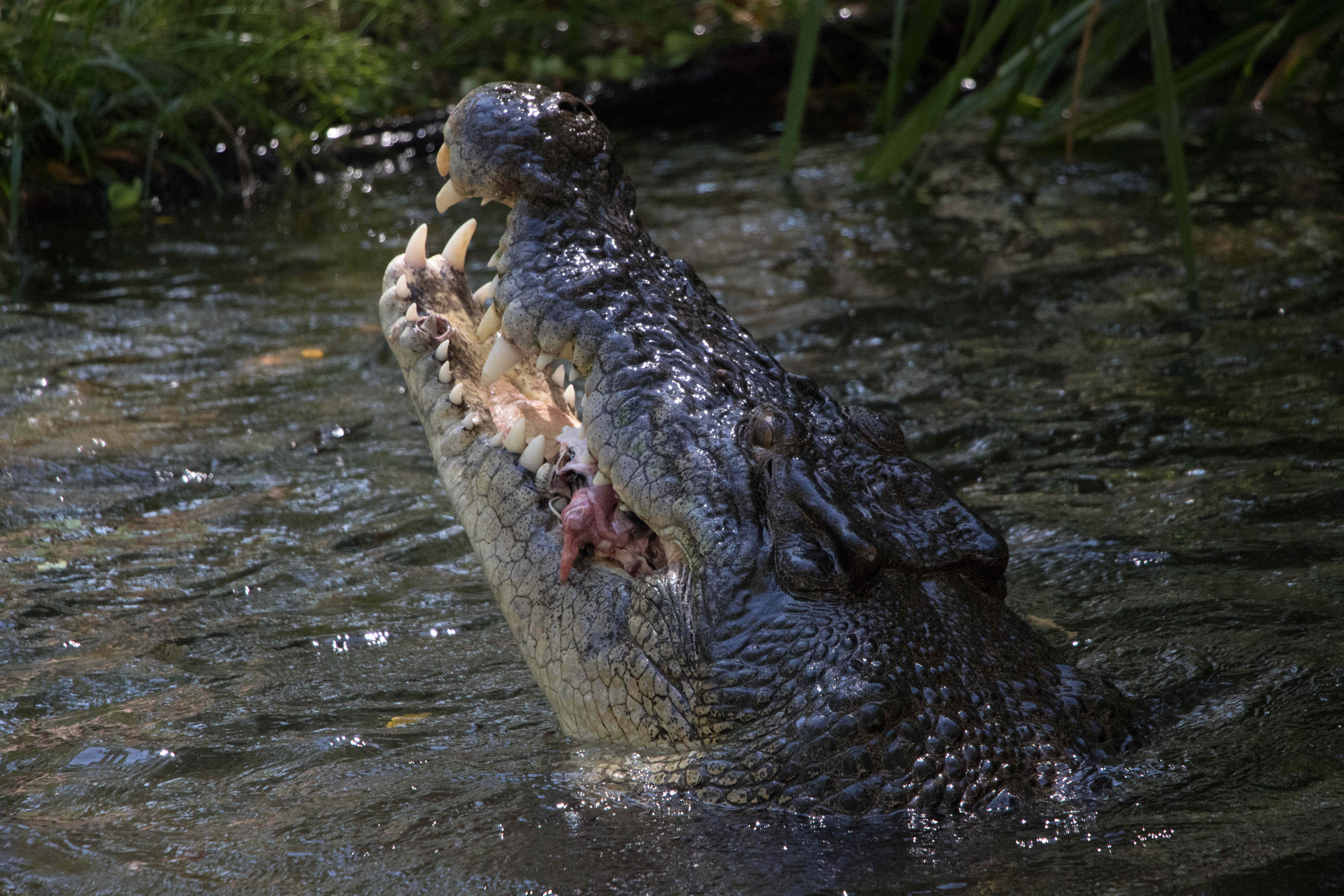 "The crocodile will then repeat this process until the food starts getting smaller and smaller, and he has eaten all of it.

"Eventually, it gets quite messy because you’ve got guts going everywhere.

“It took him 50 minutes to eat it all, but he ate the whole thing.

"He didn’t eat anything for almost three-weeks after that.”

Named after the Lord of the Rings character, Smaug has landed a movie role himself in the upcoming action movie Black Water: Abyss. 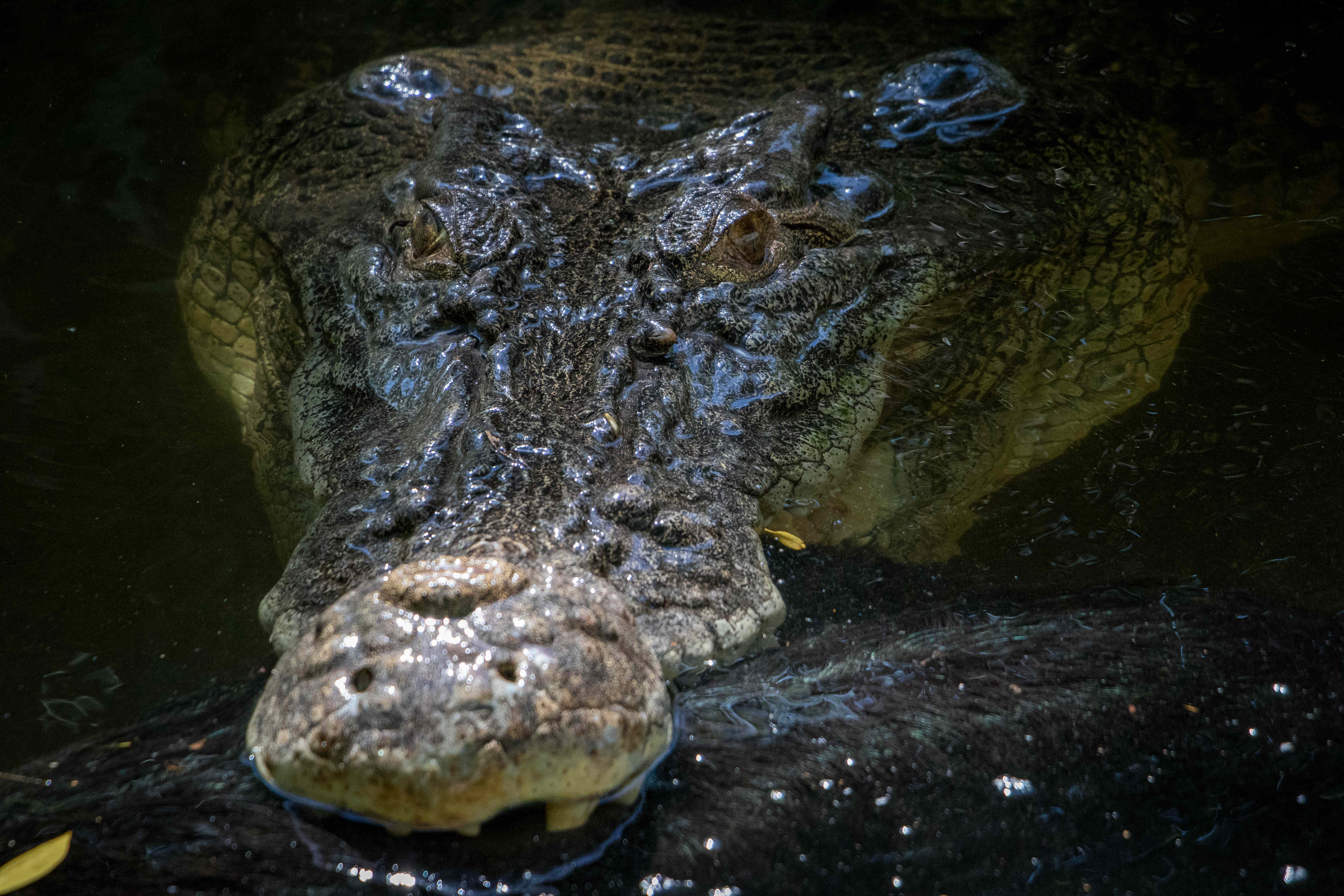 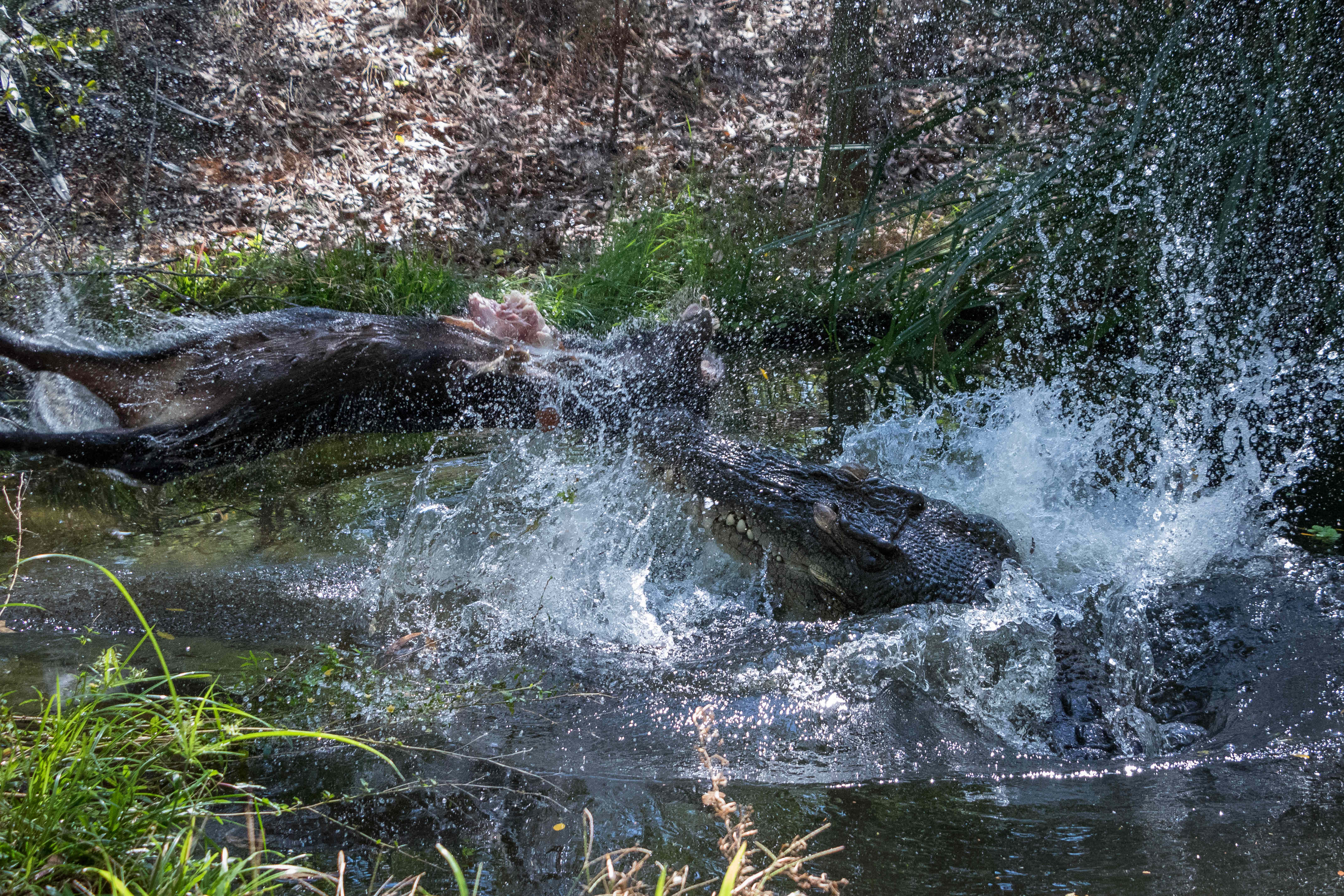