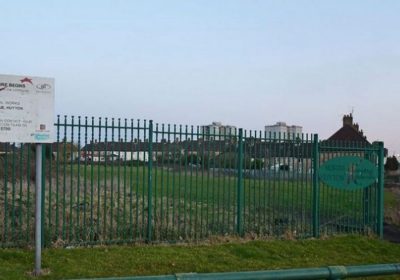 A mum was left "disgusted" after learning police had closed a case relating to her daughter's attack after just 52 hours.

The schoolgirl, nine, said she was set upon in Hillside Park in Huyton, Liverpool by three older girls who attempted to steal her scooter.

Officers were unable to visit her home address that night but did organise for paramedics to check up on the youngster.

Merseyside Police said staff took a detailed report over the phone but were then unable to attend a rearranged visit scheduled for Sunday.

A text message the mum later received from police read: "Your report has been recorded as robbery. In this instance, we have not been able to identify a suspect.

"The report will be filed as undetected and closed."

Only 52 hours had passed since the incident was reported.

The girl's mum, who did not wish to be named, told the Liverpool ECHO she had hoped a visit from officers would offer reassurance to her daughter.

She said: "How do I explain this to a nine-year-old girl? I feel like I have been let down and she has been too.

"I'm really annoyed and angry for her – you tell your kids if anything happens to phone 999."

The primary school student suffered bruising and swelling in the incident, during which she said she was kicked, punched and held down.

Her mum labelled the closure of the case after less than three days and without having received a visit from officers "disgusting", adding she hoped for an apology.

That was today offered by the force, which apologised for not having attended on Friday night.

Following an enquiry, by Liverpool ECHO journalists the mum has been informed investigations are now ongoing into the incident and efforts to arrange a police visit have resumed.

Detective Chief Inspector Simon Vaughan said: "We are in contact with the mother of a nine-year-old girl who reported an assault in Hillside Park, Huyton at 5.30pm on Friday, 12 March.

"Unfortunately, officers were unable to attend at the family home that evening due to operational commitments, but police staff took a full report and ensured paramedics visited the child to check she was safe and well.

"An officer from our Crime Demand Unit later spoke to the family on the phone to record the crime, offer reassurance, and arrange a visit to the family. Officers were unable to attend a subsequent planned visit on Sunday.

"While the incident was then filed pending further evidence coming to light, the force’s Investigations team have re-opened the case.

"The victim’s mother has been spoken to discuss next steps and enquiries are continuing.

"We would like to apologise for any distress caused by the police not attending immediately.

“I would also like to ask anyone who witnessed three girls in Hillside Park on Friday night around 5.20 pm to contact us."