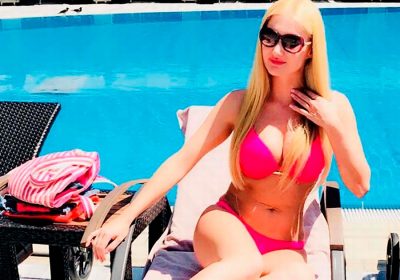 An interpreter who was found dead in Turkey is believed to have taken her own life in a copycat suicide from a 2003 film starring Kevin Spacey and Kate Winslet.

Kristina Novitskaya was found dead in a chair in her rented apartment in Bodrum, Turkey with a blue plastic rubbish bag over her head and locked handcuffs.

Police have not ruled out murder but have said they’re investigating suicide as there was no evidence of a fight and locks were closed from the inside.

She was also reportedly described as being "influenced" by film The Life of David Gale, in which a character was discovered raped and murdered, with a plastic bag tape over her head.

In the film, an autopsy shows Constance Harraway, played by Laura Linney, had been forced to swallow the handcuffs key – a torture technique deployed by Romanian communist-era dictator Nicolae Ceausescu.

The Life of David Gale stars Kate Winslet and Kevin Spacey, whose character was sentenced to death for carrying out the murder in the film.

Friends of Kristina have disputed law enforcement claims of a suicide, and alleged the motive is to hide the involvement of "someone important."

Paying tribute to their beloved friend, they said Kristina was “life-loving” and “cheerful” but very "secretive" about her life in Turkey and where she lived.

One friend reportedly said: "We do not believe that she committed suicide."

Another friend, Fevzi Deniz Işıldar, the owner of a dance studio Kristina visited, said: "Both she and her heart were beautiful.

"None of us could believe that someone who radiates so much positive energy could commit suicide."