No kidding! Goat given FOUR prosthetic legs by kind-hearted Pennsylvania farming family after she lost her legs due to frostbite has become a surrogate mother to three triplet kids

A goat that lost its hind legs and much of its front legs to frostbite in 2015 after being born in an an arctic freeze has been given a new life with four new prosthetic legs.

Anna and her twin sister Elsa – named after two characters in Disney’s ‘Frozen’ – were not looked after well by their owner, but five years later, the farmer asked if there was anyone who could give Anna a home.

A veterinarian tech in Harrisburg, Pennsylvania knew just who would take her – The Yourth family living on Capra Farm, north of the city.

Since then, she has become part of an animal-loving family, who have now fitted her with prosthetic legs allowing her to walk on her own, and has even become a surrogate mother to her own kids. 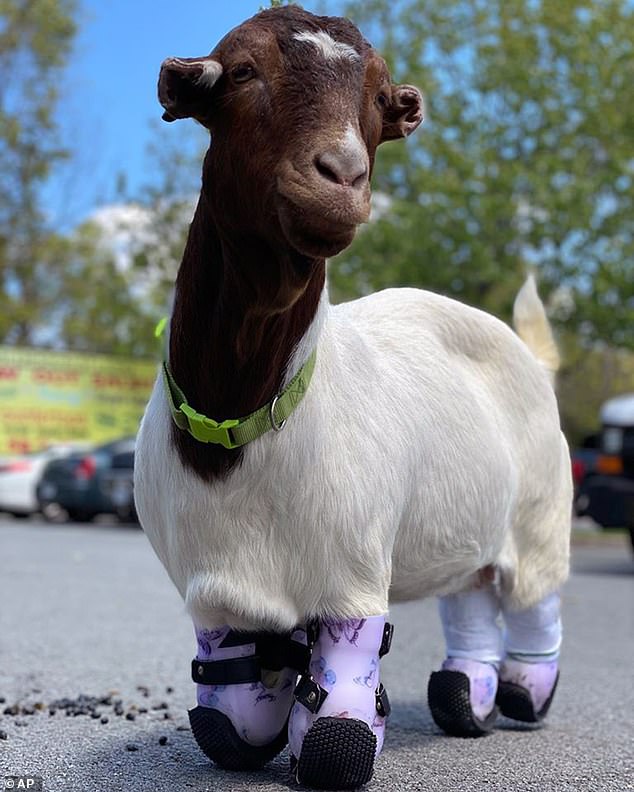 Anna the goat shows off her new prosthetics on their farm in Perry County, Pennsylvania. She was born in 2015 in an arctic freeze, losing most of her front and back legs

In the early 2010s, the Yourth family moved from New York City to Harrisburg for a new start of their own.

Michelle’s husband, Lenny, was a New York City firefighter, and on September 11, 2001, he was called in to help at the World Trade Centre, narrowly avoiding the collapse of Building 7, but losing colleagues in the tragic attack.

Therapy followed the devastation of grief for Lenny, then a decade later, he suffered a heart attack. The treatment included three stents in his heart.

After a number of visits to their son at the now-closed Carson Long Military Academy, in New Bloomfield, and falling in love with the more rural parts of the country, they decided it was time to move away from the big city. 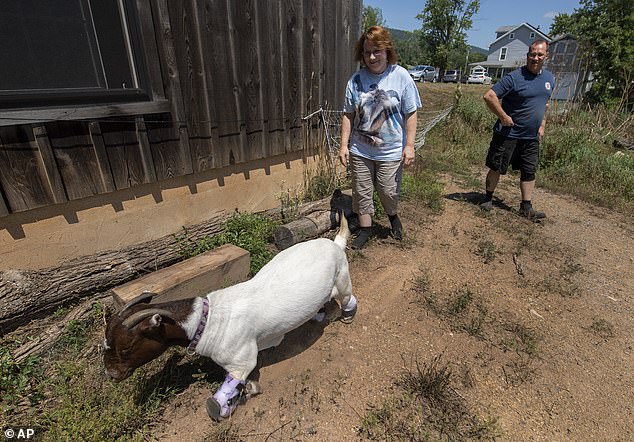 Pictured: Anna trots around the barnyard in her prosthetics with Michelle, center, and Lenny Yourth in tow. The Yourth family adoped Anna from a farmer who owned her since she was born in 2015. However, she was not looked after well after losing much of her legs to frostbite 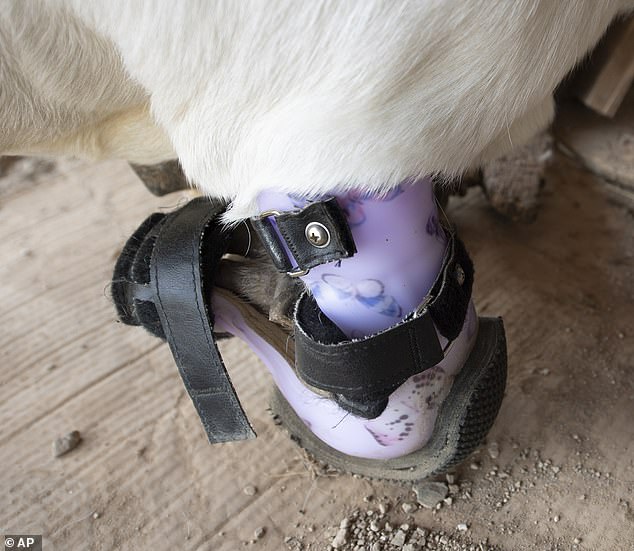 Pictured: A closeup of prosthetic attached to one of Anna’s legs, which now means she can walk on her own without having to crawl on her front knees

They found a home large enough for their family of four children, as well as Michelle’s parents, and as luck would have it, it also had twelve acres of land.

Later, Michelle began rescuing animals that would otherwise have been sold for meat, and their farm became a home for chickens and goats as well.

In November last year, Michelle received a call from the vet about Anna – a goat without two back legs – and without hesitation they took her in to care for.

After a difficult start to life, it was important to the Yourths that Anna was given a better life than she had before – and that meant finding a solution to her legs, which were causing her severe pain. 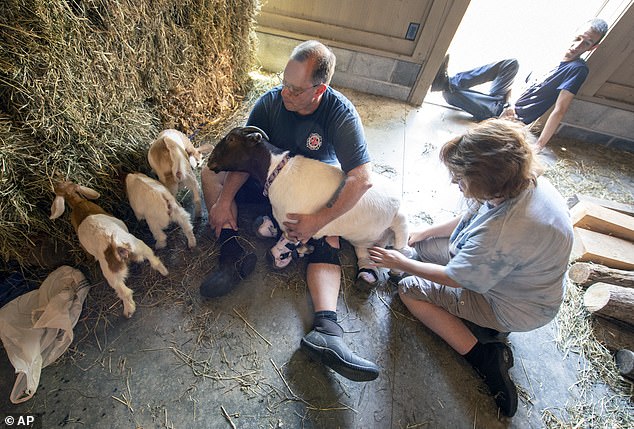 Pictured: Michelle, right, and Lenny Yourth hold Anna while her prosthetics are strapped on her damaged legs on their farm in Perry County. Anna is looking after the goat kids after their mother died shortly after birthing them 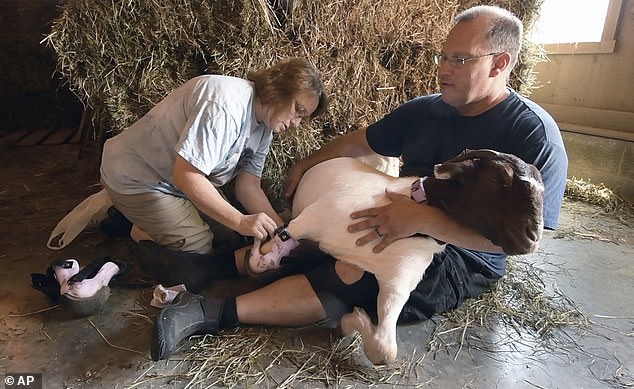 Michelle, left, and Lenny Yourth hold Anna while her prosthetics are strapped on her damaged legs on their farm in Perry County

They took her to New Bolton Center in Kennett Square, Pennsylvania, to X-ray her front legs, but found that they could not be straightened as her tendons had locked into place. Therefore, they learned she would need prosthetic legs for all four.

Next, they spoke with Derrick Campana, who owns Bionic Pets, and had once even fitted an elephant with one of his creations. ‘He says no to no one,’ Lenny said.

On the farm, she is now also a surrogate mother to three triplet goats after their own mother died when they were just six weeks old. Anna, who shares a barn with them, took it upon herself to care for them.

‘Goats are fun. If you handle them, they’re just like dogs. They crave attention; they’re unbelievably intelligent,’ she added. ‘You need a good fence for a goat, though. The grass is always greener on the other side.’ 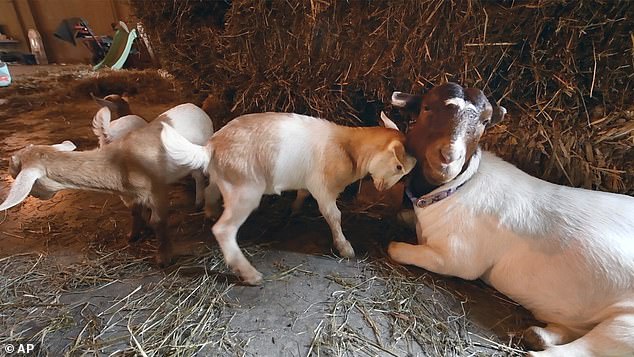 Pictured: A baby goat gives Anna a head butt inside the barn in Perry County. Anna has been a surrogate mother for the kids whose mother died after birthing them