‘Good morning to the Lost In Space Robot’s butt’ ‘Good morning to the Lost In Space Robot’s butt’: Outpouring of online lust for the unlikely star of Netflix’s latest hit show sees the channel produce a video of the machine’s ‘hottest’ shots

When it unleashed 10 hours of dazzling science fiction, Netflix probably hoped the internet would be awash with positive reviews on stunning special effects.

But fans of the new Lost in Space have unsettled the show’s creators by overloading Twitter with their sexual attraction to a robot.

The series was touted as a family-friendly effort, an antidote to the dystopian landscapes that so often characterise futuristic efforts.

But any hope of innocence was snatched away amid a flurry of lust for the machine on Twitter, with Netflix finally responding by telling viewers: ‘Ya’ll Need Jesus.’

The online movie giant posted a video expressing the confusion they felt over the sudden surge in attraction toward the robot.

The show, starring Toby Stephens and Molly Parker, is a re-working of the 1965 classic of the same name, which was itself a re-imagining of the 1812 novel The Swiss Family Robinson. 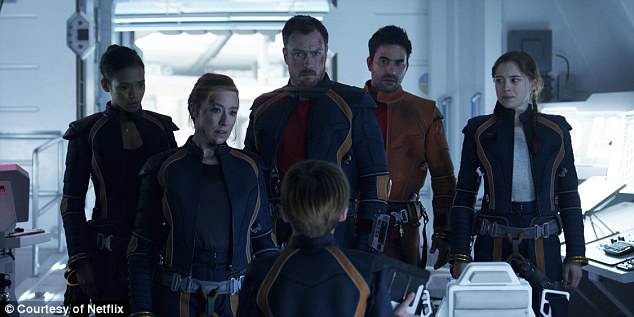 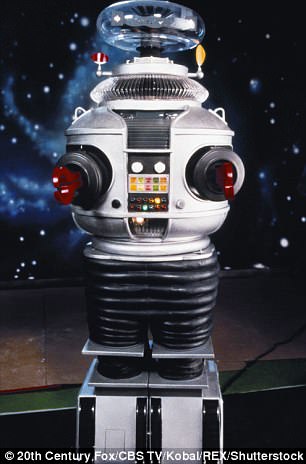 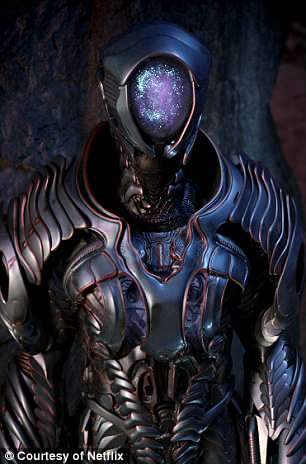 Then and now: Left, the original show’s robot and, right, the re-vamped version for Netflix’s latest sci-fi offering 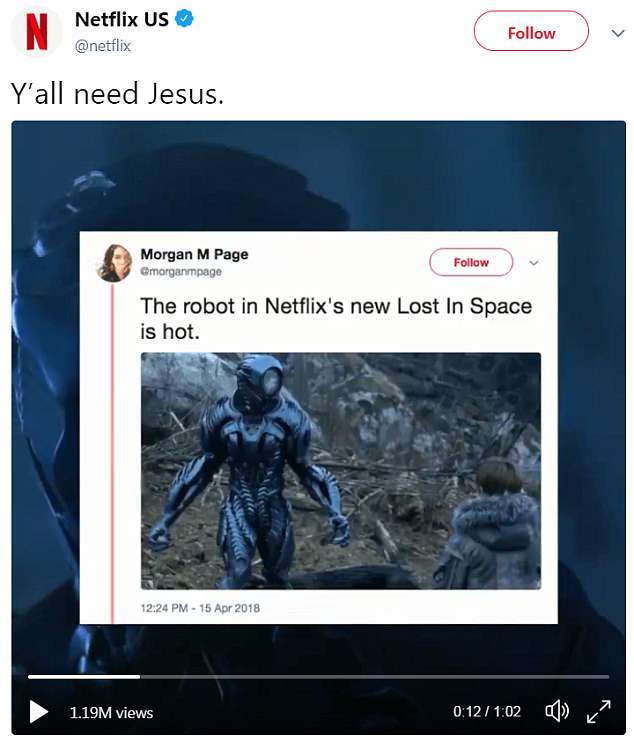 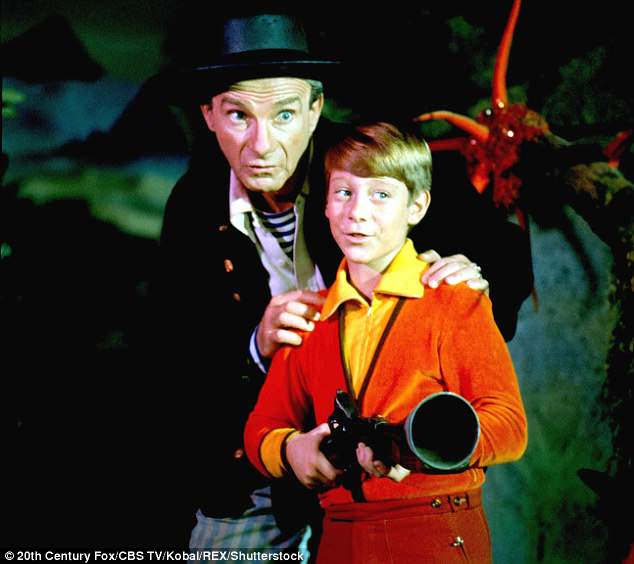 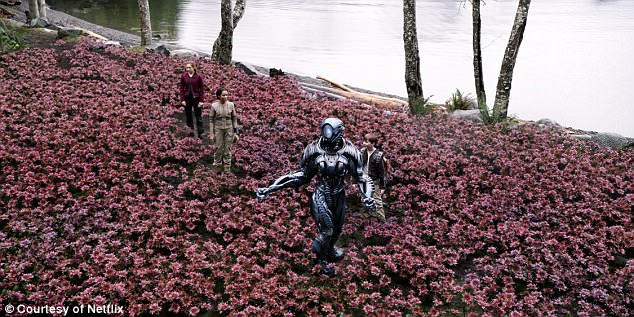 A total of 6.3million viewers tuned in to witness the revamped version in the first three days its 10 episodes were made available on Netflix

After its release on April 13, 6.3million watched the new take within three days of it being made available.

And they weren’t the only ones left baffled by this outpouring, with fans of older science fiction questioning why they were ridiculed for their desires on actors who played androids.

More than one million people watched Netflix express its confusion over the affair as Twitter users praised the creation’s ‘butt’. 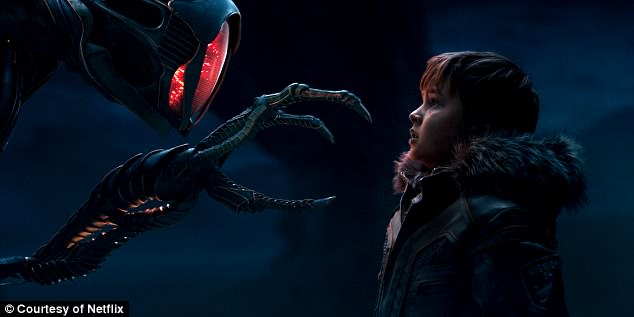 The robot in the new Lost in Space show has been the subject of sexual excitement online, much to the confusion of Netflix 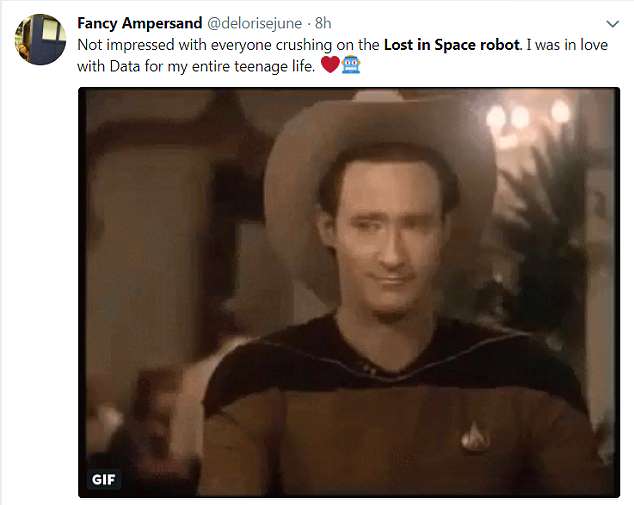 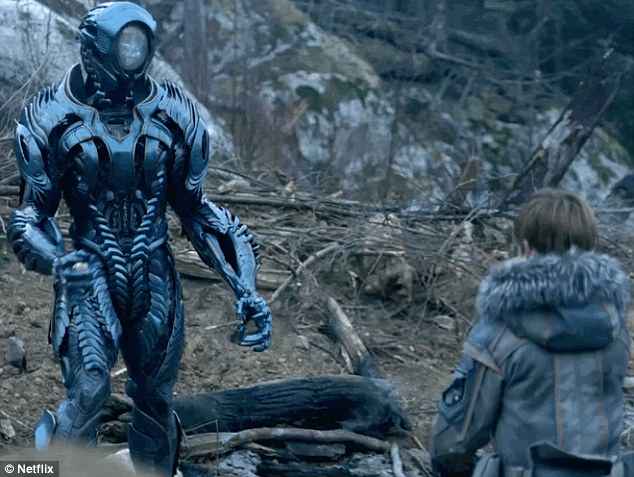 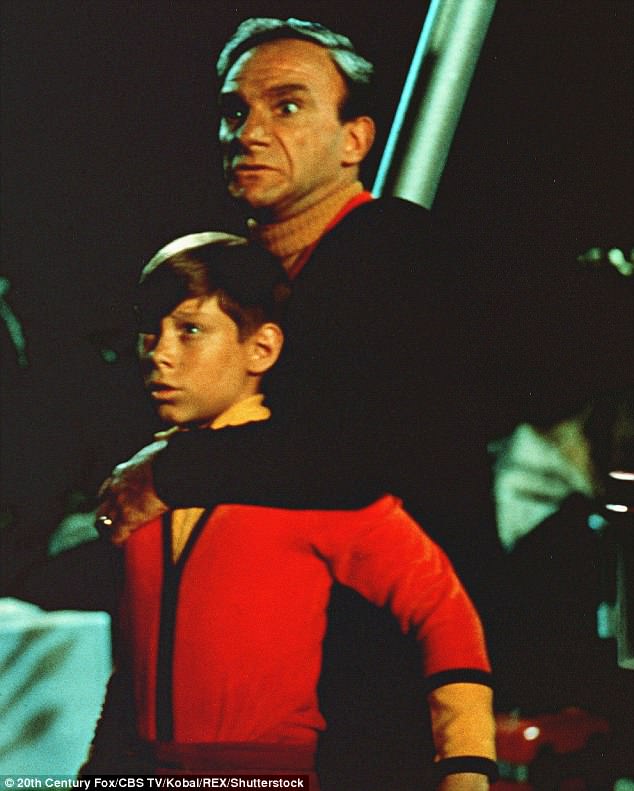 Child star Billy Mumy appears alongside Jonathan Harris in the original 1965 Lost in Space, which was an outer space take on The Swiss Family Robinson

In its video, the movie-making platform said: ‘When ‘Lost in Space’ premiered we were prepared for a big reaction.

‘What we weren’t prepare for was [people posting about how the robot is hot]. The thirst is VERY real…We’re very confused, too.’