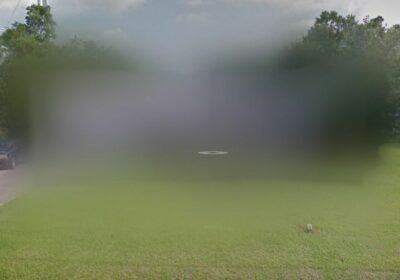 A homeowner's X-rated rant on the top of his house was spotted by eagle-eyed Google Maps users – who speculate his fury was due to his request being denied.

A screenshot of the property, based on Neese Lane, Moss Point, Mississippi in the United States, was shared on internet forum Reddit, after a rude message on the roof was picked up by satellites.

Those who commented on the post suggested the owner had demanded his house be blurred from Google's images, only for his plea to be refused, prompting his explicit protest.

The property is blurred when on Street View, although it is not blurred on satellite.

Google does offer to blur properties on Street View for privacy reasons, although it warns that once it has blurred your house "it is permanent."

Surprisingly, it is not the first time homeowners have taken issue with Google, with another user recently discovering a man's rude message in his garden.

And it appears this homeowner is also not happy with not having the property blurred on satellite as well, and has written: "F**k you," on the roof.

Posting their finding, the Reddit user said: "They've had their property image blurred from StreetView as well… hah!

"What's funny is that, while you can't see it clearly, it looks completely different on Apple Maps satellite view… like it says something else.

"Actually… looking at it in Bing Maps, it looks the same as Apple Maps… like the paint ran after a while and makes it look messed up.

"EDIT: Looking again on DuckDuckGo, looks like they were or are trying to change it to say "EAT S**T"… hah."

In response, another Reddit user commented: "I imagine they had Google blur their house on StreetView (ya know, for privacy) but Google wouldn't do it for Satellite View, so this was the homeowner's response."

Google has said that it does not blur satellite imagery and that this is done by third party providers.

It added that Google Earth is built from a broad range of imagery providers, including public, government, commercial and private sector sources and that sometimes images are blurred before they are made available for Google to use.

A Google spokesperson told the Daily Star: "Google does not itself blur satellite imagery.

"Google Earth is built from a broad range of imagery providers, including public, government, commercial and private sector sources – some of which may blur images before they supply it to us.

"Such imagery is commercially available on the market (including to other map services) from third party providers.

"Any inquiries should be directed to that provider."