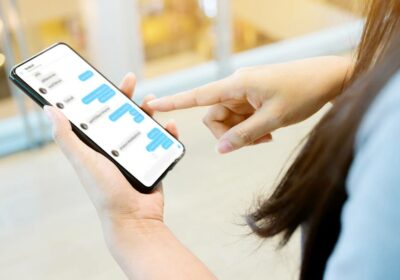 The heat has been put on a GP’s memory of the timeline in the lead-up to her relationship with a patient, and how genuine her apology was to his former wife – also once her patient.

The Health Practitioners Disciplinary Tribunal is on day three of a four-day hearing into the conduct of the GP who can’t be named. It opened with an admission she should never have sent a message – a message which ultimately formed the basis of a formal complaint, leading to this point.

The GP was charged that in September 2018 she entered into a close, personal and/or a sexual relationship with the man who was her patient, as was his wife at the time and their children.

In only a matter of days of this occurring, the GP was said to have ended the doctor-patient relationship with the man, in order to further the personal relationship.

In November 2018 she then breached the woman’s privacy and doctor-patient confidentiality by sending a message to the man which constituted disclosure of the woman’s health information.

The nature of the disclosure was that the GP messaged the man telling him about an appointment the distressed woman had made with the medical practice where she worked, following her discovery of the relationship between the pair.

The information was disclosed the day after the woman had learned her husband was leaving her, and on her evidence, the day she learned he had been having an affair with the GP.

The Health and Disability Commissioner earlier found that the GP breached professional boundaries and failed to comply with professional and ethical standards.

The evidence before the Tribunal has uncovered personal and flirtatious online banter between the man and the family doctor, in a case that has sought to establish the point at which the relationship moved into one that was sexual in nature.

The Professional Conduct Committee – appointed to bring the charge, submitted that the Facebook messages, and other evidence, established a “deliberate decision to start a personal relationship with a current patient, despite a clear warning from a colleague about blurring doctor-patient boundaries”.

Counsel for the doctor, Matthew McClelland QC, said there was no evidence to suggest a sexual relationship developed before January 2019.

The GP said in cross-examination today that she was sorry for having breached her patient’s confidentiality by sending the message, but then struggled to explain how genuine an earlier apology had been to her former patient, blaming a less-than-perfect command of English.

The GP said she was “truly sorry” for the distress, which was something she understood, having once been in a similar situation herself, but she did not think she was responsible for the breakdown of the couple’s marriage.

She also said she was not aware of the familial connection.

The disciplinary charge against the GP was being heard by the Tribunal in Nelson this week. McClelland said it was a serious charge with serious consequences, but based on the evidence, should not be established.

He said the GP had owned her error and knew it (disclosing the message) was wrong but her actions did not meet the threshold of professional misconduct.

Counsel for the Professional Conduct Committee, Dale La Hood, argued it was “clearly a case” where the doctor had made poor choices which led to her prioritising personal interests over her patients’ best interests, and urged the Tribunal the find the charge proved.

He said the doctor’s explanation about the nature of her relationship with the man was “highly implausible” and should be rejected.

Deliberations have now started which will test for professional misconduct before the tribunal reconvenes tomorrow.