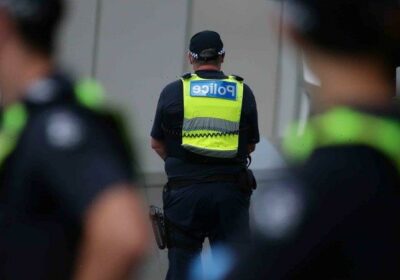 Eight men have been charged after damage to a mosque in Melbourne’s south-east during the early hours of Sunday in an incident police say does not appear to be religiously motivated.

Police have charged a group, including one man aged 62, two aged 18 and five 19-year-olds, with burglary and trespass following the damage at the House of Peace Mosque in Langwarrin just before 2am.

Security footage showed a group of intruders breaking into the mosque and riding bikes in a prayer area, before having an apparent running race and kicking over chairs.

The incident resulted in damage to the prayer area and the alleged offenders broke into a locked office and storeroom.

Victoria Police said a group ran away from the mosque before police arrived, and they had appealed for those involved to come forward on Sunday.

Frankston Crime Investigation Unit detectives searched the site for forensic clues on Sunday and police said they have received information regarding the incident.

The men were bailed to appear in the Frankston Magistrates’ Court on October 28.

Police said there was nothing to suggest the incident was religiously motivated.

Our Breaking News Alert will notify you of significant breaking news when it happens. Get it here.