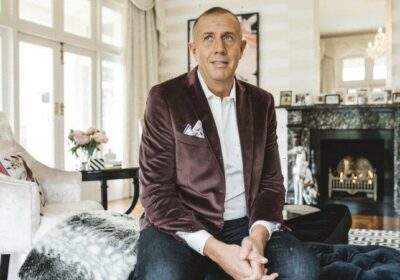 Opposition Leader Matthew Guy’s chief of staff asked a wealthy Liberal Party donor to make more than $100,000 in payments to his private marketing business, in addition to his taxpayer-funded salary.

Leaked documents seen by The Age reveal details of the proposed contract, which would have required the donor to pay $8333 a month to Mitch Catlin’s private marketing company, Catchy Media Marketing and Management, for services as a contractor described as “supporting business interests”. 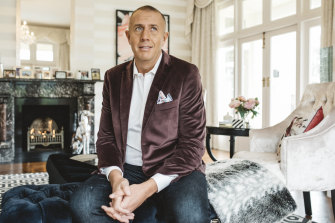 Former journalist Mitch Catlin transitioned to public relations and marketing in 2005 and had high-profile roles at Myer, where he worked closely with model Jennifer Hawkins, and Swisse vitamins.Credit:Tash Sorensen

The documents show Catlin hired lawyers to draw up a contract for the arrangement, then sent it to Guy asking him to “forward onto” the donor.

The proposed contract contained a clause saying it would be terminated if Catlin left the role of chief of staff to the opposition leader.

“Hey MG. Attached is the proposed agreement between [the donor] and Catchy Media Marketing and Management,” Catlin wrote in an email, obtained by The Age, to Guy’s private Hotmail address.

“It’s as per the original email agreement between you and me.

“Can I leave you to forward onto him? [Lawyers] will liaise with him when you do.”

The name of the donor was redacted in the leaked documents. The Age is aware of the identity of the donor – who chose not to sign the contract – but has not named him for privacy reasons.

When asked about the contract, a spokesman for Guy said: “No such agreement (or any similar agreement) was entered into.”

Guy’s office did not answer detailed questions on what actions “supporting business interests” would require, and The Age was unable to identify the precise nature of the service.

The opposition leader’s office also declined to answer questions about whether the proposal could have been construed as a donation; if the proposed payments may have breached a code of conduct for opposition staff; or if Catlin or his business were currently receiving any other payments from donors.

If the plan had gone ahead, Catlin’s private business would have begun invoicing the donor from September 7, 2021, until the end of this year, with a total estimated value of about $125,000.

In addition, Catlin requested the fee increase to $20,833 a month for four months after the state election if the Coalition was unsuccessful in November, potentially bringing the value of the overall contract to more than $195,000. The Coalition would gain a larger budget for staff if it won government.

“Fees payable by the company will be $8,333 plus GST per month until 31 December 2022,” the proposed contract said. “Additional payments, on the agreed amount of $20,833 plus GST per month, until 30 April 2023, will only occur if the Liberal Party does not win the election.”

It is not known what salary Catlin earns as chief of staff, although a source familiar with opposition staffing arrangements said his base salary would be about $140,000 a year.

University of Melbourne integrity expert Professor Jee-Cheong Tham said if the proposal had gone ahead, it could have been argued that it constituted a donation because the Liberal Party was the main beneficiary. Victorian donation laws passed in 2018 require donations above $1050 to be disclosed and limit donations from individuals or organisations to $4210 over four years.

Tham said if the proposal had resulted in a genuine commercial exchange, then questions would be asked about the meaning of “supporting business interests”.

Integrity in government will be a central issue at the November election and both the Coalition and the Greens are attempting to cast the Andrews government as unethical after a recent report from the anti-corruption commissioner and the ombudsman into Labor’s culture.

On Sunday, Guy announced new policies to increase funding to integrity agencies and weed out politicisation and corruption in the public service, but the emergence of a plan to secure payments to his top adviser is likely to attract scrutiny from Labor.

Several experts on integrity and political donations told The Age the proposed contract raised integrity questions for the opposition.

Opposition staff are employed under the Public Administration Act, but there is no legislated code of conduct covering their employment.

Dr Catherine Williams, a research director at the Centre for Public Integrity, said the lack of a legislated code of conduct for parliamentary advisers in the opposition “is a gaping hole in Victoria’s integrity framework”.

Liberal sources told The Age that if the opposition leader has a code of conduct for his staff, there is no requirement for it to be made public.

The Age asked a spokesman for Guy’s office whether the arrangements discussed in the leaked documents would have breached any code in force, but no response was provided.

Ministerial staff in the Andrews government are subject to a code of conduct, which states: “Ministerial staff must have no involvement in outside paid employment or in the daily work of any business, or retain a directorship, without the written agreement of the premier’s chief of staff.”

In September 2021, Guy hired marketing expert Catlin to head up his office after toppling Michael O’Brien for the party’s leadership.

A former television journalist and regular in tabloid gossip pages, Catlin transitioned to public relations and marketing in 2005 and had high-profile roles at Myer, where he worked closely with model Jennifer Hawkins, and Swisse vitamins.