Islamic State supporters have been ridiculed after a group of young hackers broke into one of their most prized propaganda tools and used it against them.

The latest edition of a magazine written to enrage and recruit radical Muslims around the world to carry out attacks for ISIS was released late on Thursday, yet it was carrying a very different message.

In a humiliating blow to the depleting ranks of ISIS – also known as IS and Daesh – young IT whizzes forced through their cyber security and made a mockery of their magazine, called Al-Naba.

An image of Abu Bakr al-Baghdadi surrounded by dancers and an editorial on the ISIS team at the World Cup caused huge confusion. ISIS and the Bakr-ing dancers: Abu Bakr al-Baghdadi is touched by scantily clad western women on the front page of a terrorist magazine

ISIS supporters tried to warn one another about the fake copy but many had already fallen for the hoax.

However, the Daeshgram had an added trick since they were able to bug the downloads.

The sophisticated hack includes a bug which records the information of everyone who downloads the magazine, so they can track potential jihadis.

Islamic State terrorists have been attempting to resurrect their terror network over the internet, using propaganda websites and encrypted chat rooms, such as Telegram.

But a group of Daeshgram, whose members’ home nation has been devastated by ISIS crimes have launched a fightback by infiltrating and humiliating the remnants of their terror operations online.

They told MailOnline: ‘So far, we have hijacked ISIS’s Telegram groups, our target is their weekly magazine Naba’a. Naba’a is one of their main media outlets that its members and supporters usually receive online every Thursday or Friday. The main place it is shared is in Telegram groups that are built on trust.

‘We worked in about 120 ISIS groups, each containing about 150 members. We have used tens of our own accounts to attack them. Our fake content was posted no less than 500 times and each post was shared many times by ISIS supporters. Members who were expecting publication of the weekly magazine Naba’a instead got fake versions.

‘Our operation is continuing but we have already achieved our goal to confuse and scare ISIS members and make them doubt each other in a place on the internet where they thought they were untouchable.

‘When the first posts were made, they did not if they were real or not. Many trusted users shared the fake newspaper as real. Some felt bad when they realized they had been tricked. By now, many members who used to trust one another are fighting in their groups and blaming one another.

‘In many groups, members called on Admins to expel our people. Some did and some didn’t. When they didn’t they got scared and began leaving the groups. Many groups we targeted have been shut down completely. We managed to get supporters to expel many supporters and many Admins.

‘Once they realised they were under attack members were scared, several who clicked our links thought their computers were infected with a virus.’

Since they began operations 12 months ago Daeshgram have hacked ISIS accounts and spread misinformation. They have sewn so much doubt and confusion over private chats in Telegram, real ISIS members have been ousted.

The long-term friends used to socialise together in Iraq but soon realised they could use their skills to take on jihadis, from their own homes.

The group started by disrupting Amaq, the media arm of IS, by flooding it with incoming traffic, forcing it offline – known as a distributed denial-of-service (DDoS) attack.

Then, they cloned the site while it was offline and spread fake versions.

Their mission was to ‘dilute the credibility of ISIS’ and it was a success as those who relied on the media network panicked and called on friends to avoid Amaq.

Now, the hacktivists have taken them on again, to ensure the network cannot rebuild from the dust after many of its forces were decimated across Iraq and Syria.

Islamic State has used the internet to deadly effect, and has inspired lone wolf attacks all around Europe.

Speaking on the condition of anonymity, after multiple death threats, the group all aged between 20 and 30 said they found a way to seek revenge and are making the most of it. 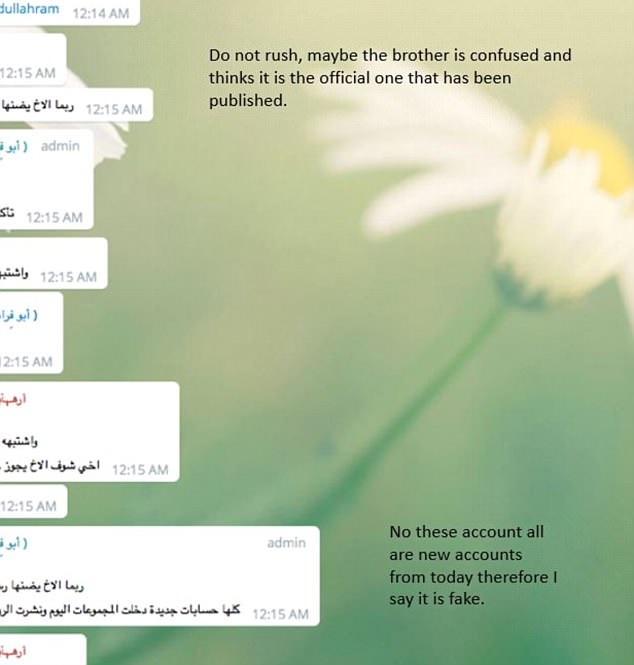 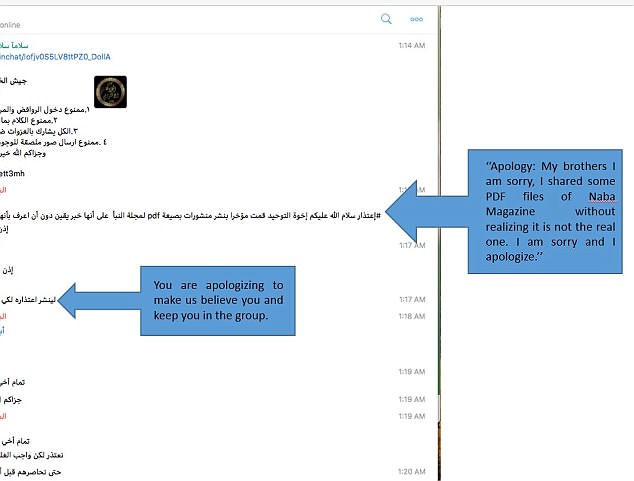 They told MailOnline: ‘In the last operation we started receiving many death threats. But we are very confident because we care a lot about our cyber security and we protect our identity. We are cybersecurity experts so it is easy for us to do that.

‘They did very bad things to our land and our people. They killed our people, they raped women and they practiced very brutal activities. Also, we think it is fun doing that and it is a big challenge for us.

‘We are trying to achieve the same goal we had in the previous operation, but this time instead of Amaq we will attack another media outlet in a different way.’

The group, which claims it never breaks any laws, have been operating for a year.

They said: ‘We started Daeshgram one year ago and this is our second operation. We are 6 Iraqi IT and cybersecurity activists.

‘Four of us are IT and cybersecurity professionals and one us a student and the other is an engineer. Everyone was talking about ISIS in Iraq and one of us had the idea of exploring how ISIS are behaving on media.

‘We saw that on ISIS media outlets they brag all the time but (we saw) they can easily be hacked or faked.’