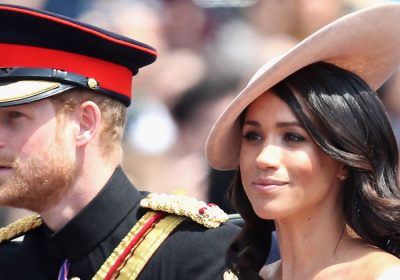 Prince HarryandMeghan Markle could end up in a different carriage during next year's Trooping The Colour because "they're no longer senior royals", an expert has claimed.

The Queen has invited the Duke and Duchess of Sussex back to the UK next year for her Platinum Jubilee celebrations, the Mail on Sunday earlier reported.

Her Majesty will mark 70 years on the throne, and Brits will enjoy an extended bank holiday from Thursday, June 2, to Sunday, June 5.

During the Trooping The Colour ceremony, royals typically get into horse-drawn carriages before taking to the Buckingham Palace balcony.

In 2019, Harry and Meghan travelled alongside Kate Middleton and Camilla.

Royal author and expert Marlene Koenig, who runsroyalmusings, believes next year’s ceremony will be markedly different if the couple attend.

She told the Daily Star: "Will they be there? I hope so. I would not expect them to be in the carriage the way they were for the Trooping next year, as they were two years [ago] because they’re no longer senior royals."

The couple will be there "in support" of the Queen during the historic occasion.

Marlene continued: "It would be a good thing to bring their kids, hold them on the balcony for people to see, that type of thing.

"I do think by then [that] Charlotte and George will be in the carriages … that’s my prediction."

Earlier this month, royal commentator Daniela Elser claimed Her Majesty will face a "nightmare" if the couple do make an appearance.

Should they attend the event, it would be the first time both Meghan and Harry have met the Royal Family since the bombshell Oprah Winfrey interview.

In an opinion piece fornews.com.au, Elser wrote: "How can the Sussexes, and Meghan especially, reappear in the midst of the royal family without her presence totally and utterly obliterating the very celebration?

"How the devil can the Queen and royal aides prevent the former Suits star’s reappearance on the balcony, both the literal and symbolic bosom of the monarchy, not completely overrun and eclipse the interest in, and focus, on Her Majesty?

"There is a very good chance they simply won’t be able to.

"Thus the stage is set for a PR and logistic nightmare of unrivalled proportions for the palace."

Harry was reunited with brotherPrince William on July 1, when the pair unveiled a statue of their late mum Princess Diana in the grounds of Kensington Palace.

The pair, marking what would have been her 60th birthday, put on a unified front during their first appearance together since Prince Philip’s funeral.