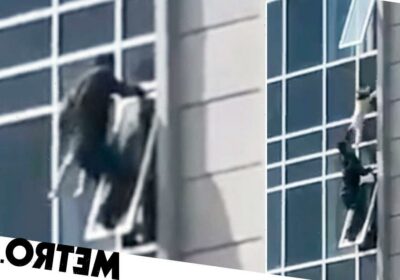 A man has been hailed a hero after he saved a three-year-old girl from falling from an eighth-floor window.

The toddler had used cushions and toys to climb to the window ledge before she slipped, and was left hanging from her fingertips.

She was reportedly left home alone, in Kazakhstan’s capital Nur-Sultan, while her mum went out shopping.

A huge crowd gathered beneath and watched in horror as she clung to the ledge.

Sabit Shontakbaev, 37, and a friend were on the way to work when they noticed the commotion.

The father-of-four rushed into the building and knocked on the door of the apartment below the girl’s.

He then made his way to the window.

Sabit said: ‘I did not have a safety harness so my friend held my legs.

‘At that moment I didn’t think about anything, I just wanted to help the child.’ 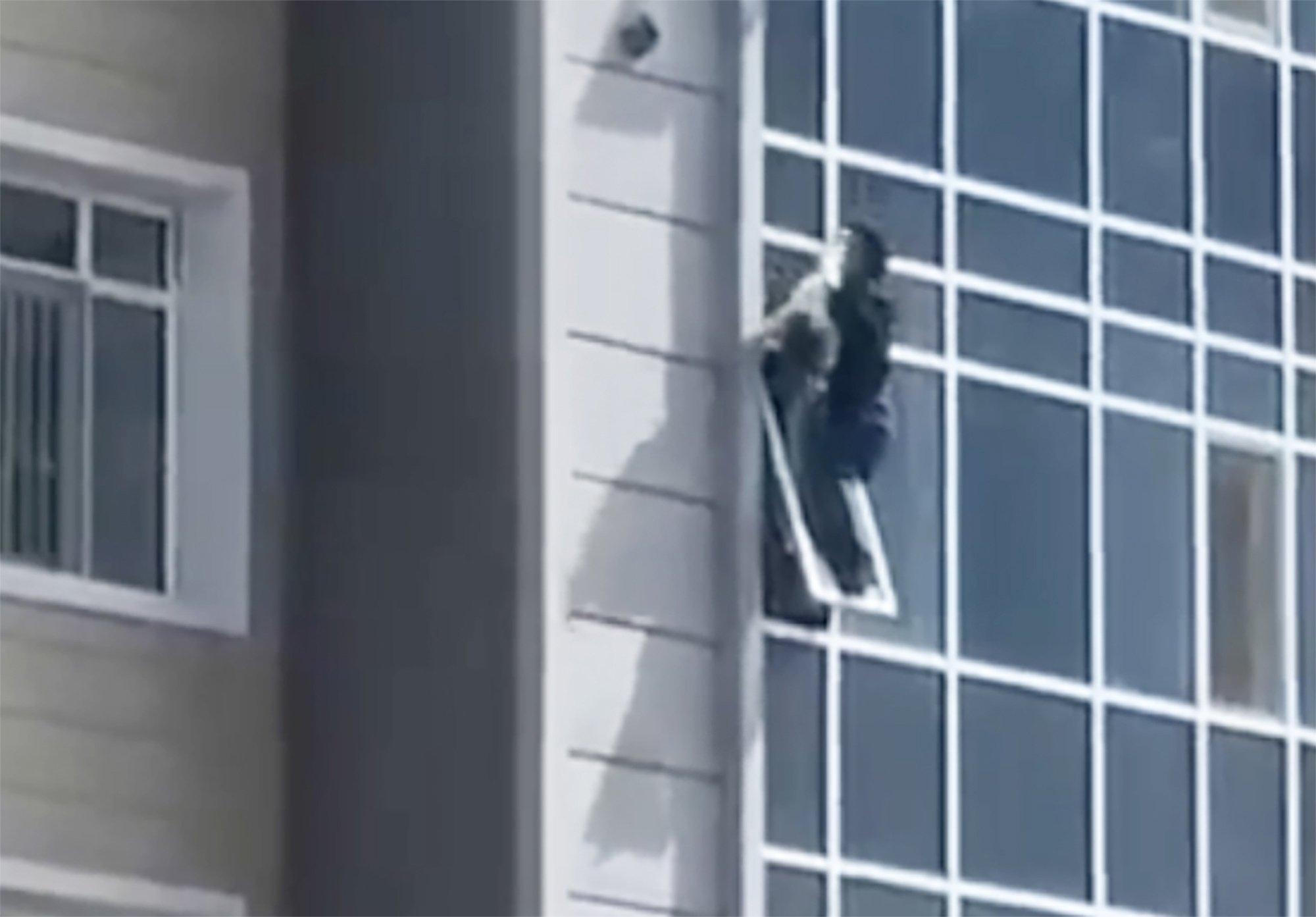 Reaching up he grabbed the girl’s legs and pulled her down, cradling her in his arms before passing her through the open window to his friend.

He added: ‘I didn’t even see her parents.’

‘Afterwards, I went straight to work with my friend. Nobody knew that this would happen.

‘I just saved the child and left, and in the news and social networks they suddenly began to call me a hero.

‘I do not consider my actions heroic.

‘To me, everyone should lend a helping hand in such situations.’

Sabit has been hailed a hero for the mission impossible-esque rescue – and was awarded a medal by the city’s deputy emergency minister.

Local media report he will also be given a three-bedroom apartment and television.

Until now, he had been living alone in Nur-Sultan and sending money home to his family – who were in Kyzlorda.

The new apartment will mean his family, which includes his three daughters and a son, can join him in the city.

Emergency services were called to the scene on May 11 at 10.21am, after the received reports that a child was hanging from a window.

‘By the time of arrival, it was established that a man had saved the child dangling from the window on the eighth floor.

‘Fortunately, our hero Shontakbaev Sabit, born in 1985, seeing the hanging, crying child, without hesitation and risking his own life, took emergency action and literally caught and saved the little girl’s life in a matter of seconds.’

But the ministry also used the dramatic rescue as an opportunity to issue a warning.

They added: ‘Dear parents, this was a happy occasion when the child was rescued safely, but there are many other incidents with a tragic outcome.

‘Do not leave windows open if there is a small child at home, because you could be distracted for a second, and this could end your child’s life or disable them forever.’