Hope dims as days pass in search and recovery at Florida condo collapse. 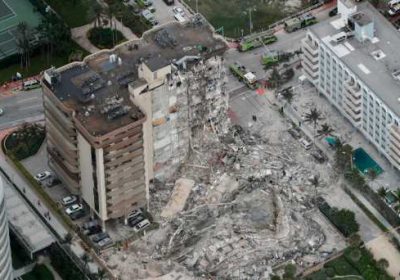 Six bodies were recovered from the ruins of the collapsed Florida condo tower on Wednesday, brining the number of confirmed dead to 18 as family members of the missing hold on with hope and prayers.

Cassondra Stratton, 40, a Colorado woman known as Cassie, is among the missing since the collapse happened a week ago.

On Wednesday, her husband, Michael, a Colorado native and resident, released a statement from Florida, where he continues a vigil.

“While I continue to pray for a miracle, hope dims with each excruciating day. Cassie’s life was filled with love, friendship and adventure. No one who knows Cassie can think of her even now without a smile. Her passion for life would light up every room. Her interest in everyone she met made them feel important and noticed,” Stratton said in the statement. “The love she gave to so many reverberates around the world in a chorus of hopes and prayers that I know she can feel. I want to share my heartfelt appreciation for the brave women and men who are risking their own lives to find our loved ones. Home is wherever Cassie was and it’s how she made those around her feel. As we carry her in our hearts, she continues to give joy — and always will.”

The number of residents unaccounted was at 145 on Wednesday.

Cassie and her husband were talking on the telephone about 1:30 a.m. last Thursday, she in their condominium, he in Colorado at the time, when she described the building shaking. The phone went dead. Michael Stratton flew to Florida later that day.

The Associated Press contributed to this story.