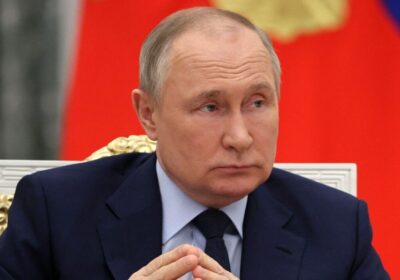 Evidence has been compiled by forensic scientists, who believe some women discovered in mass graves near the Ukrainian capital Kyiv were raped before they were killed. The 14-year-old victim in the formerly occupied town of Bucha was then warned by medical professionals that, as a result of the attack, she will likely be unable to have any more children in the future.

This has meant the girl is now on the road to accepting the child, after being told this pregnancy could be her only shot at biological motherhood, the teenager’s psychologist has said on behalf of the family.

Oleksandra Kvitko then revealed this is far from the only case she has worked with in recent months.

She has helped a total of five girls between 14 and 18, who were left pregnant after sexual attacks from Russian forces in Ukraine.

The youngest victim under the psychologist’s care is just 10 years old.

Ms Kvitko predicted that, “after the war, there will be many pregnant teenagers in Ukraine”, with Ukraine’s ombudsman for human rights saying only a small percentage of the victims have come forward and are ready to tell their stories.

Earlier this month, Lyudmila Denisova told the BBC that it was “impossible” to gauge the scale of sexual crimes against the Ukrainian population because the victims cannot face the process of officially recording their testimony.

As for the Russian occupation of Bucha, Ms Denisova described the “systematic rape” of around 25 girls and women between the ages of 14 and 24.

The horrors took place “in the basement of one house in Bucha”, she added, and, now, “nine of them are pregnant”.

She said: “Russian soldiers told them they would rape them to the point where they wouldn’t want sexual contact with any man, to prevent them from having Ukrainian children.”

A number of cases of brutal rapes have been recorded in occupied Ukrainian towns, including a 50-year-old woman known by the pseudonym Anna, who was told by a Russian soldier: “Take your clothes off or I’ll shoot you.”

She was separated from her husband, who she then found shot in the abdomen after the ordeal.

Russian soldiers then stayed at Anna’s home for days, and she described how they would “get high and they were often drunk”.

But a number of the women who fall pregnant after being rapes are unable to terminate the pregnancies they never wanted, according to the chairwoman of the Civil Liberties Centre.

For those seeking safety from war in neighbouring Poland, “Ukrainian women who were raped by Russians and left to Poland cannot have abortions there”, Oleksandra Matviychuk tweeted.

She added: “[This] destroys lives of both.”

Recent predictions from the United Nations’ refugee agency say that 8.3 million people are expected to leave Ukraine in 2022.

Over five million people have already left Ukrainian territory, with a further 7.7 million internally displaced since the start of the war.

Of the fleeing refugees, millions have already arrived in Poland, with estimates placing the number in the region of three million.

Ms Matviychuk described that among those desperately seeking safety in Poland are women who were raped and became pregnant.

She said: “Sexual violence in war is the most hidden crime.”