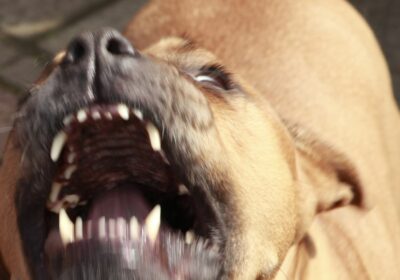 Four people were taken to hospital following a horrifying dog attack at a home in Aberdeen.

Officers received a report of the animal having attacked people in a property in Crown Street, Aberdeen at around 5:15pm on Tuesday afternoon (September 6).

Emergency services rushed to the scene in a desperate bid to help the people, aged 25, 27, 55 and 57, who were then taken to Aberdeen Royal Infirmary for treatment, the Daily Record reports.

The conditions of the people are not currently known, but it is understood the dog has been handed over to the Scottish SPCA.

A Police Scotland spokesperson said: "At around 5.15pm on Tuesday, September 6, we were called to a report of a dog having attacked people within a property in Crown Street, Aberdeen."

The spokesperson added: "A 57-year-old woman has been charged in connection and is due to appear at Aberdeen Sheriff Court at a later date."

The Daily Star has contacted the Scottish SPCA for comment.

Dog attacks seem to be on the rise in the UK according to reports, and an onslaught of tragic incidents have made headlines in recent weeks.

Some have proven to be fatal and in other cases people have lost limbs or been severely impacted – not to mention potentially losing a bond with a formerly beloved pet.

But in a slightly more light-hearted incident a vegan influencer lost nothing but his ethics when he was attacked by a dog, claiming he claimed to turn his back on the diet and went straight to McDonald's afterward.

Mariano de la Canal told Argentine media that he headed straight to the fast food chain after the attack left him "feeling betrayed by the animal kingdom".

"The truth is that I campaigned for all that, veganism, vegetarianism, all that."

"But a dog bit me on the street and I said: 'Wow, I'm trying a lot for them and one of their pack comes and bites me!' So no, I went to McDonald's, automatically."