Home » World News » I got scammed out of £6,500 by a fraudster pretending to be my daughter on WhatsApp… and now my bank can’t get it back

I got scammed out of £6,500 by a fraudster pretending to be my daughter on WhatsApp… and now my bank can’t get it back

A GRAN was left £6,500 out of pocket after claiming a fraudster posed as her daughter on WhatsApp.

Grandmother Teresa Griffiths believed the texts were from her daughter, who was upset over an outstanding bill – and offered to pay it. 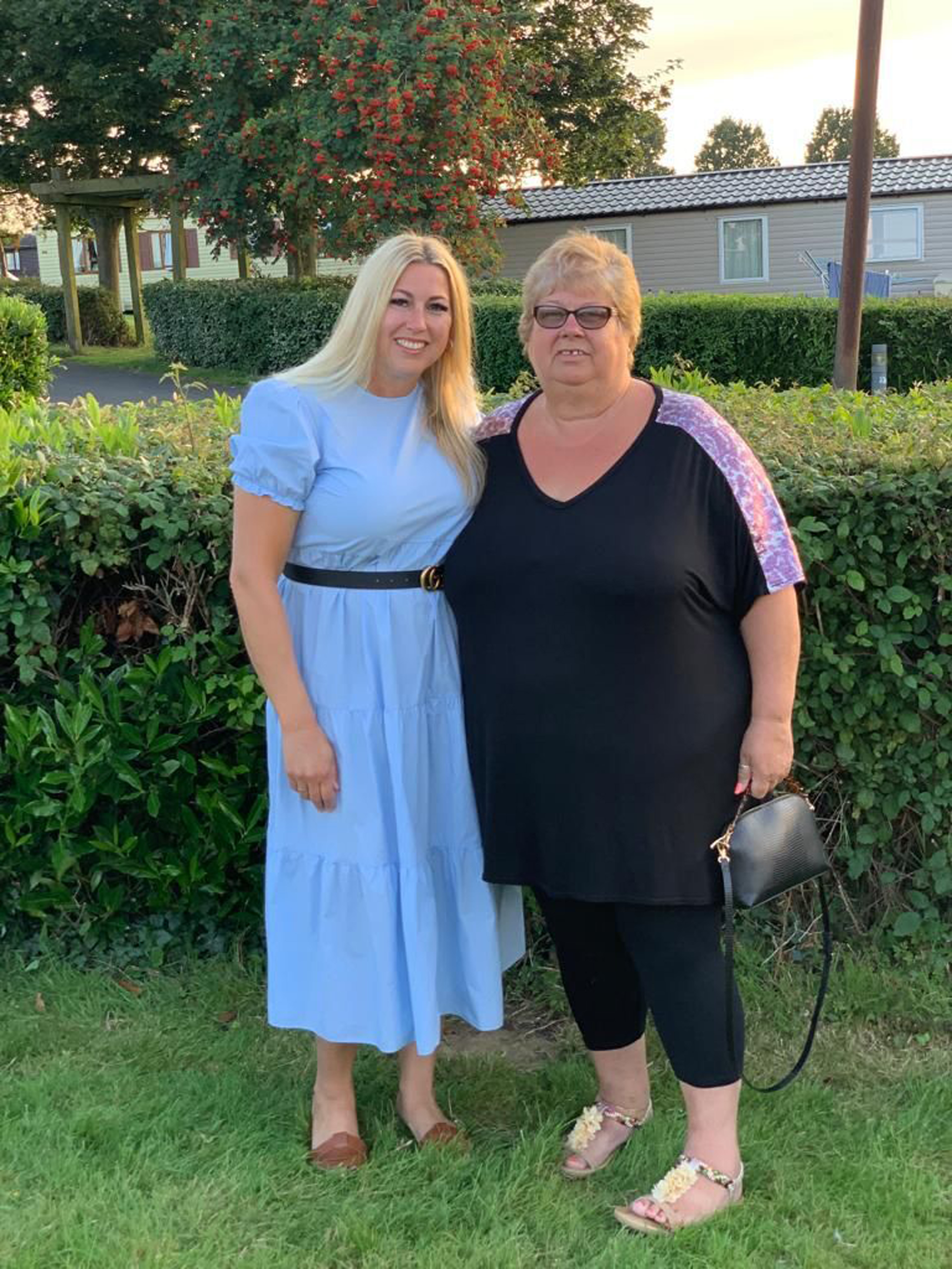 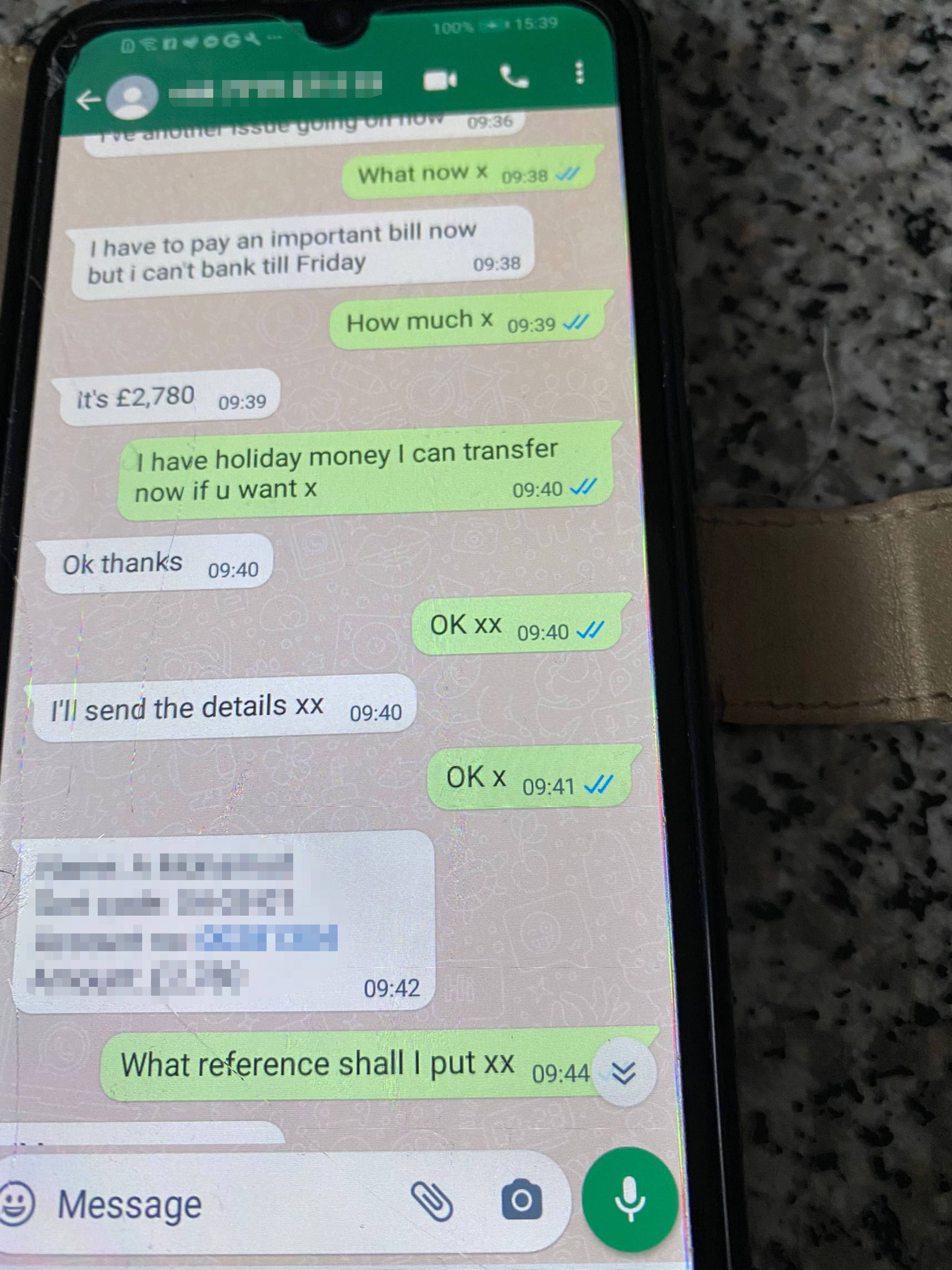 But she claims the messages were actually from a scammer and the unsuspecting 62-year-old says she handed over £6,572 before realising she had been tricked.

Teresa from Bedfont, West London, was distraught to find out she had lost the money she had been saving for a once in a life time 60th birthday trip to Las Vegas.

The single mum of two was targeted in June this year and claims she was sickened to later discover Santander, who she banks with, could not help retrieve the cash.

Teresa was enjoying the sunshine in her garden at home with friends when she says she received the first WhatsApp message from the fraudster which said “hi mum”.

She claims the messages then went on to say they had dropped their phone down the toilet and had a new number.

Teresa said: “The messages were written just how my daughter, Louise, writes texts.”

Believing she was texting her 40-year-old daughter, Louise Scott, who was having building work done at the time, the messages continued to say they had forgotten to pay a bill for £2,780.

Teresa said: “I offered her the money. I thought it was for the work she was having done at the house.

“Even when they gave me a different bank account, I thought I was paying the builder direct.

“Yes, I was stupid to offer to help, but they would have asked anyway, that's obviously where it would have led to.

“I’m a mum and gran and I wanted to help – these scammers prey on mums who want to help their children, it’s an instant reaction to help if you can.”

The scammer then asked Teresa to pay for a second forgotten bill for £3,792 and within minutes Teresa has transferred thousands of pounds of savings, unaware it wasn’t her daughter.

But when the con artist pushed their luck and asked for a third payment of £2,120 Teresa heard alarm bells.

“When they asked for more and I said I didn’t have it, they said just pay what you’ve got. That’s when I thought that doesn’t sound like my daughter.”

I’m a mum and gran and I wanted to help – these scammers prey on mums who want to help their children, it’s an instant reaction to help if you can.

Worryingly, when Teresa asked the scammer the names of her grandchildren, she claims they knew the information and laughed off the question.

Now worried, Teresa knew her daughter was at work, so instead she called her son-in-law and was horrified to realise it was the victim of a scam and it was too late to stop the two transactions already paid.

Teresa, who doesn't work due to ill health said she felt sick to her stomach when she realised what had happened.

She said: “Hindsight is a wonderful thing but I didn’t think about it at the time.

“I felt sick and empty. How could I be so stupid?

“I am usually more aware but was off my guard because I genuinely thought I was talking to my daughter."

Teresa's daughter Louise and her son, Lee, 32, were both heartbroken to realise what had happened and urged their mum to contact the bank.

Teresa, who has three grandchildren added: “It was all my savings, we wanted to go to Vegas and New York for my 60th. It was cancelled due to Covid, so I had the money in my account ready for when we could book again.

“It was a trip of a lifetime and now it’s gone.

“Santander said they would look into it. They put me in touch with the fraud team but eventually I had a letter basically saying it was my own fault and the investigation was closed.

“Yes, I authorised it but I believed it was for my daughter.

“The bank was dismissive and the scammers are not stupid, my money was long gone, taken out of that account straight away.

“They have gotten away with it and even now I think, did this really happen to me? "

She said: “I told friends and family and even just talking to people we know, I realised how common these scams are."

Now Teresa hopes that by speaking out she will save someone else the heart ache of going through what she has.

She said: “If nothing else I just want to raise awareness of what has happened and hopefully stop someone else falling for it.

“I know some people will say they would never fall for it, and I am glad they wouldn’t, but people are losing their hard-earned money and by speaking out I want to try and raise awareness.

"If you are asked for money never trust you know who you are talking to.

“I have lost thousands and I just hope it never happens to anyone reading this.”

A spokesperson for Santander said: "Using messenger apps, such as WhatsApp, to pretend to be someone’s family or friend in need is another unsettling way fraudsters deceive their victims.

"With new scams emerging all the time, it’s more important than ever to challenge something if it doesn’t look right and if you receive an unexpected payment request from anyone, take a few minutes to check it’s genuine.” 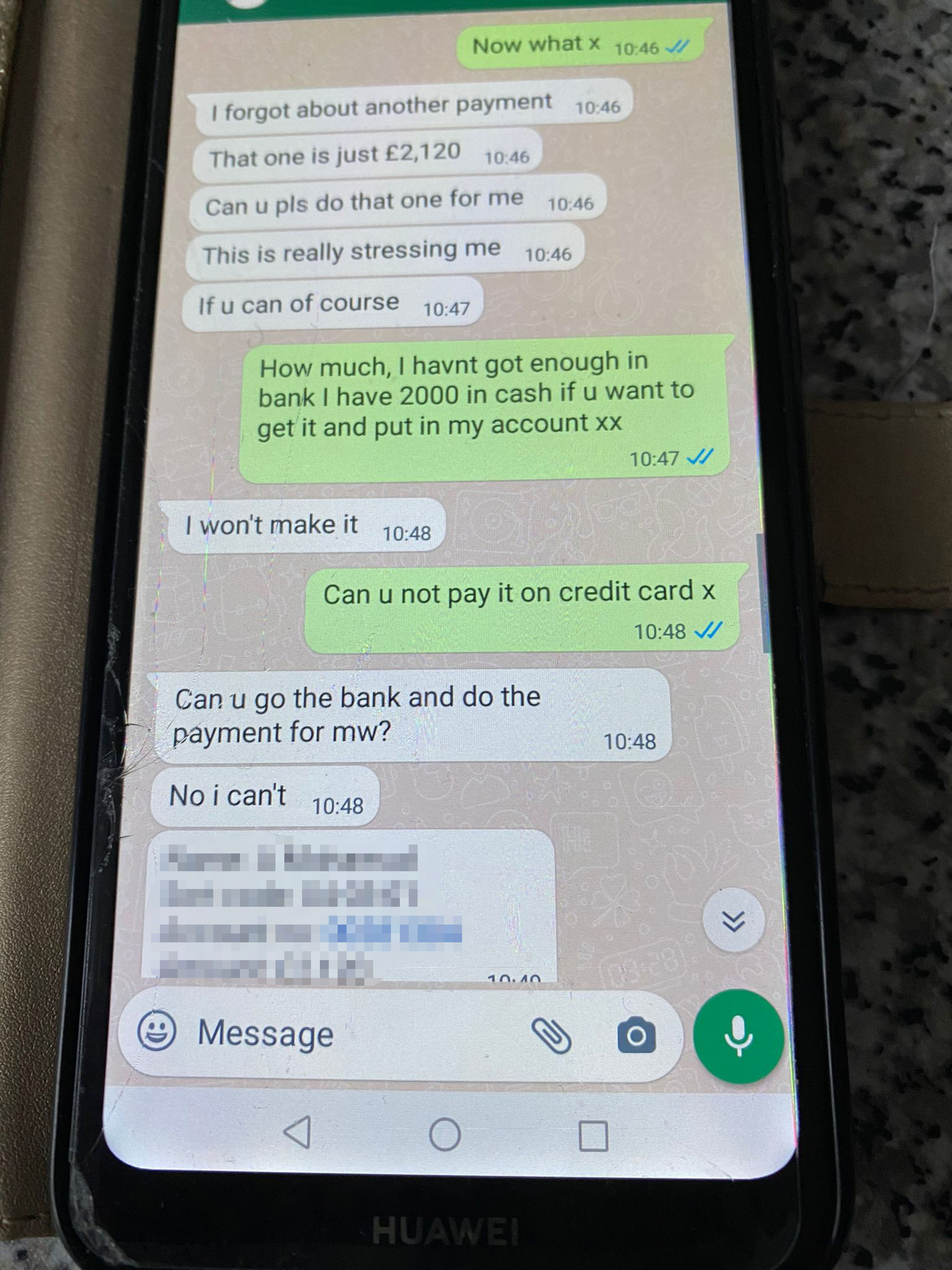 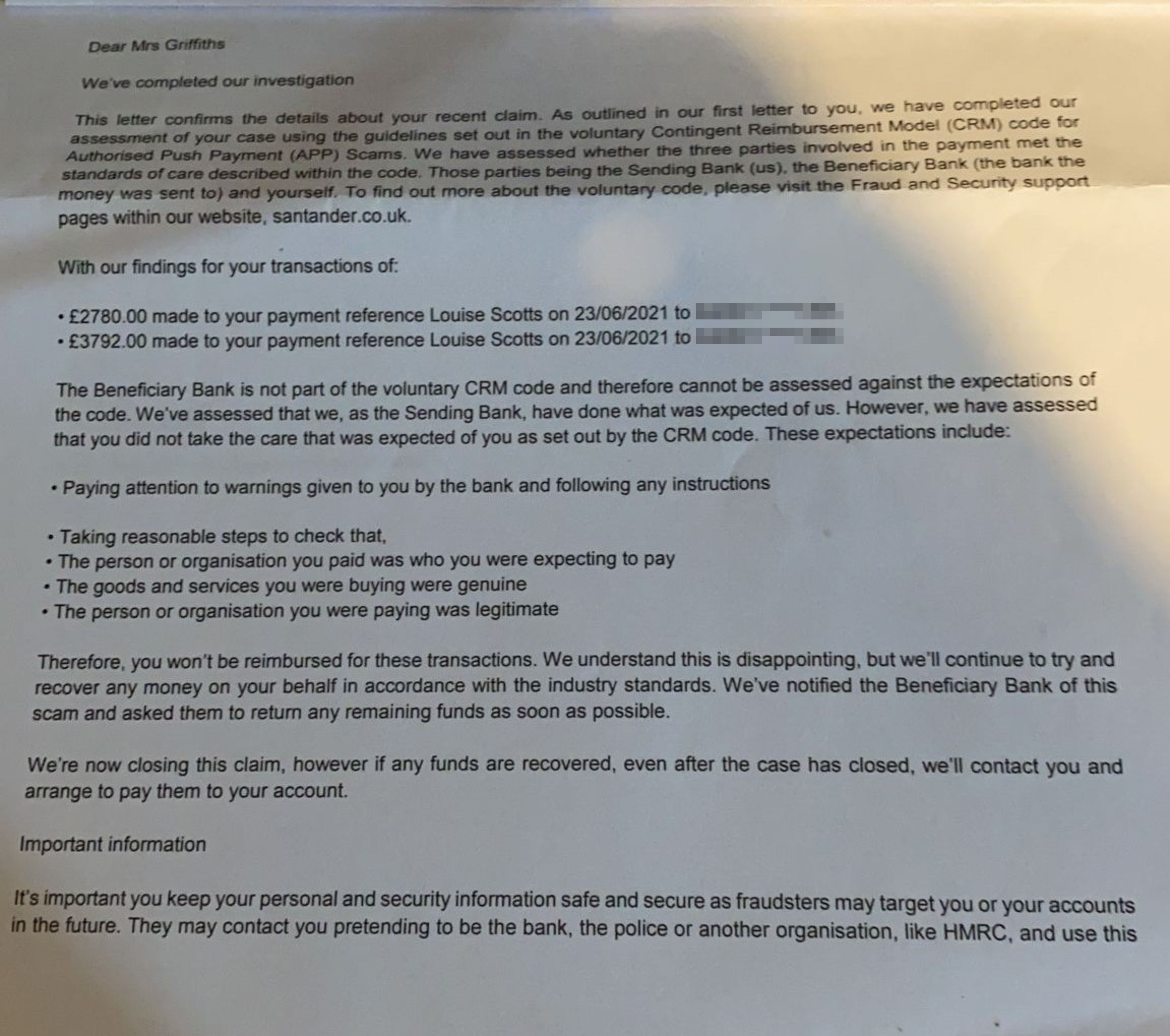 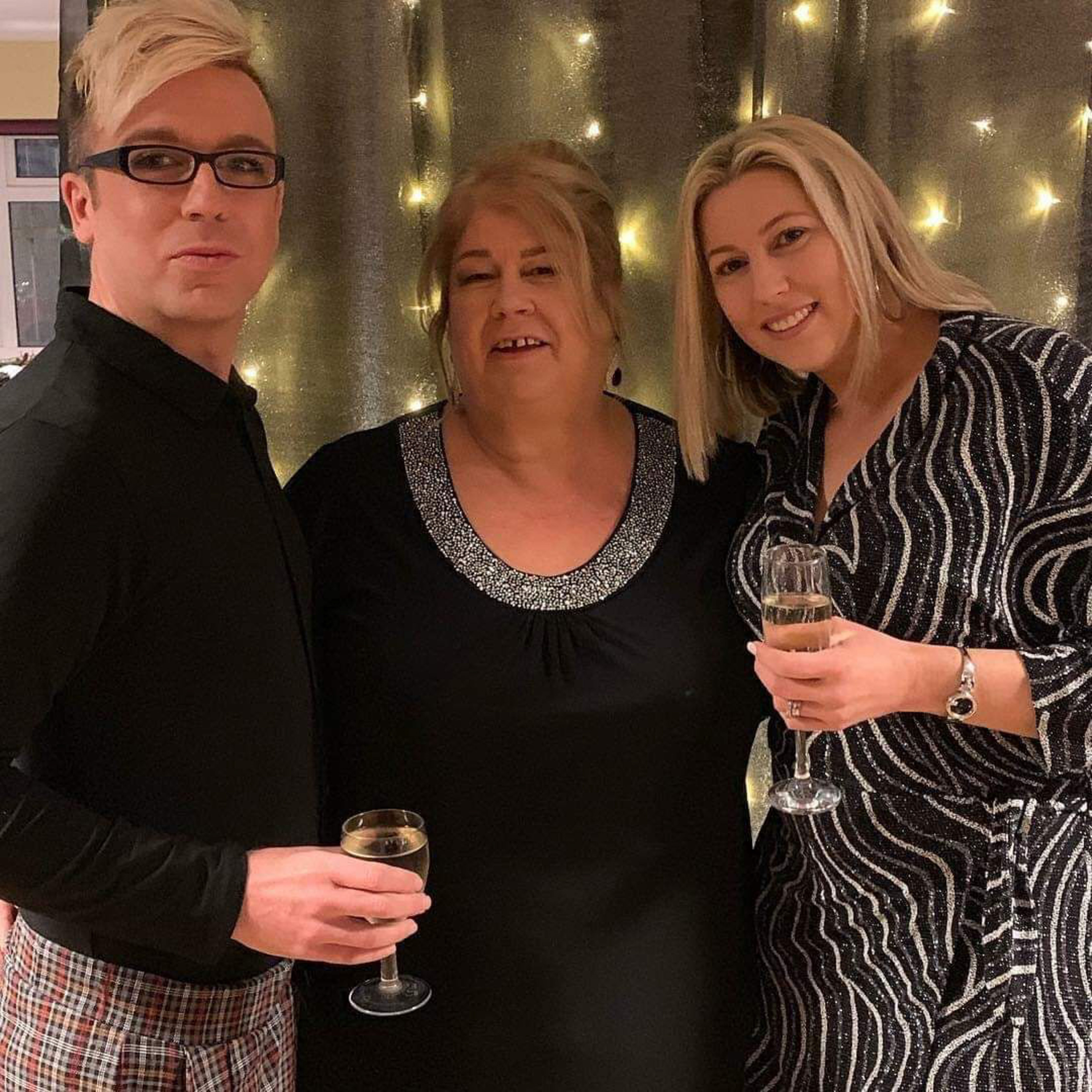