The maker of the Gibson guitar, omnipresent for decades on the American music stage, is filing for bankruptcy protection after wrestling for years with debt.

A pre-negotiated reorganization plan filed Tuesday will allow Gibson Brands Inc. to continue operations with $135 million in financing from lenders.

Gibson guitars have been esteemed by generations of guitar legends. After Chuck Berry died, his beloved cherry-red Gibson guitar was bolted to the inside of his coffin lid.

David Bowie favored the 1989 Gibson L4 when he fronted Tin Machine. Slash swears by them.

‘It is one of the most widely recognized brand names on planet Earth,’ said George Gruhn of Gruhn Guitars, a world-famous vintage instrument store. 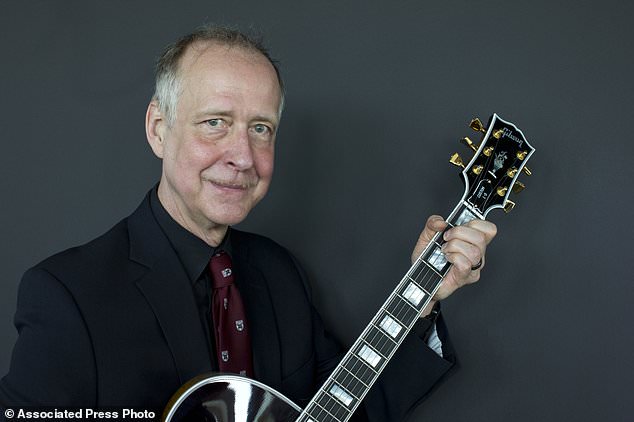 Henry Juszkiewicz, CEO of Gibson Brands, poses for a portrait on June 17, 2016. The maker of the Gibson guitar, omnipresent for decades on the American rock ‘n’ roll stage, is filing for bankruptcy protection after wrestling for years with debt 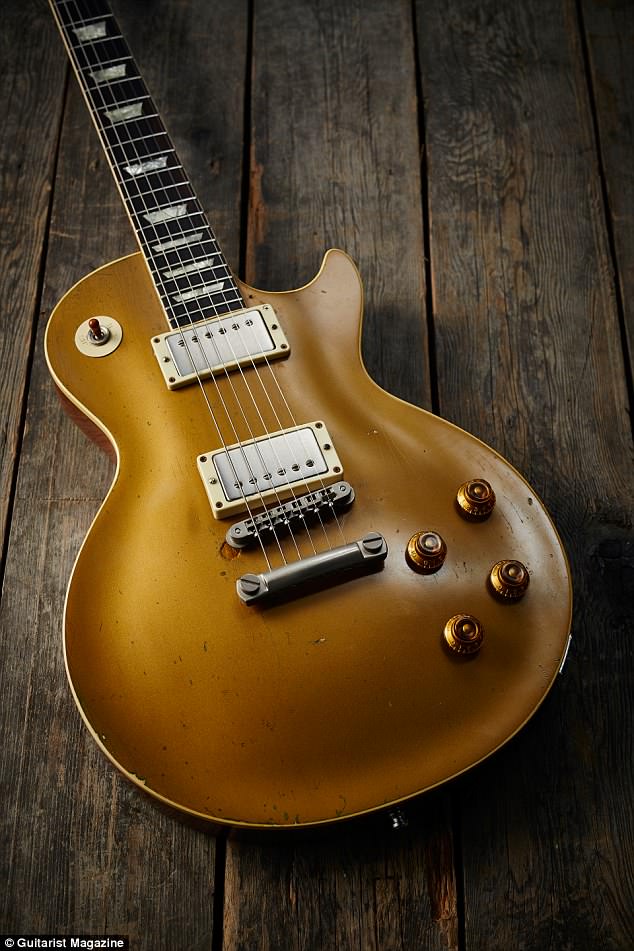 Founded in 1894 and based in Nashville, Tennessee, Gibson has the top market share in premium electric guitars.

It sells more than 170,000 guitars a year in more than 80 countries, including more than 40 percent of all electric guitars that cost more than $2,000, according to a bankruptcy filing.

The company has already sold off some noncore brands, acquisitions that contributed to its burdensome debt load.

Gibson has begun the liquidation process for its debt-plagued, struggling international Gibson Innovations division, which sells headphones, speakers, accessories and other electronics.

‘The decision to re-focus on our core business, musical instruments, combined with the significant support from our noteholders, we believe will assure the company’s long-term stability and financial health,’ Henry Juszkiewicz, Gibson chairman and CEO, said in a news release. 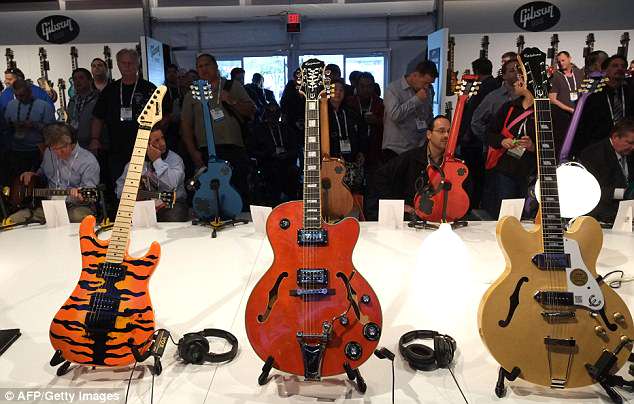 In this file photo taken on January 7, 2014, visitors check Gibson’s guitars during the 2014 International CES at the Las Vegas Convention Center 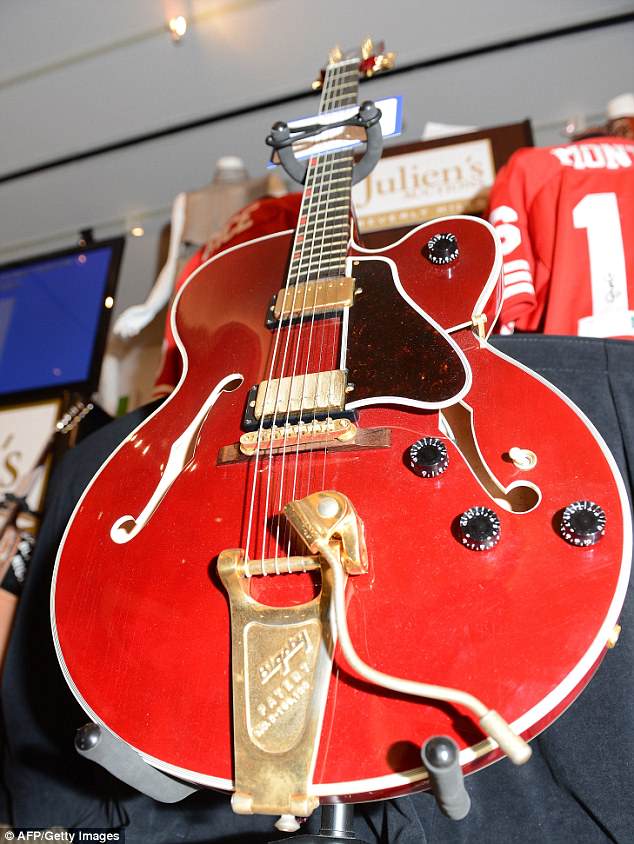 Gruhn, an expert on guitars of all kinds, said the company’s bankruptcy was predictable after it expanded into the home electronics business. But that doesn’t mean the Gibson brand will simply go away, Gruhn added.

‘The brand name and company’s reputation for making guitars is tarnished, but not dead by any means, and it’s very much capable of being resuscitated,’ Gruhn said.

In the hands of musicians from B.B. King to Eric Clapton, Jimmy Page, Duane Allman and Slash, Gibson’s electric guitars have been a foundational element of blues and rock. King’s signature guitar, ‘Lucille,’ was a Gibson.

Legendary jazz guitar player Charlie Christian made history playing a Gibson ES-150 – one of the first ever electric guitars – through an amplifier with the Benny Goodman orchestra. 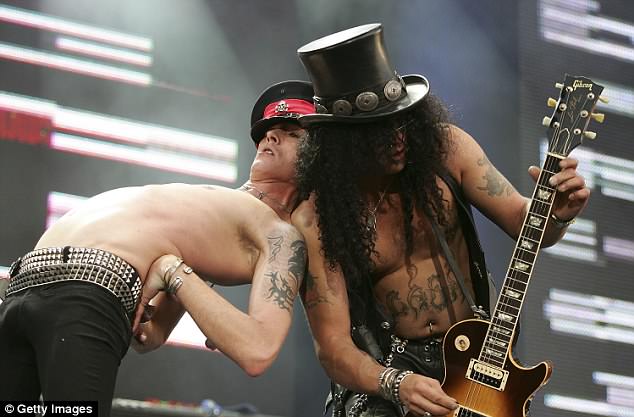 Singer Scott Weiland (L) and guitarist Slash from the band Velvet Revolver perform on stage at ‘Live 8 London’ in Hyde Park on July 2, 2005 in London, England. 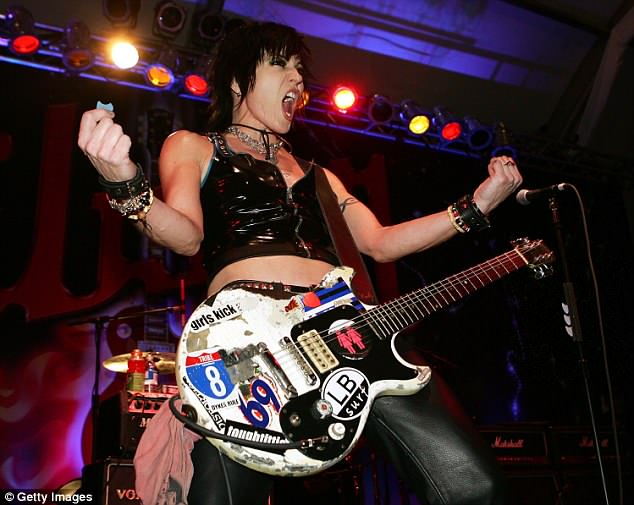 Joan Jett performs with her band Joan Jett and the Blackhearts at the Gibson booth at the Las Vegas Convention Center during the 2007 International Consumer Electronics Show January 9, 2007 in Las Vegas, Nevada 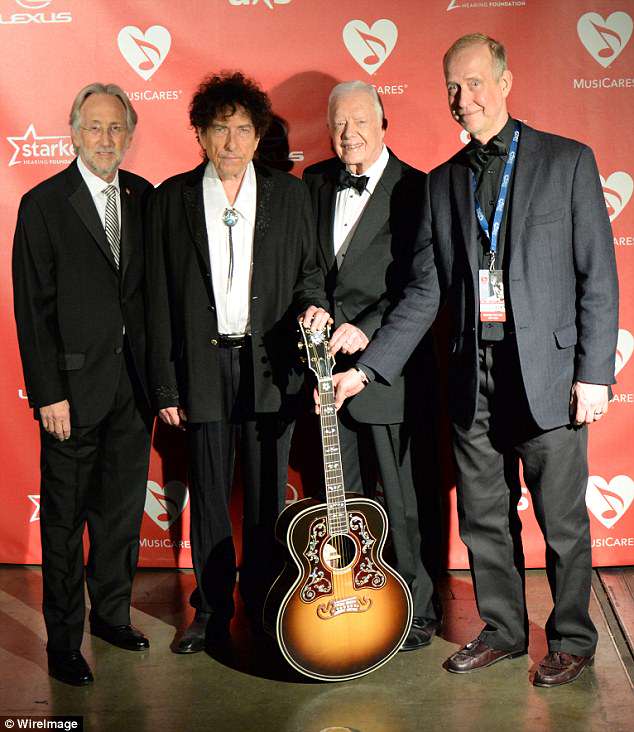 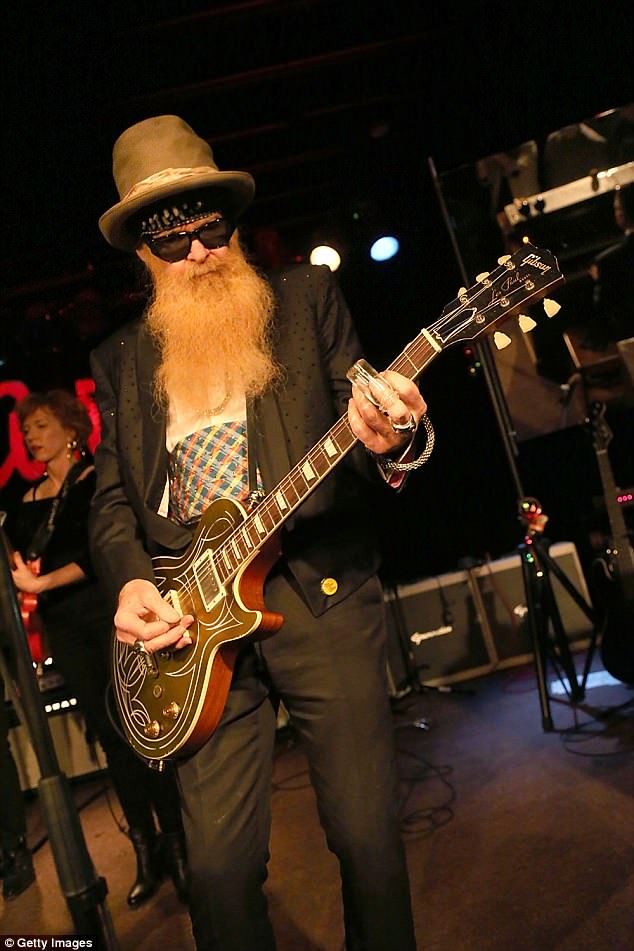 Billy Gibbons performs in concert during the Jungle Show III at Antone’s on December 27, 2017 in Austin, Texas

The later big-bodied Gibson jazz guitars have been in the arsenal of many great players since then, such as Wes Montgomery and Joe Pass.

One of the only known photographs of iconic Delta blues pioneer Robert Johnson shows him with a Gibson L-1 guitar.

And the folk-revival of the 1950s and 1960s wouldn’t have sounded quite so mellow without battalions of steel-string Gibson acoustic guitars among the Martins and Guilds.

In 1952, the company enlisted the services of popular recording artist Les Paul to introduce his namesake signature guitar. Les Paul remains one of the most familiar names in guitar models today.

Elvis Presley didn’t start out with a Gibson but owned and played many of them, according to the website for Graceland, his Memphis home.

Eric Clapton played the solo on the Beatles’ ‘While My Guitar Gently Weeps’ on a Gibson guitar he borrowed from George Harrison, according to GuitarWorld.com.

And Jimmy Page, the legendary guitarist for blues rockers Led Zeppelin, was and remains a longtime Gibson loyalist.

‘It’s hard to name any guitar players who play electric or steel-string acoustics who don’t own a Gibson,’ said Gruhn, the Nashville guitar expert.