In Czech Republic, a fresh state of emergency as second wave hits “I may have gotten carried away,” Czech PM Andrej Babis, a populist billionaire, said in a televised speech on September 21, as he admitted easing coronavirus restrictions too early in the summer.

On the same day, hours earlier, Babis had made the sudden decision to replace his health minister, Adam Vojtech.

With more than 81,000 cases in the Czech Republic, a country of 10.5 million people, the rate of the virus’s spread is among the worst in Europe – almost as severe as in Spain.

On Friday, the country recorded 3,793 new coronavirus cases, the highest daily count since the pandemic hit.

Roman Prymula, the new health minister, has said daily infection rates are among “the worst in the world” – far higher than in the spring, at the peak of the global outbreak.

On Monday, a new state of emergency gets under way in an attempt to contain the virus.

It will last at least 30 days and enforce strict physical distancing by, for instance, closing secondary schools in areas with a large number of infections, banning spectators from sports events and limiting the number of people attending weddings.

“The situation is far out of our control, there is communal spread, we are not managing to track and trace, and hospitals will soon reach their limits,” Jan Paces, a virologist from the Czech Academy of Sciences, told Al Jazeera.

The current race to stem the second wave is in stark contrast to the country’s widely praised handling of the epidemic in March this year, when the government declared a state of emergency before the first COVID-19 death had been registered.

“By being strict from the beginning, we made it through the spring without any breakdowns to the healthcare system,” Vojtech, the former health minister, told Al Jazeera. 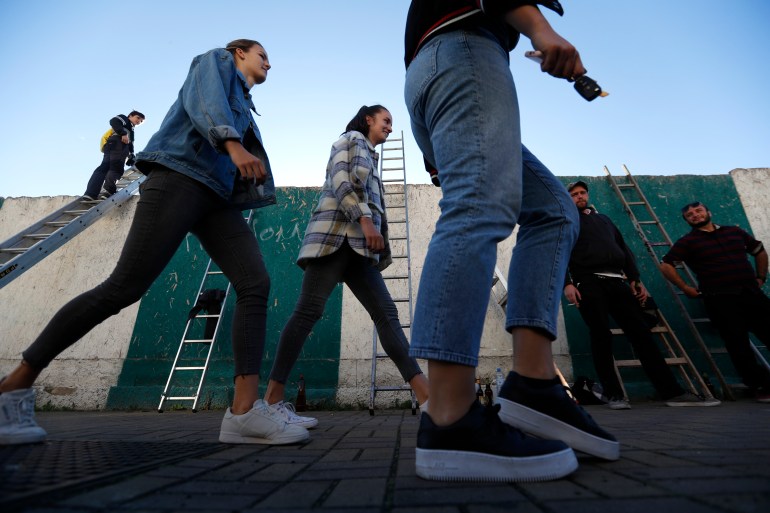 Women walk past fans standing by their ladders before watching a Czech first division match between Bohemians Prague and Zlin in Prague, Czech Republic. Amid restrictive measures that limit the number of football fans from attending the game, fans are looking for innovative ways to watch [Petr David Josek/AP]At the end of June, as Czechs held a COVID-19 farewell party on Charles Bridge in Prague, the country had only 12,000 registered infections.

The low number of cases led to restrictions being loosened, enabling festivals and for the most part unrestricted travel throughout the summer.

Vojtech credits the country’s initial success with making masks mandatory in March after the first state of emergency was implemented; masks were compulsory until the end of May.

Czechs made headlines with a viral video, “Masks for all”, which inspired a global call to action.

“The masks were endorsed by many celebrities and people were disciplined in wearing them. They became a symbol of social responsibility,” said Vojtech.

But Czech citizens soon began questioning the government’s intentions, drawing parallels between the lockdown and past authoritarian rule.

As in many other European nations, many started viewing masks as tools of political oppression.

“With the upcoming regional elections, the virus has become politicised,” said Vojtech, who said he would have preferred policymaking to remain in the hands of health experts.

The Czech PM admitted that “perhaps masks should have remained obligatory throughout the summer”, adding that he lifted the restrictions because he “did not know” how the public would have reacted if they were kept mandatory.

“If some of the measures had stayed in place over the summer, we would not be facing the exponential growth we are seeing today,” said Paces.

Now, with another state of emergency, there are renewed concerns about the society’s ability to cope with more shifts.

Students have only been back at school for one month and teachers are starting to worry about how long they can keep their classrooms open.

“It is refreshing to see my students physically present, but for how long, I do not know,” primary school teacher Jitka Bartlova told Al Jazeera from Liberec city.

She would prefer to keep teaching in the classroom as she relies on her students for feedback, which is difficult to gauge in an online environment.

“When they yawn, I know they are bored, when they look engaged I continue with the current activity.” 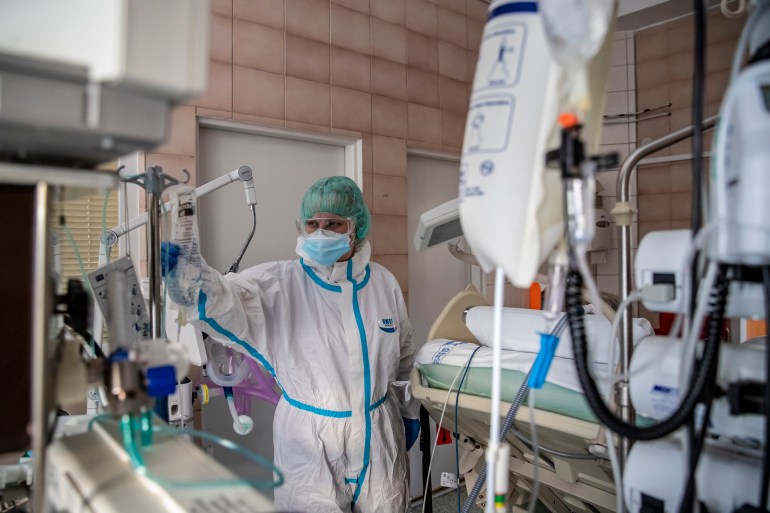 A healthcare worker cares for a COVID-19 patient in an ICU at Na Bulovce hospital in Prague, Czech Republic [Martin Divisek/EPA]Prymula, the health minister, has made it clear he does not want to shut down the economy but limit free-time activities.

But Marketa Adamova-Pekarova, leader of the opposition party TOP09, said: “What a free-time activity is for one person, is employment for somebody else.”

A Prague pub owner, Hajek, said he was concerned that even if businesses like his can remain open, people will not eat out. “We are currently at 40 percent of pre-COVID profit,” he told Al Jazeera.

It was not until two months after the initial lockdown that he received governmental financial aid of just 500 Czech crowns ($22) per day.

He is now faced with more uncertainty as there has been no indication of further aid.

“In addition to chaotic communication from the government, there is little call for action to support local business from the public,” he said.

During the first wave, three out of four Czech parents who stayed at home with their children were women, who are subject to a 20.1-percent gender pay gap, one of the highest in Europe.

“When a family is faced with the decision about who will stay at home, they are likely to choose the one with lower income, which are, in the vast majority of cases, women,” said Pekarova.

More broadly, she added: “The growing distrust in the government’s competency will have strong consequences on how the public receives the newly introduced regulations.

“The PM displayed a complete incapacity to communicate regulations as exemplified by the mandated face-coverings in schools in early September, which he took back and swiftly reintroduced in a matter of days.”

Scepticism towards the government has fuelled the proliferation of misinformation. The anti-vax lobby is gaining momentum – 43 percent of Czechs now say they would refuse a coronavirus vaccine, according to a recent survey.

“This is not like war,” said Paces, explaining that the challenge ahead is fairly predictable and manageable. “Countries like Taiwan have set a positive example of managing the pandemic. If we fail to learn from this one, the next one to come will be far worse.” 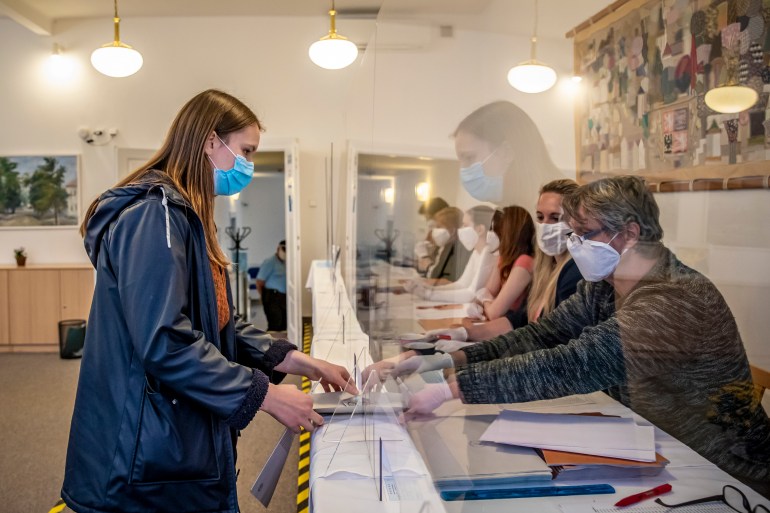