Home » World News » In Montepulciano d’Abruzzo, the Gifts of Simplicity 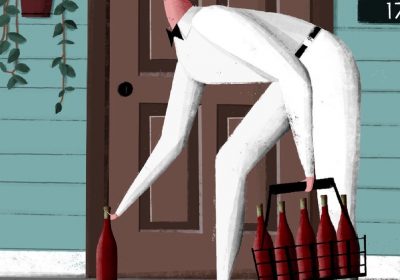 Good, simple, everyday wines, the kind that can be opened without ceremony or permission, hold an exalted place in my heart. These are the bottles most cherished by wine lovers.

Renowned wines can be astounding, complex and contemplative. Those sorts of wines are revered, of course. But, unless you are wealthy and extravagant, they come out only on occasions worthy of the honor. Generally, they are a rare pleasure.

Most people spend far more time with everyday wines, those that require no occasion at all except a meal. If you regularly enjoy wine, notwithstanding New Year’s resolutions, detox regimes and other intermittent interruptions, these sorts of bottles do the most to shape your relationship with wine.

It’s worth taking a few moments to consider what we mean by “simple.” It’s a word too often confused with “unthinking,” by which I mean both selecting bottles without thought or deliberation and then paying them no mind when consuming. Some people also think of “simple” as mundane, contrasting it with complex, which, we all know, carries a positive connotation with wine.

Here at Wine School, we think of simple in several more positive ways. First, we use it in terms of farming and production. The simpler the processes, most of the time, the better the wine.

By this way of thinking, the best wines, whether the inexpensive nightly bottle or the rarest and most precious, will always be simple. To work simply, though, is the opposite of working thoughtlessly. It requires great skill and dedication.

What sets apart the everyday wine from the occasional treat? The beauty and profundity of that special bottle may provoke discussions and a sense of wonder. It rewards concentration and thought, and it may be forever memorable.

The everyday bottle offers pleasures on a more immediate level. It does not require the same degree of absorption. Its deliciousness is direct. It might offer something more than that as well, a connection to its place of origin or to the people who made it, if you’re tuned in to that sort of thing.

It pays to think of these everyday wines as staples of the table, something you are always pleased — though never surprised — to see, like a loaf of bread, a dish of olives, a bowl of rice or whatever your family tradition might be.

A good everyday bottle is like a fine baguette. Taking a bite, you appreciate its aroma and freshness, its dense texture and yeasty, nutlike flavor. It’s got life, unlike so many dull supermarket baguettes that have all the character of plastic foam.

Many people, for whatever reason, are happy to settle for the lifeless loaf. But if that good baguette struck a meaningful chord, then you become more discerning. It’s still just a familiar loaf of bread, but you are now invested in seeking out the pleasure of a good one.

The same is true with the everyday bottle. Once you perceive the differences between one bottle full of energy and soul and another seemingly inert, you do not want to settle for whatever product happens to be on the supermarket shelf. You prefer a wine like that good baguette: honest, direct, elemental and without pretension.

Those characteristics distinguish the second application of simplicity: wines that are not fancy, grandiose or gaudy. They are instead straightforward expressions produced by skilled craftspeople who are interested primarily in making the best wine they can from their part of the world, rather than tailoring a product for a presumed audience.

At Wine School we care most about these simple, everyday wines. Not only do they offer a gorgeous spectrum of accessible pleasures, but they set the baseline for coming to confident grips with your own preferences.

I’ve been thinking about simplicity over the course of the last month as we have been drinking Montepulciano d’Abruzzo, a red from the Abruzzo region of central Italy, made with the montepulciano grape.

Several readers saw these wines as epitomizing the everyday bottles. Joseph of Île de France paired the De Fermo with pizza, after a day of hiking, and said he found it “grounding.”

“It was a reminder of the simple pleasures of food and wine — uncomplicated and relaxing after the pressures of holiday cooking,” he said.

Others echoed Joseph. Peter of Philadelphia said the combination of Montepulciano d’Abruzzo and lasagna “made for the kind of simple meal I enjoy, where the wine and the food work together synergistically.” And Ken of Frankfurt, Germany, noted that Montepulciano d’Abruzzo was “the workhorse red of Italian restaurants all over Germany.”

Words like “workhorse” are hardly more inspiring than “simple.” Yet a lot can be said for wines that get the job done, by which I mean refresh, satisfy and go well with whatever you are eating.

For a long time, Montepulciano d’Abruzzo might have fit a few of the less-flattering synonyms of workhorse, like drudge or plodder. Back in the 1980s, when I was getting into wine, a lot of the Montepulciano d’Abruzzo was uninspiring stuff, either heavy and uninteresting, or — at the turn of the century — oaky and jammy, as some producers tried to jump onto the bandwagon for rich, plush wines.

More recently, however, a growing number of small, serious producers has appeared, and the wines have gotten better and better. Many of them are making the best of what Ian D’Agata, in his excellent book “Native Wine Grapes of Italy,” called montepulciano’s “thoroughbred potential.”

I thought the three wines I chose all showed the promising side of the grape and place. They were excellent bottles made by producers working simply, without artifice.

I’ve had the Cirelli several times and have always enjoyed it. Francesco and Michela Cirelli manage an organic farm that produces olive oil, vegetables, fruit and meats in addition to wine.

The wine was inky purple, with the sweet-bitter flavor that I find in many Italian reds. I loved the life and breezy freshness I sensed in the wine, and the bright, juicy, floral, mineral flavors. This bottle, a 2019, was the youngest of the three. It was lightly tannic at first, but really opened up in the glass with exposure to air.

The wine, which I had not tried before, was also juicy and fresh, with earthy, mineral flavors. Unlike the Cirelli, which was fermented in stainless steel (partly accounting for the brightness of its fruit), the De Fermo, a 2018, was fermented in concrete. It seemed both more substantial and more subdued, stonier and less exuberant. I liked it very much, too.

Tiberio has become one of my favorite producers. While I’ve primarily had its whites and rosés, the montepulciano is superb as well. Cristiana and Antonio Tiberio, sister and brother, are exacting in their farming and simple and scientific in their approach.

The wine, a 2017, benefited from its extra years of aging, with tannins that had mellowed. Yet it was fresh, bright and lively, with lingering flavors of flowers, minerals and sweet-bitter fruit. Like the Cirelli, it had been fermented and aged in steel tanks, perhaps accounting for that sense of immediacy.

I was surprised by the many readers who seemed quite familiar with Montepulciano d’Abruzzo, enough so that I may revise my belief that the wine is not well known in the United States. Many had favorites they wanted to recommend, including Belposto, Valle Reale, Controvento, Feudi del Duca and Cantine Zaccagnini, a brand seemingly more beloved for the little stick bound to the bottle in a feat of brilliant packaging than for the wine itself.

Montepulciano d’Abruzzo is capable of different things. The wines of Valentini or Emidio Pepe — two expensive, idiosyncratic producers — can stand with the great wines of the world. The three wines we tasted were made to be easygoing. Cirelli and De Fermo also make montepulcianos intended to age and evolve.

But simple wines should not be underestimated. One reader, Dan Barron of New York, described a difficult pandemic meal in which the dish he was preparing, eggplant Parmesan, was taking longer than expected, he was feeling crabby, the hour was late “and the four walls around us were the same as ever, if not just a little closer in.”

He poured the Tiberio.

“Did the wine beguile, amaze or astound?” he said. “No. Another night, maybe it might have, but Thursday night it turned the mood around. Herculean.”