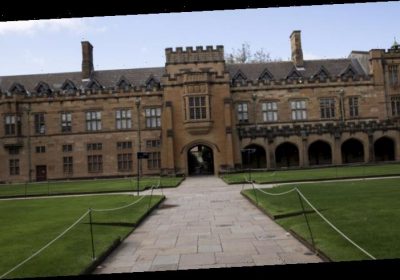 Increased demand from domestic students for university courses has forced some institutions to push the limit on capped enrolment numbers for some courses and to turn applicants away.

An uncertain job market, higher unemployment and the inability to have an overseas gap year had contributed to a growth in demand for higher education opportunities in 2021. 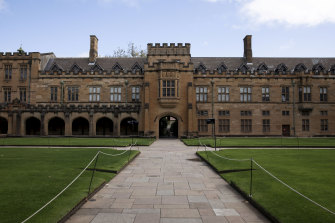 Universities have reported an increase in demand for places from domestic students.Credit:Dominic Lorrimer

A University of Sydney spokeswoman said demand this year for places from local students had been “higher than ever”, including a jump in applications from students who will be the first in their family to go to university.

She said the university’s online study programs had likely contributed to increased demand from local students.

“However it’s still early days, and we won’t be able to confirm our Semester 1 enrolments until after census on 31 March,” the spokeswoman said.

University of NSW deputy vice-chancellor Merlin Crossley said domestic student enrolments were “up on last year”, likely because of pressures on youth employment. But places were limited by the federal government funding cap on enrolment numbers and would not make up for a drop in international student numbers.

“We provided as many opportunities [for domestic students] as we could up to the government’s funding and even a bit beyond if necessary because we have room in our classrooms,” he said.

The University of Queensland said it expects “higher than usual acceptance rates from domestic students in 2021 as fewer students take a gap year to travel”.

“UQ’s first preferences from non-school leavers were 12 per cent higher this year as more workers look to up-skill,” a university spokeswoman said.

“COVID-19 travel restrictions are impacting on international student numbers with applications down 13 per cent compared with 2019 and continuing uncertainty about travel likely to impact on acceptances.”

A spokeswoman for Victoria University said it has seen a 20 per cent lift in higher education domestic applications this year compared to the same time last year.

Swinburne University in Melbourne has also reported an increase in applications from domestic students “in many areas”.

A spokesman for Deakin University said it was expecting an increase in enrolments this year.

“The enrolment period for the 2021 academic year is still in a relatively early stage, however signs via VTAC round one offers are that Deakin’s courses have risen further in popularity with domestic students from last year, with 6,004 first round offers sent out to year 12 school-leavers, compared to 5,500 in 2020,” he said. “While offers don’t equate directly to enrolments, we are anticipating this local demand will result in a rise in domestic enrolments for the 2021 academic year.”

Professor Scott Harrison, acting deputy vice-chancellor at Griffith University, said it had received more applications for health and education courses than it could accept this year. He said a shortage of teachers and people looking for a new career path in an uncertain job market likely contributed to increased demand.

“It’s extraordinary the demand that we have seen there. We’ve taken as many as we can,” he said.

Professor Harrison said a 20 per cent increase in demand for music and performing arts courses, including applications from other states, was the highest demand the university had ever seen for those courses.

He said many students were making decisions about course applications during Melbourne’s COVID-19 lockdown and course offers were being made during the lockdown on Sydney’s northern beaches.

Charles Sturt University interim vice-chancellor Professor John Germov said its online enrolments had increased by 16 per cent this year. More than half of the university’s students normally study online.

A Macquarie University spokeswoman said there has been a “slight increase” in the number of domestic students enrolling compared to last year.

“Applications and acceptances for our programs are about the same level as this time last year – with 2020 representing a decline in applications from 2019,” the spokesman said.

“There is evidence international students will choose to study in countries with open borders even if those countries are less safe than Australia or don’t offer the great experience they’d get at ANU.”

A spokeswoman for Victoria University said it has seen a 20 per cent lift in higher education domestic applications this year compared to this same time last year.