The prime minister of India is set to unveil the world’s largest statue, dedicated to Sardar Patel, a nationalist who helped unite modern India after its independence from Britain, next month.

The Statue of Unity will stand at nearly 600 feet, according to Michael Graves Architecture and Design, part of the multi-firm group constructing the monument. That is almost 200 feet higher than the world’s next largest monument, the Spring Temple Buddha in China, which stands at about 420 feet, and nearly twice the height of the Statue of Liberty, which is 305 feet tall, according to The Telegraph.

The Statue of Unity is expected to attract tens of thousands of tourists per day. The Smithsonian estimates it has cost a staggering $460 million to build. 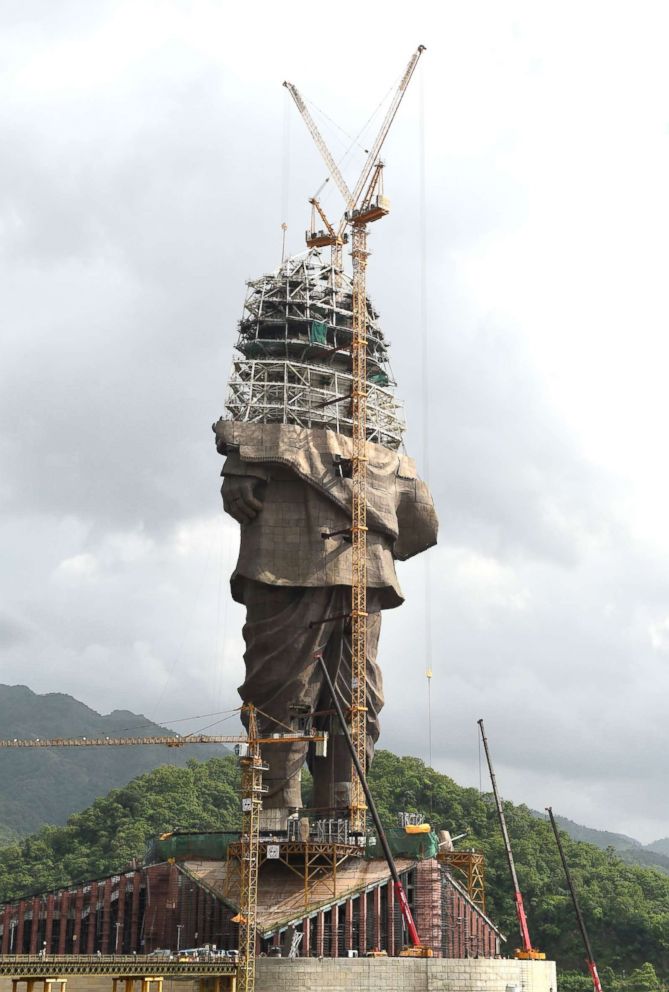 Patel — the first deputy prime minister of India — is a favorite of Prime Minister Narenda Modi and his ruling Bharatiya Janata Party (BJP), according to Dr. Elizabeth Chatterjee, a professor of political science at Queen Mary University of London.

Although Patel was a major figure in the BJP’s rival party, the Indian National Congress (INC), Modi “celebrate[s] Patel as the great uniter of India and a defender of the country’s Hindu majority,” Chatterjee told ABC News. 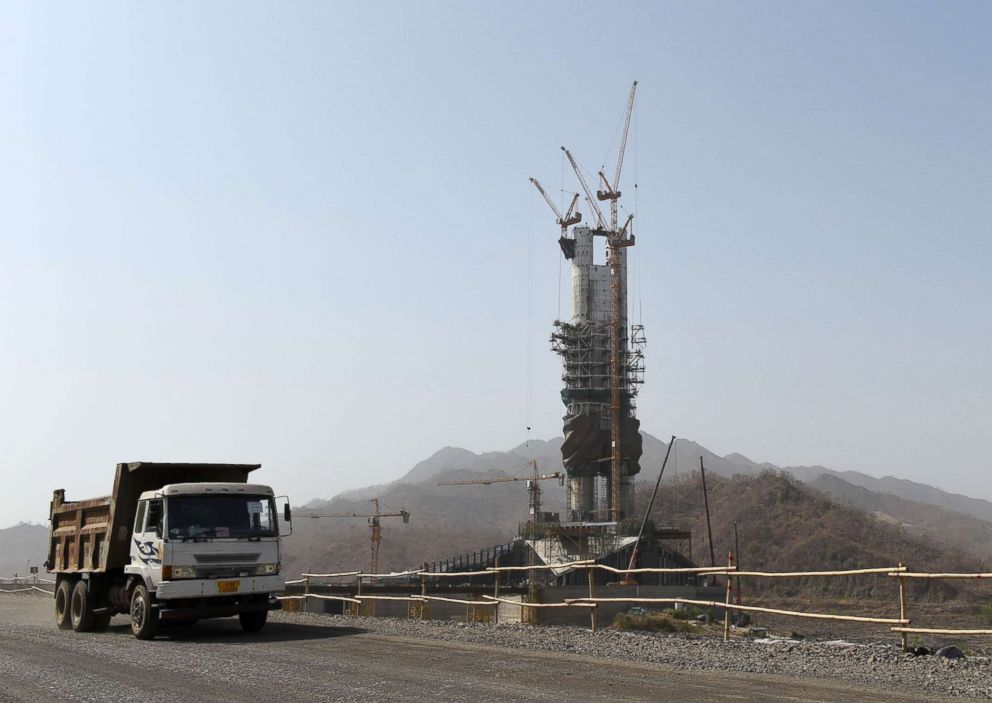 Chaterjee said Modi’s “own image is modeled on Patel’s: a man of action, a forceful administrator, and a close friend of big business.”

Daniel Haines, a historian of colonial India at the University of Bristol, told ABC News the choice to commemorate Patel was unsurprising.

“The freedom movement leaders who are best known in the West, ‘Mahatma’ Gandhi and Jawaharlal Nehru, have lost popularity among many Indians since at least the 1990s, partly due to the mainstreaming of Hindu nationalist philosophy and politics,” he explained. 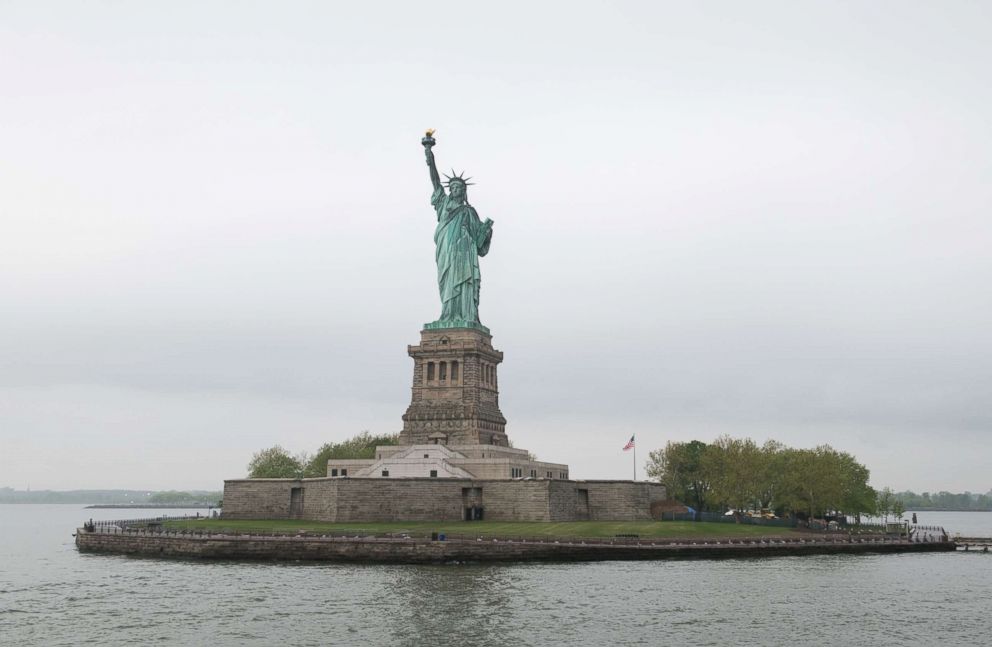 The giant statue will overlook the Sardar Sarovar Dam on the Narmada River, a centerpiece of government economic policy. It will be unveiled on Oct. 31, Patel’s birthday, according to The Indian Express. 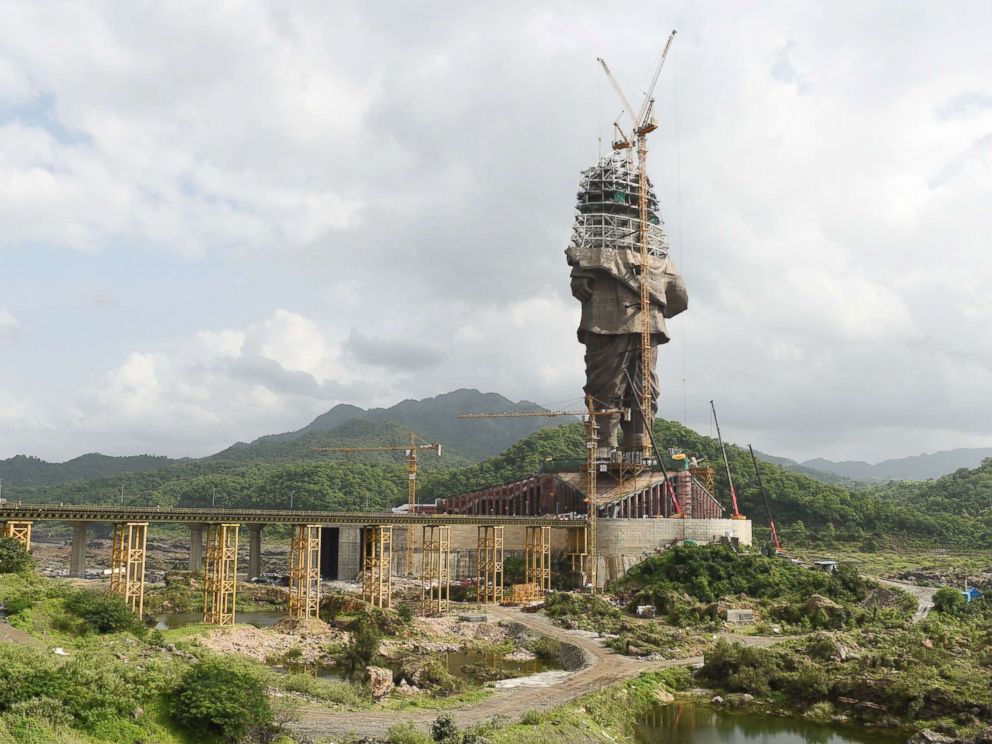